Feminist Coalition has reacted to allegations of ‘secretly’ transferring $51,000 (N23m) worth of bitcoin from donations received during #EndSARS protest that rocked Nigeria last October, into another wallet.

Since the earlier hours of today, the not-for-profit organisation has been trending on Twitter following the allegations, with many calling them out to provide an explanation.

Reacting to the development few hours later, Feminist Coalition released a statement detailing how it has disbursed funds since October 2020 when #EndSARS protest held nationwide.

After the organisation stopped receiving donations on October 23, 2020, Feminist Coalition gave a summary of the total funds it had received and disbursed during the course of the protest.

Giving an explanation about the Bitcoin transaction that they were accused of making, Feminist Coalition confirmed that there was a transfer of Bitcoin from its wallet to another one.

It however said the transaction was initiated on November 16, 2020 from the donation wallet address but was only just confirmed on March 5, 2021.

The organisation stated that it received the proceeds of the sale between November 16th and December 1st 2020.

Explaining why there was a delay in the confirmation of a transaction made in November, Feminist Coalition said it was due to the meagre Bitcoin network fees chosen.

Sharing screenshots of transactions, Feminist Coalition said the blockchain trail gives credence to their transparent use of funds.

“Understanding that the public is still new to cryptocurrency nuances and blockchain technology makes it incumbent on us to provide this clarification.”

The organisation added that report of an audit committee will be publicly available within eight weeks, with independent external auditors’ endorsement. 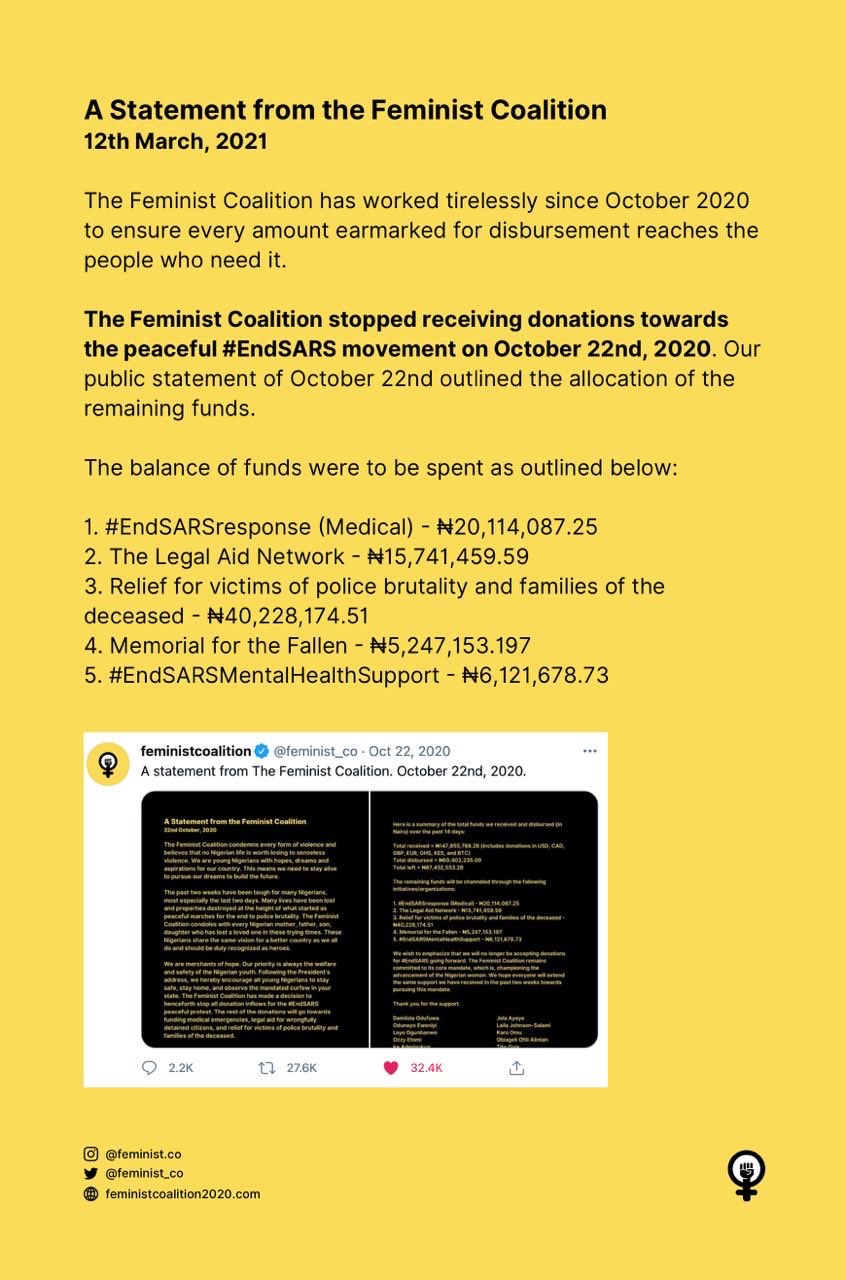 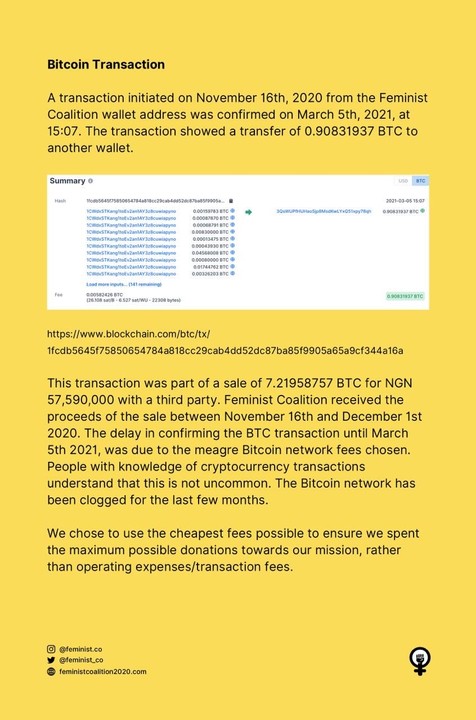 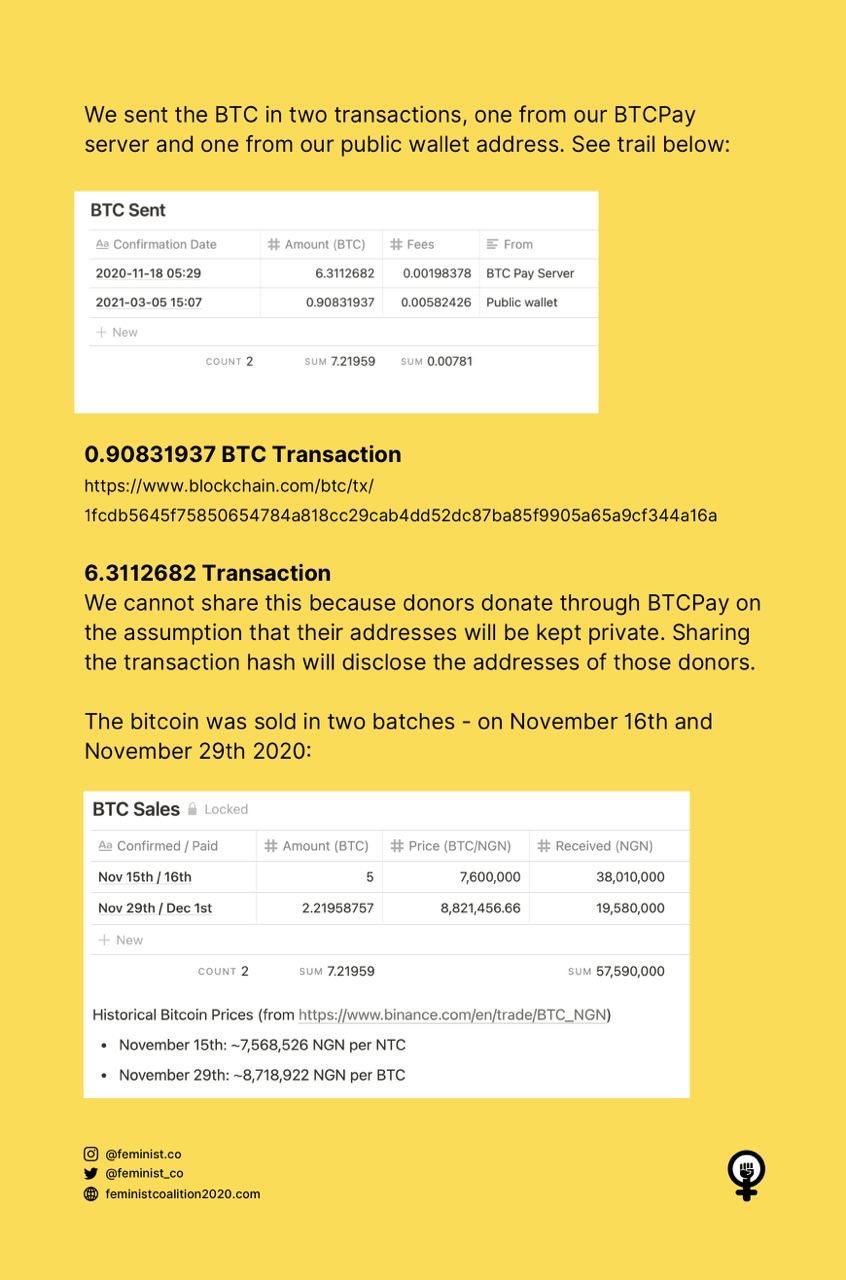