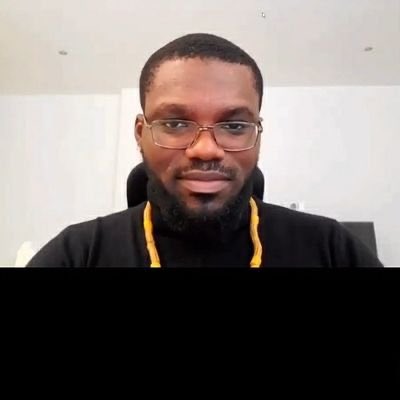 On Friday April 29, a 26 year-old lady set out around 1PM to attend a job interview in Uyo, Akwa Ibom State. Having recently completed her university program despite losing both parents, she was looking for a way to support herself before being called up for the National Youth Service Corps (NYSC) program.

Instead of a job interview and hope for the future however, what she would actually encounter on that day would become one of the most shocking stories to ever emerge from Nigeria.

Iniobong “Hiny” Umoren became the subject of a desperate nationwide search led by Nigerian Twitter users after her friend Umoh Uduak put out an urgent appeal. She was eventually found, but unfortunately the worst had already happened. The police would later confirm that she was found dead, having been raped, murdered and then buried in a shallow grave.

In the wake of a crowdsourced social media sleuthing campaign which uncovered his identity, a primary suspect Frank Uduak Ezekiel Akpan was also arrested.

In a manner completely uncharacteristic of Nigeria’s elephant-paced justice system, the Akwa Ibom State Police Command rapidly announced that it had extracted a confession from Akpan, and even identified his motive – he was a serial rapist and serial killer acting alone. End of story and job done.

Naturally, this neat explanation did not satisfy many, who felt that Akpan could not have acted alone, and that the police might be involved in some kind of a cover up to protect powerful people potentially implicated. Rumours also began swirling about Hiny’s family receiving death threats, and the suspect allegedly boasting about being well-connected.

Beyond the whispers however, there has been precious little to substantiate the idea that stringing up Frank Akpan alone would not represent any kind of justice for Hiny Umoren. Sources willing to speak up and provide information about this case have generally not been forthcoming.

Some networks also record the actual conversation (voice note), and depending on the type of signal band and mobile device, it is even possible to capture the exact location of both parties, accurate to within a few metres. Anyone who can get their hands on the call data from Frank Akpan’s line would very quickly be able to establish whether he was in fact acting alone – which is where my source came in handy.

Understandably, this information is meant to be impossible to access without law enforcement authorisation. With this in mind, I have taken the extra precaution of reproducing it manually via a spreadsheet, so as to protect my source by removing all possible identifying information. Over the course of several hours last week, I pored over several days worth of leaked call data from Frank Akpan’s mobile provider to make sense of the situation.

What will be presented in this story is the closest thing that exists to objective evidence that:

1.) Frank Akpan is being used to take the fall for much bigger fish involved in Hiny Umoren’s murder; and

2.) While Frank Akpan is certainly the primary suspect and was directly involved in the murder, there are other participants in the murder still walking free, while the Akwa Ibom Police Command intentionally bungles what should be an open and shut investigation.

Who is Frank Akpan?
Apart from a few tidbits pieced together from social media accounts about him, very little is known about Frank Akpan the primary suspect. The timeline to his arrest begins late in the afternoon on April 29, when Umoh puts out Hiny’s number hoping someone will be able to track down her friend’s location.

The mention of “Frank Akpan” as a central figure in this story begins with this tweet from Umoh which identifies the owner of the Airtel number +2348127530092 as the person who invited Hiny for the supposed interview.

A quick check with Truecaller brings up the name “Ezekiel Akpan.” Curiously, the occupation tag on this person’s Truecaller profile reads “Political.” It is important to bear in mind that Truecaller fills an individual’s ‘name’ and ‘occupation’ fields by pulling high quality data from several sources including Facebook profile information and analysis of the individual’s Facebook friend networks – so this tiny detail will become significant later on.

Shortly after finding himself under instant national scrutiny following Umoh’s tweet, Akpan then attempts to throw the public off the scent with the Facebook post below. In so doing, he inadvertently confirms that the telephone number in question is actually his, thereby proving that “Uduak Frank Akpan” and “Ezekiel Akpan” are the same person.

Shortly thereafter, he deactivates his Facebook profile and seemingly goes silent until the Akwa Ibom State Police Command issues a statement 3 days later, confirming his arrest and effectively pronouncing him guilty of the crime as a sole suspect.

So far, based on the version of the story that is in official circulation, there is only Frank Akpan and the unfortunate Hiny Umoren. The police have declared him a serial rapist – and hence a single actor. Officially, the issue is over and there is nothing more to see here. It was just a horrible monster and a woman who unfortunately fell victim under the most heartbreaking circumstances.

The only counter-story so far boils down to a few unsubstantiated social media rumours that cannot stand in court, plus what would otherwise be compelling evidence from Akpan’s crime scene, which unfortunately has now been contaminated and rendered all but useless for the purpose of a criminal investigation.

By deliberate malfeasance or by incompetence, the Akwa Ibom State Police Command has allowed key evidence from Akpan’s hideout potentially pointing to a larger conspiracy, to be trampled underfoot by hundreds of curious onlookers and social media content creators. In so doing, the evidence to build a case for anything other than a standalone Frank Akpan conviction has been destroyed or rendered inadmissible.

There is however, one type of evidence that cannot be physically destroyed or tampered with in any way. This evidence has a permanent digital record which sits in cloud storage away from the incompetence or malfeasance of the Nigeria Police Force, and what it shows without a shadow of doubt is that Frank Akpan did not act alone.

Leaked Network Records: The Smoking Gun
To properly understand and contextualise the data that you are about to see below, a little explainer is in order. As mentioned earlier, the 6 categories of telephone interaction data always recorded by service providers are call date and time, originating number, receiving number, type of interaction (call or SMS), length of interaction (in seconds) and the originating/receiving cell tower.

Every cell tower on earth has a unique location code written in this format: MCC (Mobile Country Code)-MNC (Mobile Network Code)-LAC (Location Area Code)-CellID. Nigeria’s mobile country code is 621, and its 4 largest network providers MTN, Glo, Airtel and 9Mobile have the respective MNCs 30, 50, 20 and 60. Using this information alongside the LAC and CellID provided in the call records below, you can pinpoint the exact cell tower closest to where the call in question was made or received.

For example, if the given MCC is 621, the MNC is 20 (Airtel), the LAC is 00784, and the CellID is 20565, you can put this information into free public access cell site locators like cell2gps.com and the result will be a cell tower site in Uyo at the junction of Ikot-Ekpene road and Ikpa Road.

That being said, it is time to examine the leaked call record data and draw our conclusions. First, here is data I extracted from what my source provided, showing the significant parts of Frank Akpan’s call and SMS history on the day Hiny Umoren was murdered.

For ease of understanding, I ran all the numbers through Truecaller and put the names in brackets next to them
Around 1.17PM on April 29, Frank Akpan placed a call to Hiny Umoren, which lasted for 124 seconds. It is fair to extrapolate that this was a call where he gave directions to her regarding where she should go for the purported interview. At 1.21PM, he then placed a call to a Blessing Godwin, which lasted 147 seconds. Was he chatting up another potential victim of the same job interview snare? It is impossible to say for now.

At 3:38PM, Hiny Umoren then placed a call to Frank Akpan lasting for 106 seconds. If you compare the cell tower data here to that of his previous phone calls, it is clear that he was already at the supposed venue waiting for her because the tower location does not change. It is safe to assume that she was calling to tell him that she had arrived for her interview. Save for a 2-second WhatsApp voice note which Hiny later managed to send to Umoh, this call was probably the last time anyone ever heard Hiny Umoren alive again.

Around 6.15PM, almost 3 hours after Hiny Umoren arrived at his lair, Frank Akpan then placed a call to an unknown number. The call records clearly show +2348127530092 – Frank Akpan’s known public number – making repeated contact between 6.15PM and 6.50PM with +2348122386922, an unknown number which brings up no details on Truecaller or Facebook. For reference, if a mobile number pulls up no Truecaller, Facebook or social media results whatsoever, this could either mean that it is used on a non-internet-enabled feature phone (a so-called ‘burner’ phone), or that the owner is extremely intentional about having no digital footprint linked to that number.

Incidentally, this was also around the time when the Twitter hashtag #FindHinyUmoren had already led Twitter sleuths to uncover Frank Akpan’s identity, leading to his amateur attempt at misdirection referenced earlier. In the middle of a clear and obvious crisis moment, why was Frank Akpan repeatedly trying to establish contact with this unknown number with no digital footprint? The answer could lie in some data I extracted from a different set of call records showing Frank Akpan’s contact with this number in the days and weeks before Hiny Umoren was murdered.

Was this a regular buyer or facilitator of whatever gruesome trade Frank Akpan was involved in? Was Frank calling him for help after an unexpected social media campaign suddenly exposed him and put their entire business operation at risk? Why was this the first number that Frank called immediately after raping and murdering a young woman? We do not know the answers to these questions, but there is at least one person other than Frank Akpan himself who can probably tell us

One thought on “Who Killed Iniobong Ini Umoren? By David Hundeyin”