COMMUNIQUE ISSUED AT THE CONCLUSION OF THE MEETING OF THE GOVERNORS OF SOUTHERN NIGERIA IN THE GOVERNMENT HOUSE, ENUGU, ENUGU STATE, ON THURSDAY, 16TH SEPTEMBER 2021.

The Nigerian Southern Governors’ Forum at its meeting of today, Thursday, 16th September 2021 held in the Government House, Enugu, Enugu State reviewed the state of the nation and the progress of implementation of the decisions reached in her previous meetings and further resolved as follows:

1. Expressed satisfaction with the rate at which the States in the Southern Nigeria are enacting or amending the Anti- Open Grazing Laws which align with the uniform template and aspiration of Southern Governors and encouraged the States that are yet to enact this law to do so expeditiously.

2. Encouraged the full operationalization of already agreed regional security outfits; which would meet, share intelligence and collaborate, to ensure the security and safety of the region.

3. Reaffirmed its earlier commitment to fiscal federalism as resolved at the inaugural meeting of the Forum held on Tuesday, 11th May 2021 at Asaba, Delta State and emphasized the need for the Southern States to leverage the legislative competence of their respective State Houses of Assembly as well as representation in the National assembly to pursue its inclusion in the Nigerian Constitution through the ongoing constitutional amendment.

4. Following from paragraph “3” above, the meeting resolved to support the position that the collection of VAT falls within the powers of the States.

5. Expressed satisfaction with the handling of issues around the Petroleum Industry Act (PIA) and ownership of Nigerian National Petroleum Corporation (NNPC) by the larger Nigerian Governors’ Forum.

6. Reiterated their earlier position that the next President of Nigeria must come from the Southern part of Nigeria in line with politics of equity, justice and fairness.

7. The Forum thanked the host Governor, Rt. Hon. Ifeanyi Ugwuanyi, and chose Rivers State as the next host for the Southern Governors’ Forum meeting in November 2021. 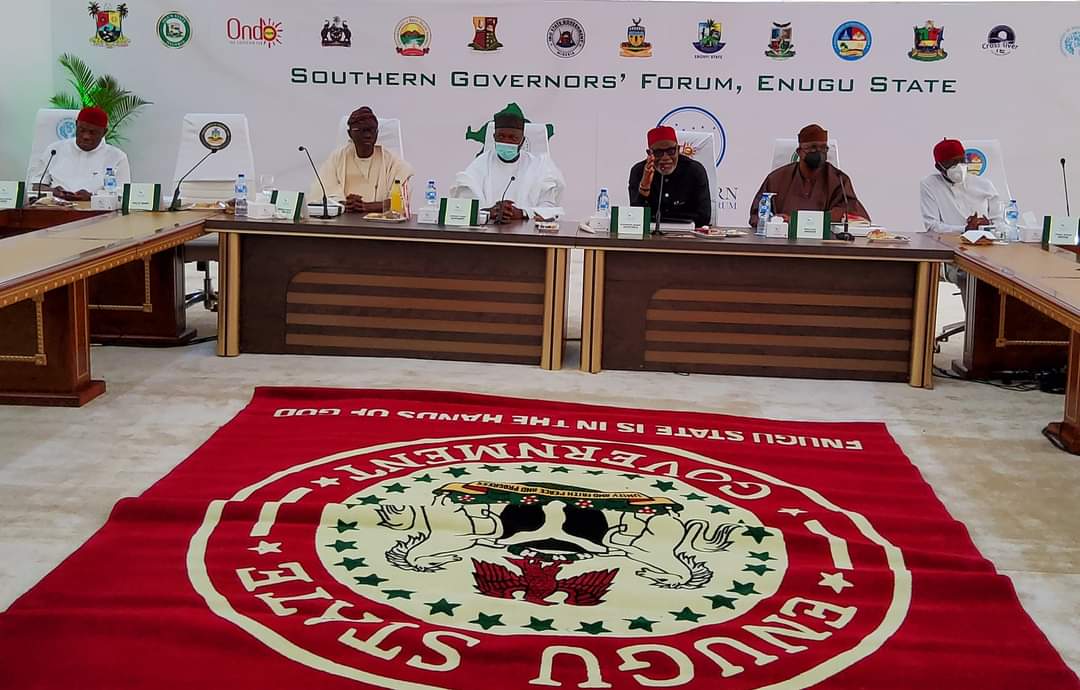 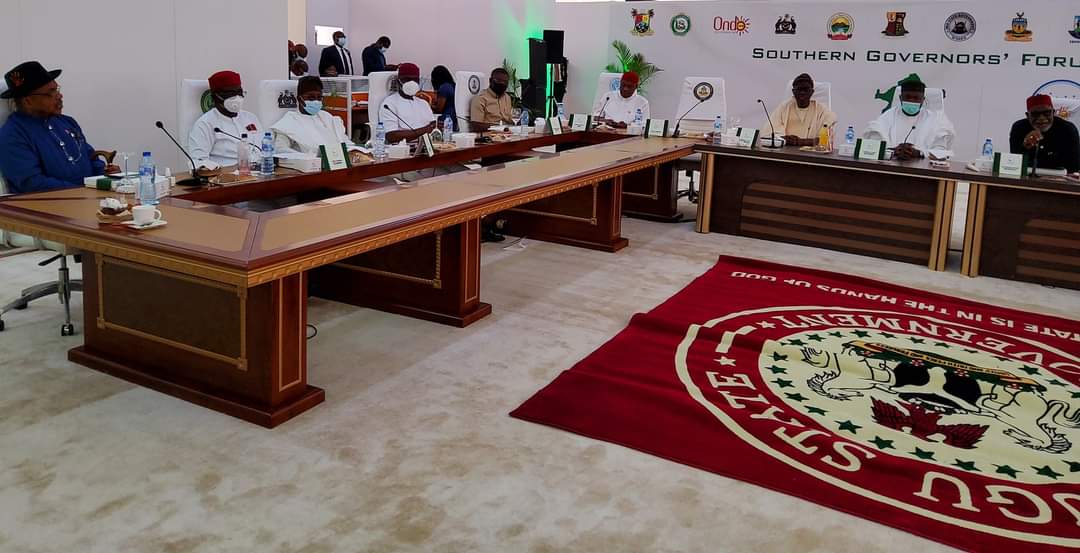