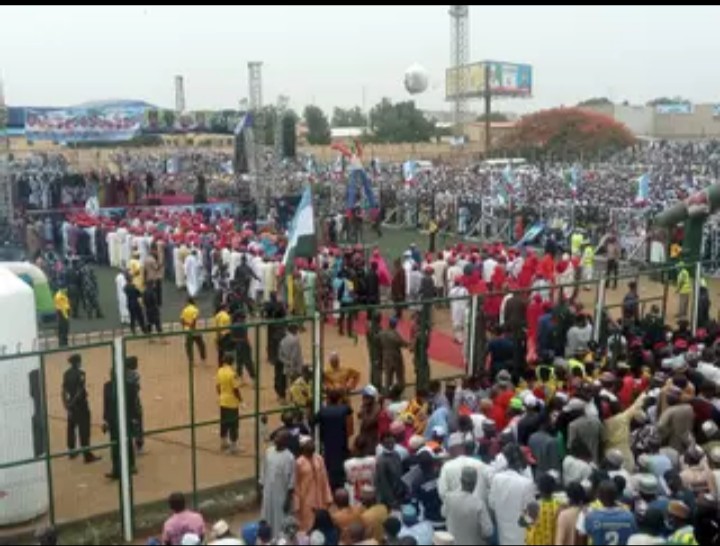 Violence broke out at mega rally of the ruling All Progressives Congress (APC) in Kano on Saturday.

The rally, which was organised to welcome former governorship candidate of the Green Party of Nigeria (GPN), A. A. Zaura and other decampees into APC, is taking place at Sabongari area of Kano metropolis.

While Rt Hon Hamisu Chidari, Speaker of Kano state House of Assembly, was giving his goodwill message, some of the party members in attendance started exchanging blows.

The incident almost disrupted the rally as people fled in different directions.

But normalcy was restored after a while. The rally is ongoing.

Some of the decampees are said to be members of the Kwankwasiyya movement, a group led by former Governor Rabiu Kwankwaso.

Governor Abdullahi Ganduje is among the dignitaries receiving the decampees into the APC fold.

Breaking: Violence broke Out at the @OfficialAPCNg Mega Rally In Kano."