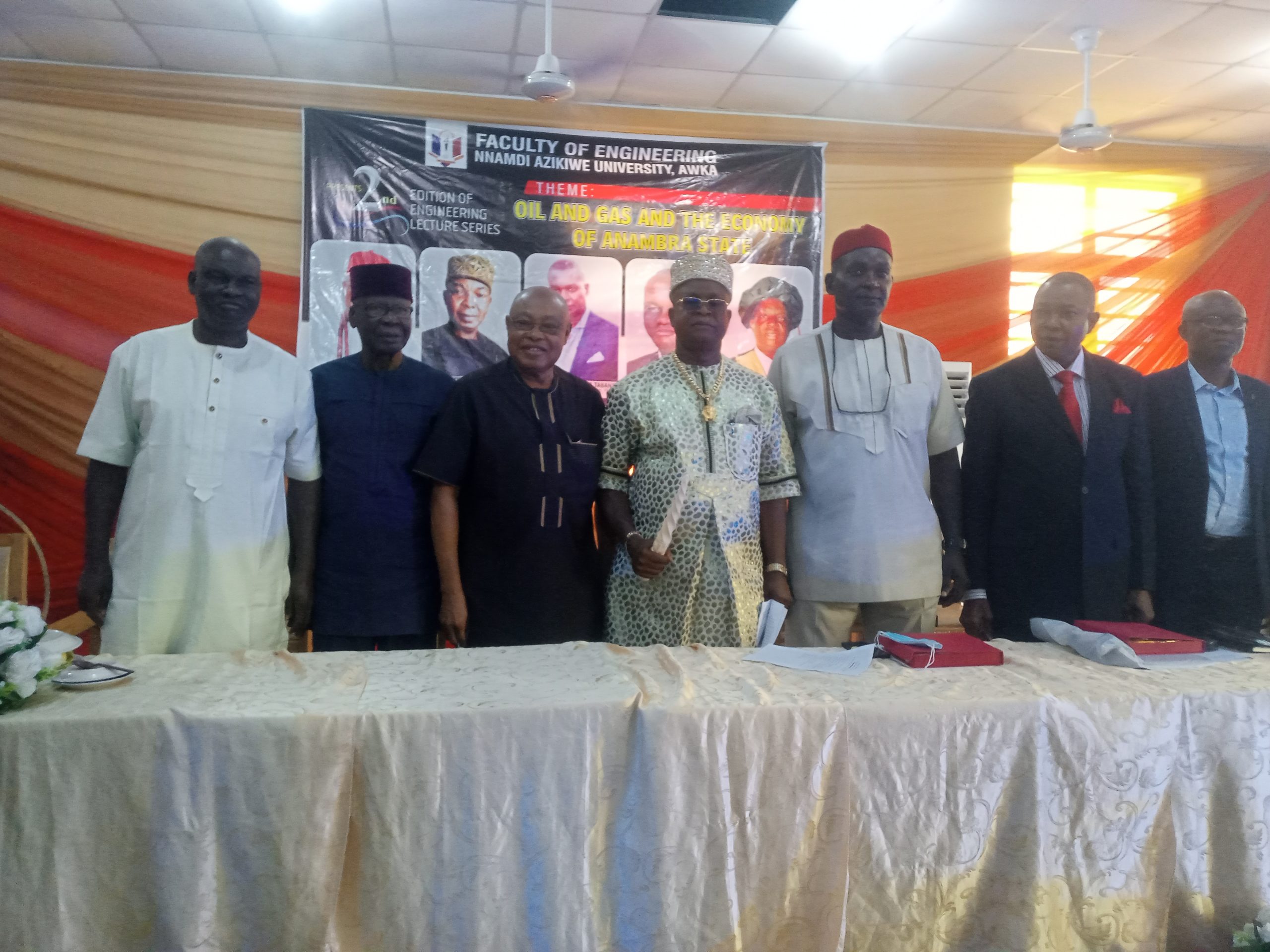 Anambra State recent approval by the Presidency to be recognized as an oil producing state has been described as a welcome development that will boost the state’s economy and improve its Internally Generated Revenue (IGR).

These were the assertions of the Guest Speaker and Deputy Managing Director, Orient Petroleum Resources PLC, Engr. Iyke Akuezumba while delivering his lecture on Wednesday at the occasion of the 2nd Edition of the Faculty of Engineering Lecture Series on the theme: ‘Oil and Gas and the Economy of Anambra State.’ Akuezumba gave a vivid description of crude oil with different classification while stating that Nigeria is the largest sweet crude oil producer ‘amongst the OPEC Countries’ as a result of non-existence of sulphur content in its light crude. The oil and gas expert highlighted the history of oil and gas production in Nigeria as well as the Governing laws, taxes, royalty and contracts.

Akuezumba mirrored the existence of the Orient Petroleum Resources Plc in the state by showcasing part of its business focus. He stated that the company which commenced operation some years back, is currently operating two oil and gas blocks, OLPs 915 (now converted to OML 155) and OPL 916, covering 2,158 square kilometres. He pointed out that the company’s quest is to establish a refinery to process the inland Basin Crude and Condensates, a Gas Fired Power Plant to utilize most of the natural gas to be produced Inland, promote the establishment of Gas Processing Plants for NGLs, LPG and CNG extraction and compression, develop local manpower, promote skill acquisition, provide mutually-agreed host communities development and contribute to the state economy.

In his address, the Vice-Chancellor, Prof. Charles Esimone, FAS, FPSN stated that the lecture topic is apt considering the fact that Anambra State has joined the league of Oil-producing states. The Vice-Chancellor ably represented by the Deputy Vice-Chancellor (Academic), Prof. Frederick Odibo opined that the state is generously endowed with vast natural resources of which oil is one of them. The scholar pointed out that having abundant natural resources does not translate into wealth but by value addition via exploring and processing the resources into products.

In his remarks, the Chairman of the occasion and CEO COTABS Engineering Ltd, Port-Harcourt, Chief (Engr) Charles Tabansi said that the recent approval by the FG for Anambra to join the league of Oil-producing states in Nigeria is landmark, Tabansi said that with the existence of Orient Petroleum Resources Plc, the state will in no distant time witness a massive boom in its IGR from Oil and Gas while also pointing out that she has what it takes to become number one in Oil exploration and processing in the country. Dean of the Faculty, Engr. Prof. Joseph Nwabanne in his address said the lecture series gave the members of staff of the Faculty the opportunity to learn the developments in the oil and gas sector and it’s implications to the economy of the state. The University Don also stated that the lecture will inspire ideas and discussions around the ways to make the Faculty better placed even as she prepares for the COREN and NUC accreditation in the month of November 2021.