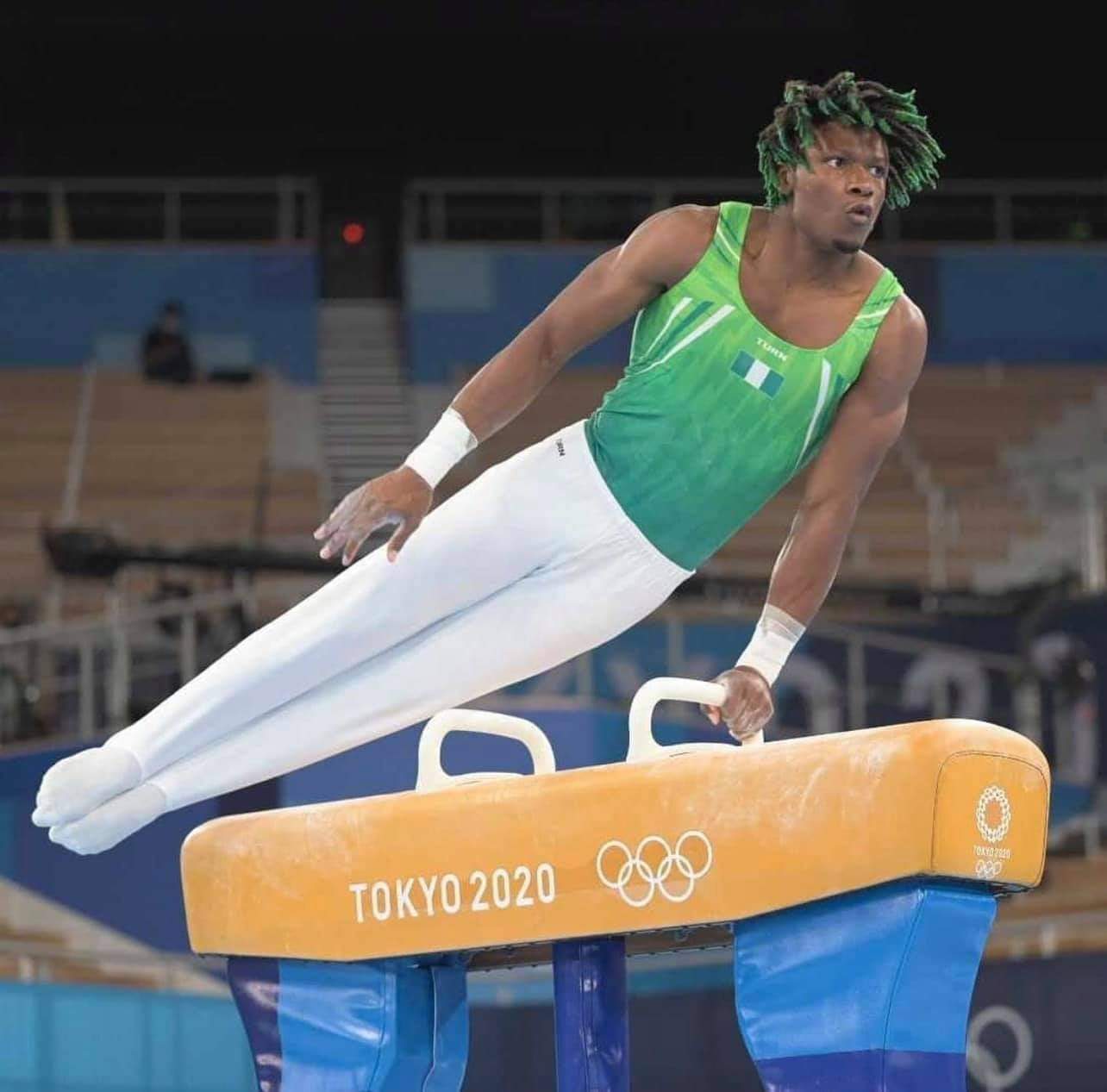 Decorated gymnast Uche Eke (MSI ’21) is flying high. He’s recently graduated from the University of Michigan School of Information’s Master of Science in Information (MSI) program with a 4.0 GPA, scooping up a Margaret Mann award for demonstrating exceptional academic ability and professional promise, too.

He’s also reached his ultimate athletic training goal of qualifying to represent Nigeria as the country’s first Olympic gymnast at this year’s games in Tokyo, Japan.

“Both of my dreams came true,” says Uche. “My dream of being an Olympic gymnast is finally right in front of my eyes, and I’m making my parents proud because I have an MSI degree now.”

Uche, who has been practicing gymnastics since the age of three, offers this insight to other Wolverines who aspire to build a multifaceted legacy: “It’s tough. It’s a lot of sacrifices, and that’s why you just have to really want it. If you can answer the question ‘why,’ don’t let anything stop you.”

For Uche, answering that question begins with bringing honor to the country where his father was born and where he visits twice a year.

“What’s driving me is that I want to give back to Nigeria every time I go.” 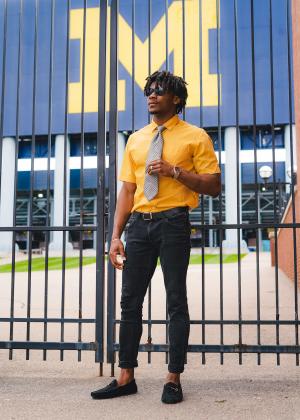 Uche says his UMSI degree has opened up career opportunities for him, and he’s hoping his Olympic pursuits will do the same for his second homeland.

“Combining this degree with my being a Nigerian gymnast, that recognition,” Uche brightens, “I could do something hopefully to better the country.”

Uche says U-M and UMSI faculty and staff have provided important support on the way to achieving his goals, as they’re able to understand what student athletes go through on a day-to-day basis.