Some supporters of Peter Obi, under the platform of a group called Tag Team, have planned to hold a mega rally at the Lekki Toll Plaza on October 1st, 2022.

However, some supporters of Bola Tinubu have also planned to hold a mega rally at the same Lekki Toll Plaza at the same time as the Peter Obi supporters.

It’s becoming quite unfortunate that some Nigerians are turning this election into an ethnic war .

#EndSARS isn’t to be trivialized or politicised…… 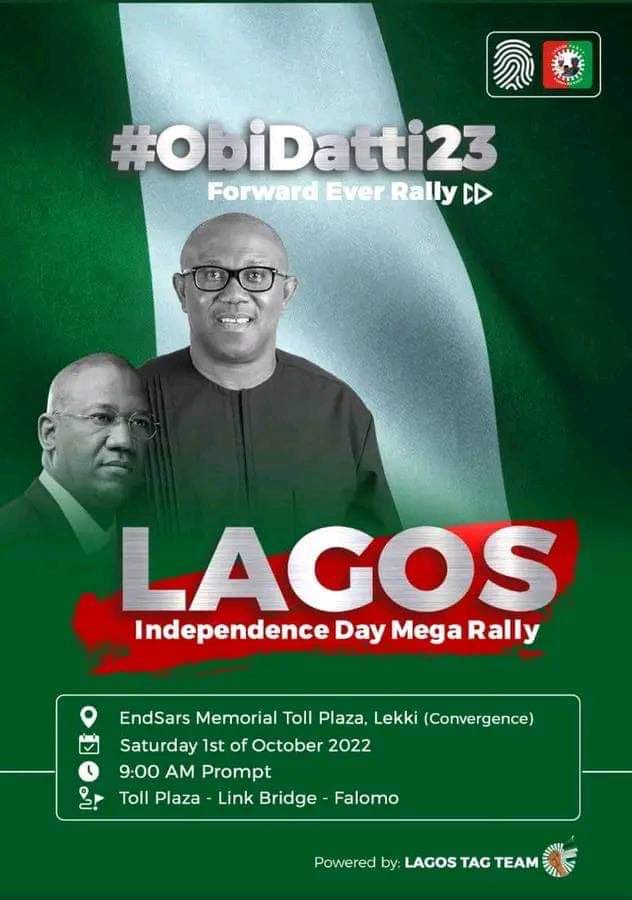 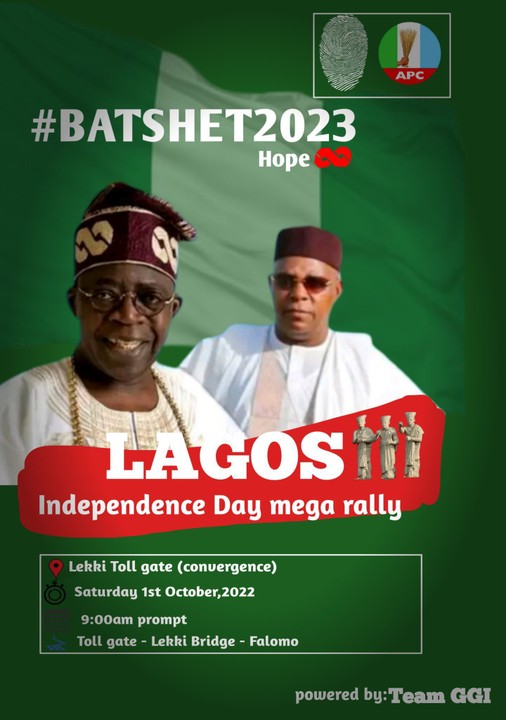 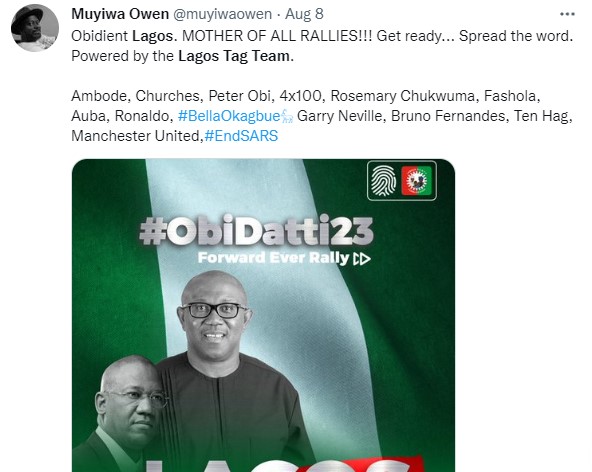