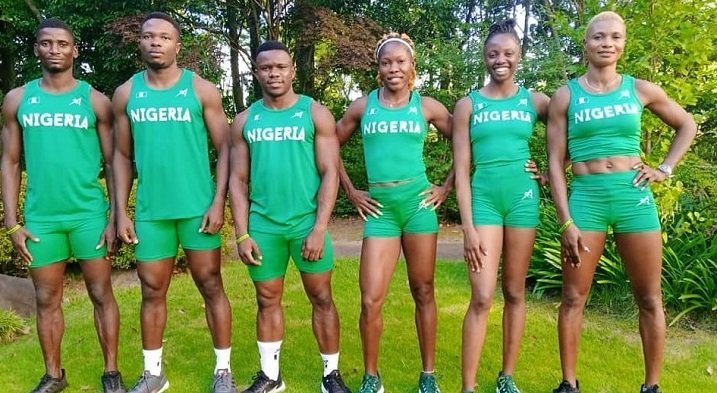 Bad news from #Tokyo2020: 10 Nigerian Track and Field athletes will not be competing in any #Athletics event when it commences on Friday, because of a non-compliance with the Out of Competition Testing (OCT) requirement. Here’s the report of Athletics Integrity Unit (AIU). 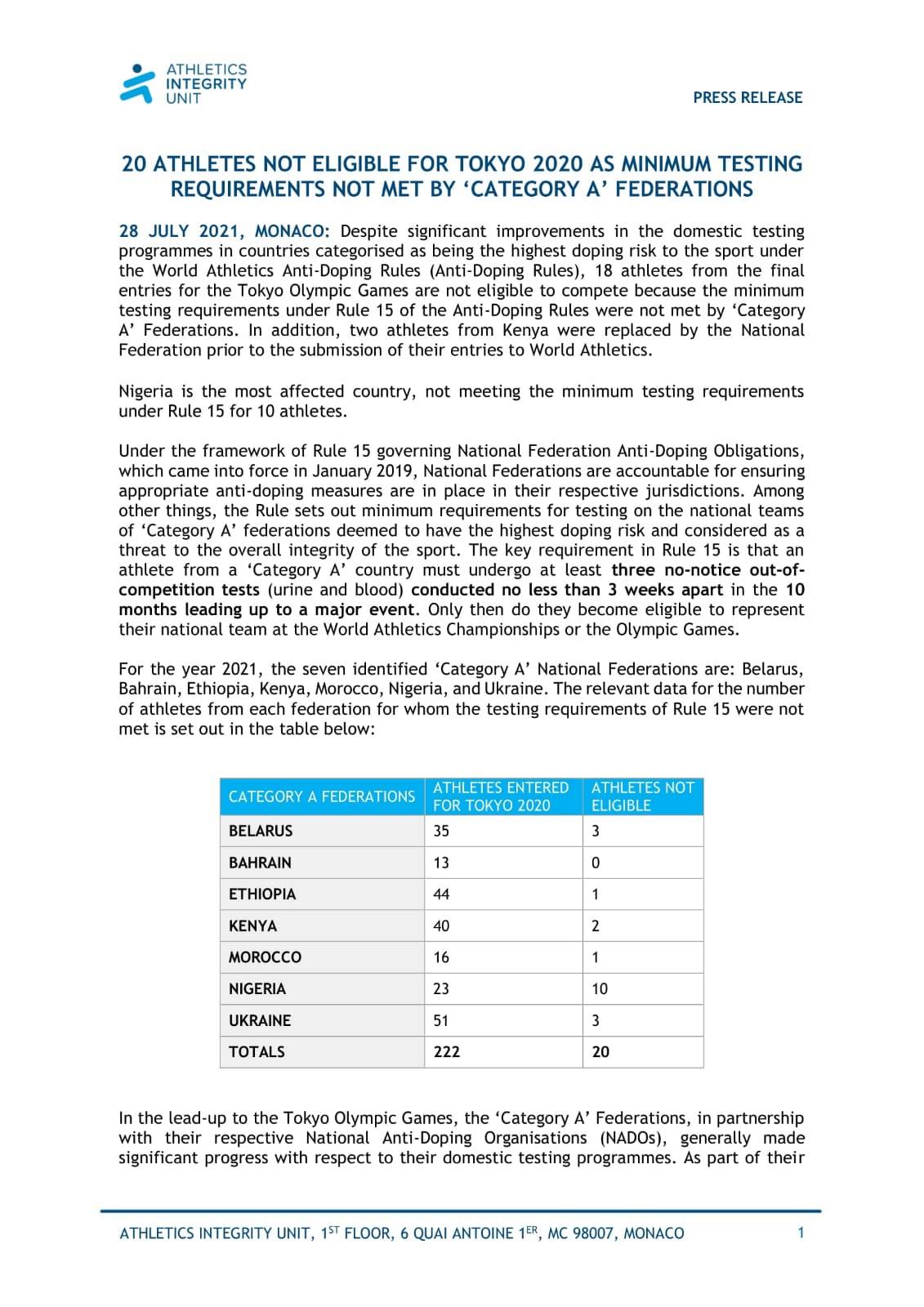 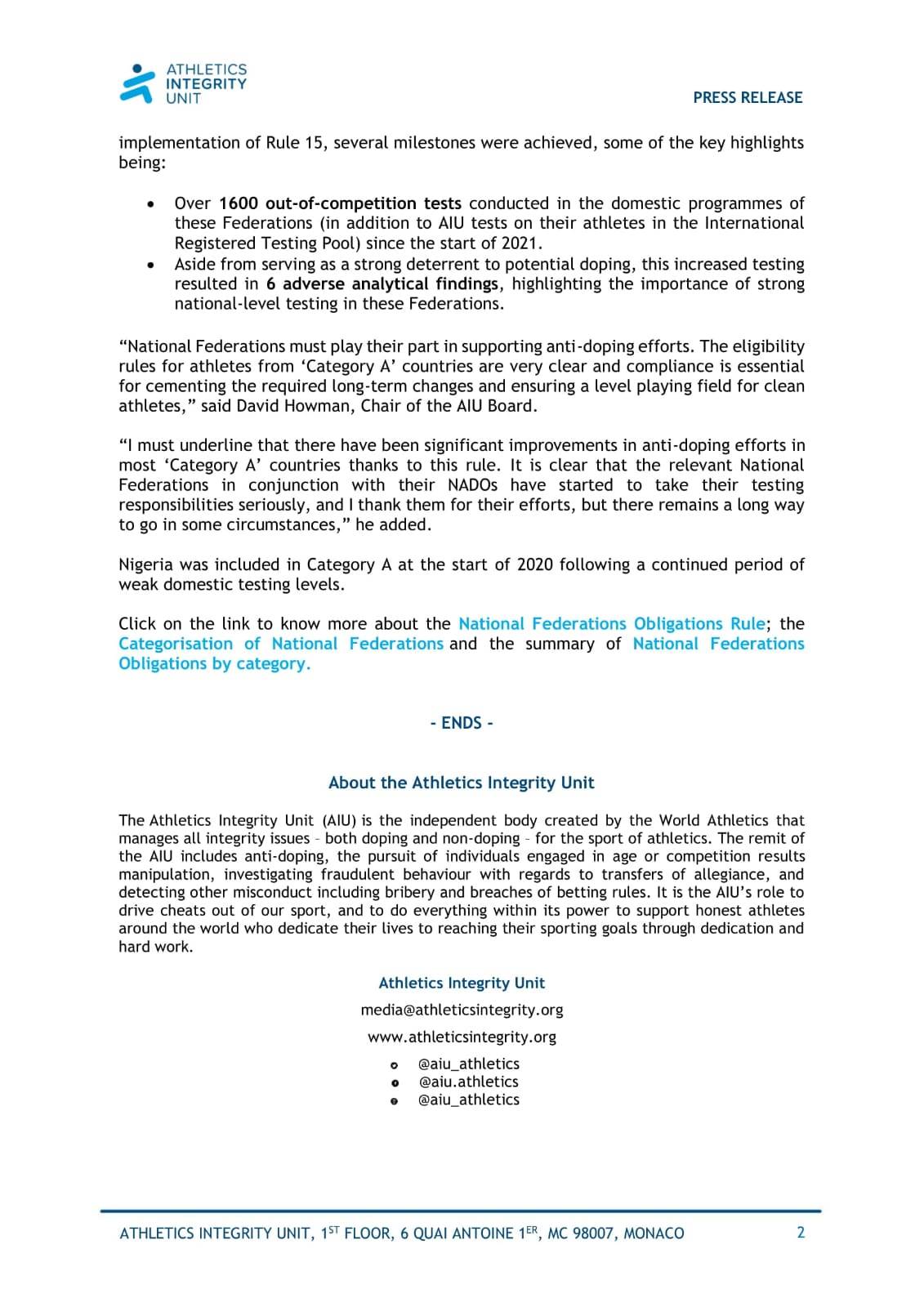 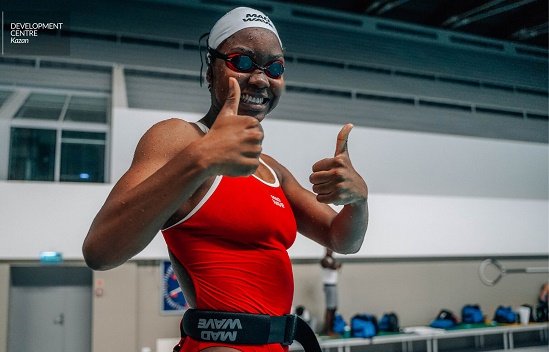 A new national record has been set in swimming by 17-year old, Abiola Ogunbanwo, representing Team Nigeria at the ongoing Tokyo Olympics.

Ogunbanwo won heat 1 of the women’s 100m Freestyle, finishing strongly and swimming to a new Personal Best time of 59.74s.

She won her heat in the women’s 100 metres freestyle ahead of Andela Antunovic of Montenegro who came second while Gaurika Singh of Nepal came third.

Unfortunately, her winning time fell short of the best 16 times that progressed into the semi-final,

Nonetheless, Ogunbanwo emerged as the first Nigerian woman ever to finish this event in less than one minute.

Ogunbanwo’s time ranked 48th but as a teenager and participating in her 1st Olympic games, the future is surely bright if the right effort is channelled at her development and exposure.

Abiola Ogunbanwo is only the 10th Nigerian to take part in swimming at the Olympic Games.

She is the first Nigerian woman to go under the one-minute mark surpassing Ngozi Monu’s long-standing record of 1:15 m achieved during the 2000 Olympic Games in Sydney.