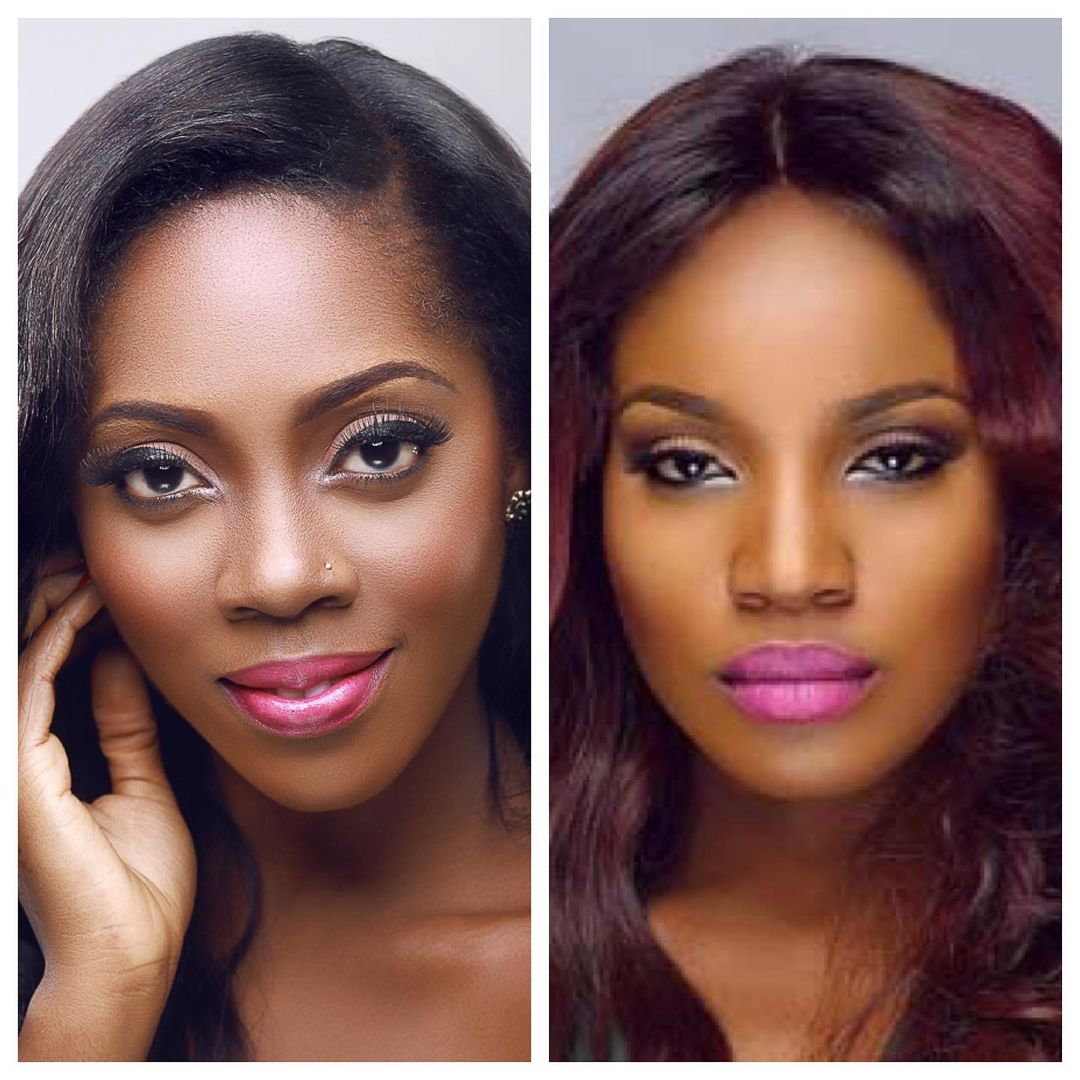 A video of Tiwa Savage and Seyi Shay in a shouting match, engaging in name-calling in a salon recently surfaced online on Tuesday.

Amid their argument and rounds of mudslinging, the ‘Number one Africa bad girl’ was heard saying: “On my son, my child, my son ti mo bi. I’ve never and I’ll say it to you. God should take my child, omo ti mo bi, God should take him if I’ve ever done or said anything about you or Victoria Kimani,” among other things said.

Meanwhile, social media users have insisted Tiwa Savage went too far by involving her young son in whatever issues she had going on with the other songstresses.

While they noted she had a better chance at winning this fight as she has never really been involved in a social media fight, they said she lost it by involving her son in the matter and swearing by him.

Others have just gone ahead to hail Tiwa for maintaining her calm all through the incident yet dishing out words that utterly put Seyi Shay in her rightful place.