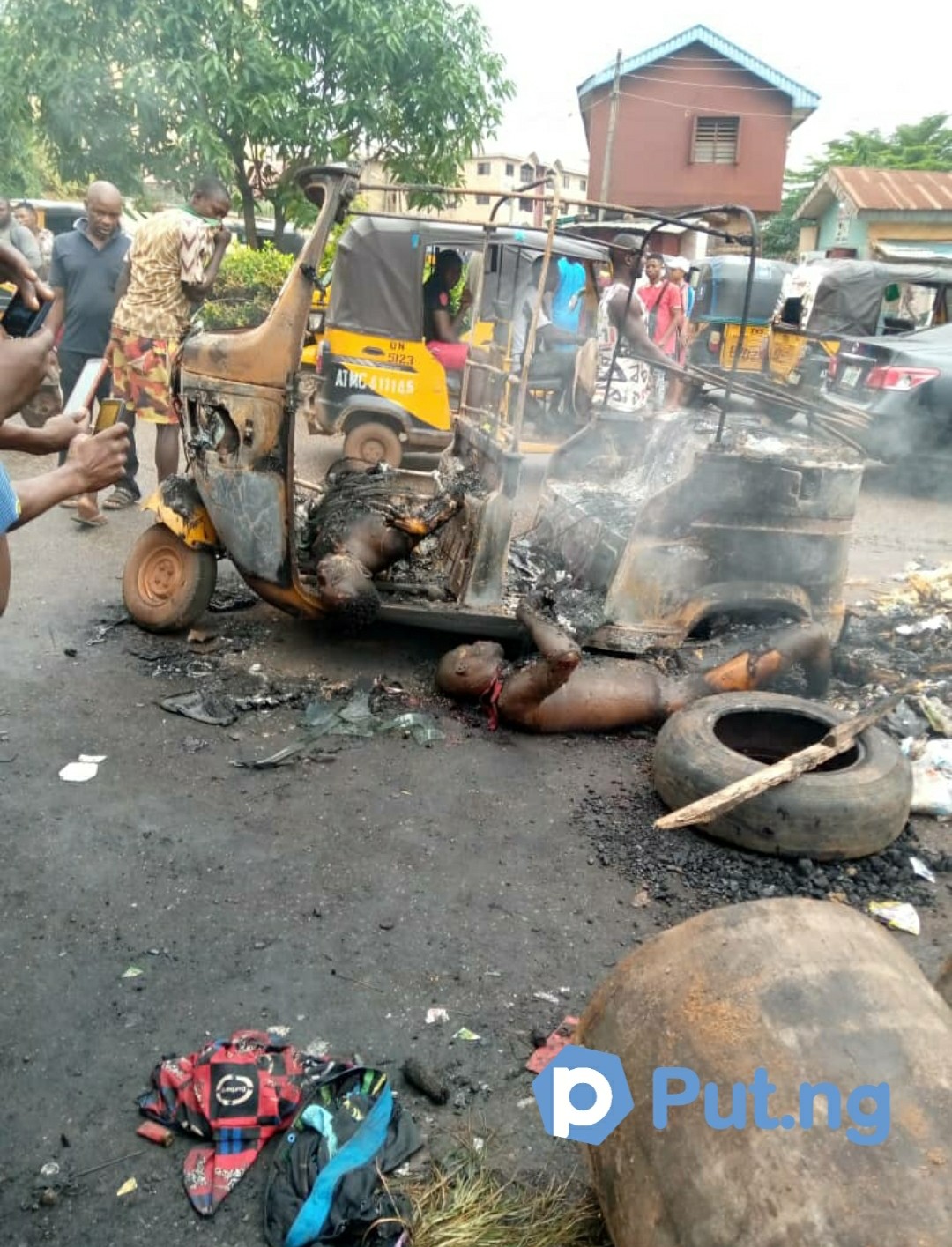 Earlier today it was gathered that two thieves who were part of the crime syndicate terrorising Awka the Anambra State Capital using tricycle were unlucky in today’s operation as they were caught and burnt alives by angry youths.

It was revealed that these particular thieves were involved in the robberies that took place yesterday in which they made away with people’s valuable properties like Phones, money and laptops and youths have been on a lookout.

You’d recall that Awka community had earlier employed the services of the defunct Bakassi boys to help bring sanity to Awka community after the incessant killings by cultists in Awka persisted. 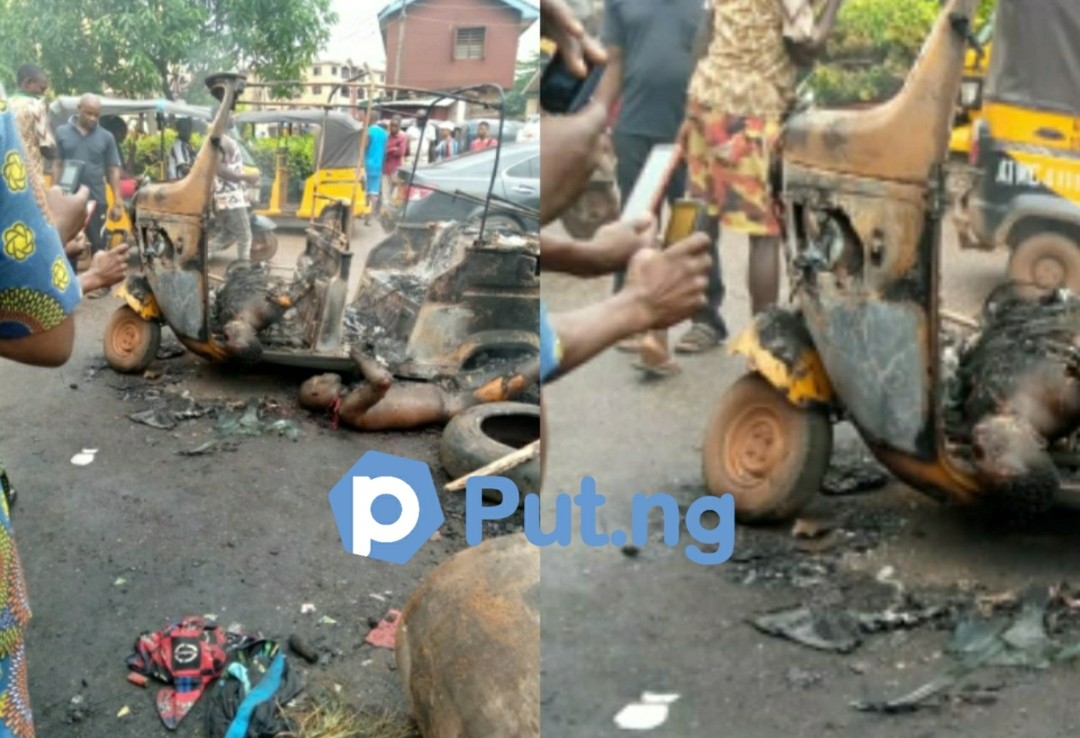 See video below..(download thunder VPN from playstore and regain access to Twitter as to watch the video)