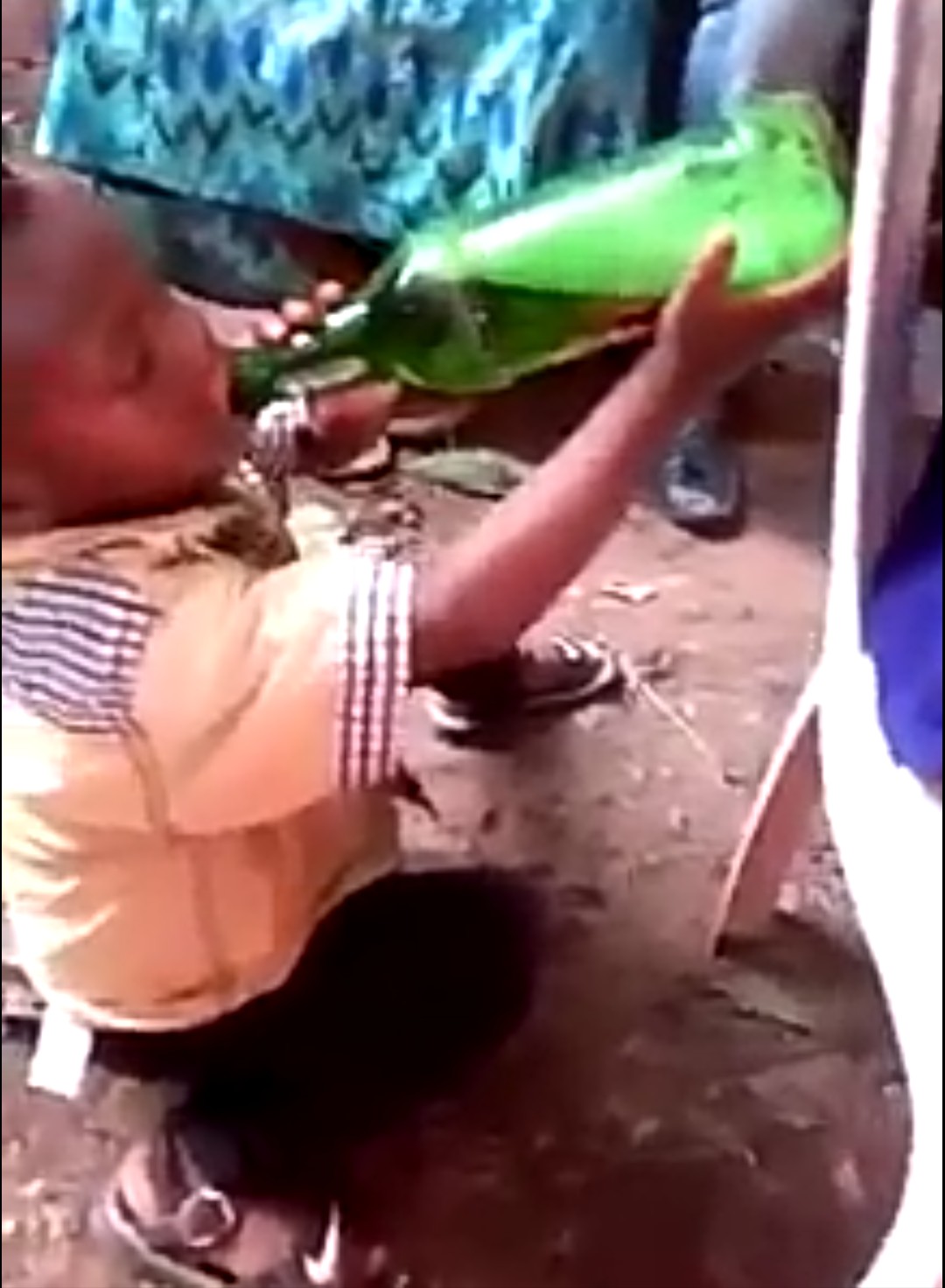 Wonders they say never end. The story you are about to read and watch isn’t a movie but a reality though very difficult to believe.

In Umunya, Oyi local government in Anambra state, a video has been trending of a certain two year old kid who drinks beer for fun. According to his mother, who appeared unconcerned, the little kid has been drinking beer since she gave birth to him and he could do nothing without drinking alcohol.

At a burial service in Umunya, the surprised viewers couldn’t hide their bewilderment as they made a video of the little kid drinking beer from the bottle.

A non governmental organisation, Safenest in Awka who spoke to jkcyno’s blog visited the said woman to actually find out if the story was true told us that the lady affirmed that her little boy can’t do without beer any longer.

This is somehow strange as he gulps up to two bottles of beer (Hero being his favorite) in a single sitting. Two bottles of beer ordinarily would intoxicate an adult but this toddler seemed to have graduated from the beer factory.

Watch the Video below….