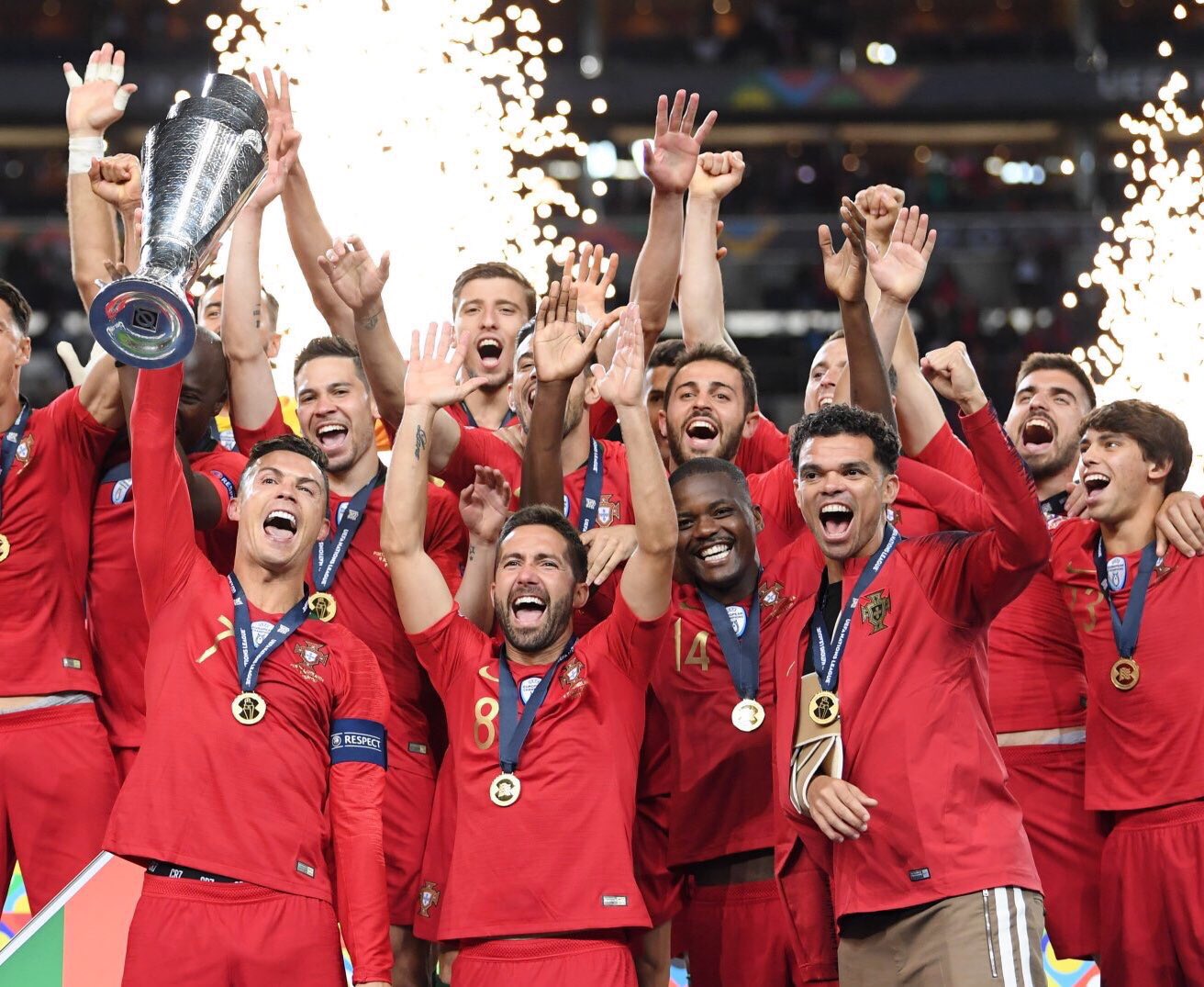 Portugal secured Nations League glory on Sunday as Goncalo Guedes’ second-half strike earned a 1-0 victory over Netherlands at the Estadio do Dragao.

The host nation had been touted as favourites ahead of the inaugural Finals and they lived up to that billing in Porto, adding more major silverware to their European Championship triumph three years ago.

Cristiano Ronaldo had netted a hat-trick in the 3-1 semi-final win over Switzerland but he was kept relatively quiet on this occasion by Virgil van Dijk and Matthijs de Ligt.

Instead it was left to Guedes to settle matters, exchanging passes with Bernardo Silva and smashing home from the edge of the box, although Jasper Cillessen may feel he could have done better.