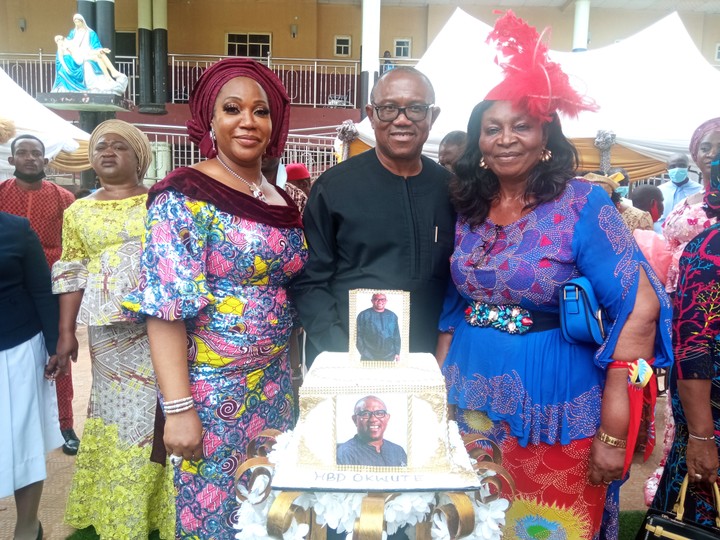 Peter Gregory Obi (born on the 19th of July 1961) is a Nigerian politician and businessman who was the vice presidential candidate in the 2019 Nigerian general election under the People’s Democratic Party. He was the former governor of Anambra State serving from 17th of March 2006 to 2nd of November 2006, when he was impeached and from 9th of February 2007 to 29th of May 2007 after his impeachment was overturned.

Although a fresh election was held on the 29th of April 2007, he was reappointed governor on the 14th of June 2007 after a court ruling that he should be allowed to complete a four-year term. He won on the 6th of February 2010 election for a second term as governor.

Early life and education
Peter Obi was born on the 19th of July 1961 at Onitsha. He attended Christ the King College, Onitsha, where he completed his secondary school education. He was admitted to the University of Nigeria, Nsukka, in 1980, graduating with a B.A (Hons) in philosophy in 1984.

Peter Obi contested in the Anambra State governorship election as candidate for the All Progressives Grand Alliance (APGA) party in 2003, but his opponent, Chris Ngige of the People’s Democratic Party, was declared winner by the Independent National Electoral Commission (INEC).

After nearly three years of litigation, Ngige’s victory was overturned by the Court of Appeal on 15 March 2006. Obi took office for on 17 March 2006. On 2 November 2006, he was impeached by the state house of assembly after seven months in office and was replaced the next day by Virginia Etiaba, his deputy, making her the first-ever female governor in Nigeria’s history. Obi successfully challenged his impeachment and was re-instated as the governor on 9 February 2007 by the Court of Appeal sitting in Enugu. Etiaba handed power back to him after the court ruling.

Obi once again left office on 29 May 2007 following the general elections, which Andy Uba won. Obi returned to the courts once more, this time contending that the four-year tenure he had won in the 2003 elections only started to run when he took office in March 2006. On 14 June 2007 the Supreme Court of Nigeria upheld Obi’s contention and returned Obi to office. This brought to an abrupt end the tenure of Obi’s successor, Andy Uba whose April 14, 2007 election the Supreme Court nullified on the grounds that Obi’s four-year tenure should have remained undisturbed until March 2010.

On 7 February 2010, the Independent National Electoral Commission (INEC) declared Peter Obi the winner of the 2010 Anambra State gubernatorial election, where he defeated Professor Charles Chukwuma Soludo, former governor, CBN. This election victory gave Governor Obi an additional four years as the governor of Anambra State. On 17 March 2014 Peter Obi served out his second term and handed over the governorship to Willie Obiano.

On October 12, 2018, Peter Obi was named as the running mate to Atiku Abubakar, the Peoples Democratic Party’s Presidential Candidate in the Nigerian 2019 Presidential elections. His party came second.

Obi married Margaret Brownson Usen in 1992, and together they have two children. He’s a devoted Catholic.