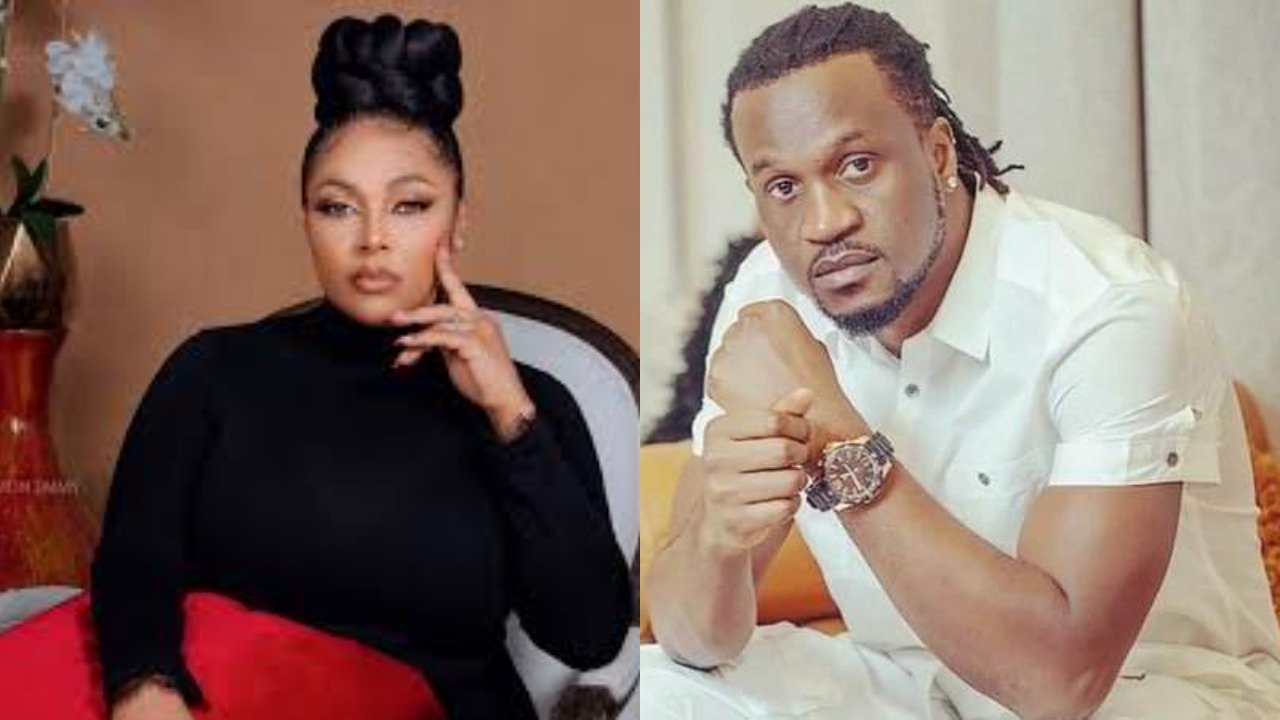 P-square, the embattled twins who celebrated their birthday on the 18th November have come under fire again after their birthday message by Lola Omotayo Okoye.

Lola the wife of Peter went online to share a birthday wish to the twins asking them to stop the feud between them.

Paul, one of the twins took to his own page to blast the brother’s wife citing her pretentious life on the social media.

He further stated that she was two-faced, adding that they haven’t spoken to each other for 4 years but every 18th of November she comes out as usual to type a birthday message, making people not to know the ”evil things” she does behind the scene.

“At the age of 50, you still think you can be manipulative and always trying to be in control as usual.

“Well I’m not there anymore and Jude is equally not there as well which is exactly how you wanted it.

Aunty, for four years, we haven’t spoken but every 18th of November you come out as usual to type sh*t.

“People end up thinking you are a good woman, not knowing the evil you do behind closed doors because you paint yourself to be the saint on the outside.

“Anyways, it’s social media era; what do I expect? Next year, you will come again to type sh*t.

You also know me well, I don’t pretend, so continue with your evil ways,” he said. 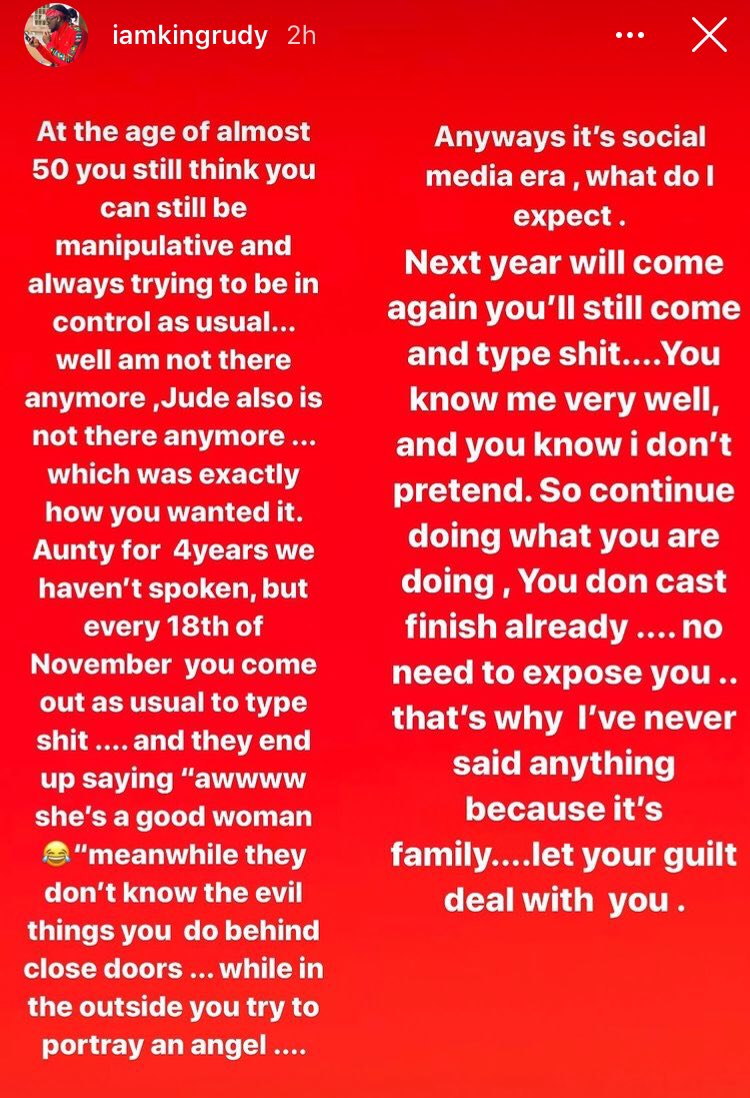