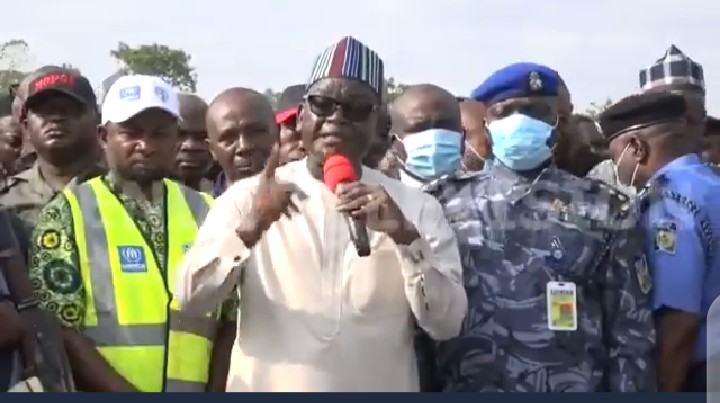 Governor Samuel Ortom had thrown caution to the wind as he bore his mind  in retrospect to the recent bloodshed ongoing in Benue state and other parts of the nation.

In his address at the the foot of the recently murdered kids at the IDP camp in Benue state by the alleged Fulani herders, he openly called out Buhari for his astute silence over the killings happening in the land.

He further asked the federal government to allow them acquire their own Ak-47 to protect themselves.

Governor Ortom has thrown all form of political correctness to the wind.

“All over the country same barbaric killings is carried out by same people and they give them the name bandits. They are not bandits, they are Fulanis”

One day, the hunter would become the hunted…