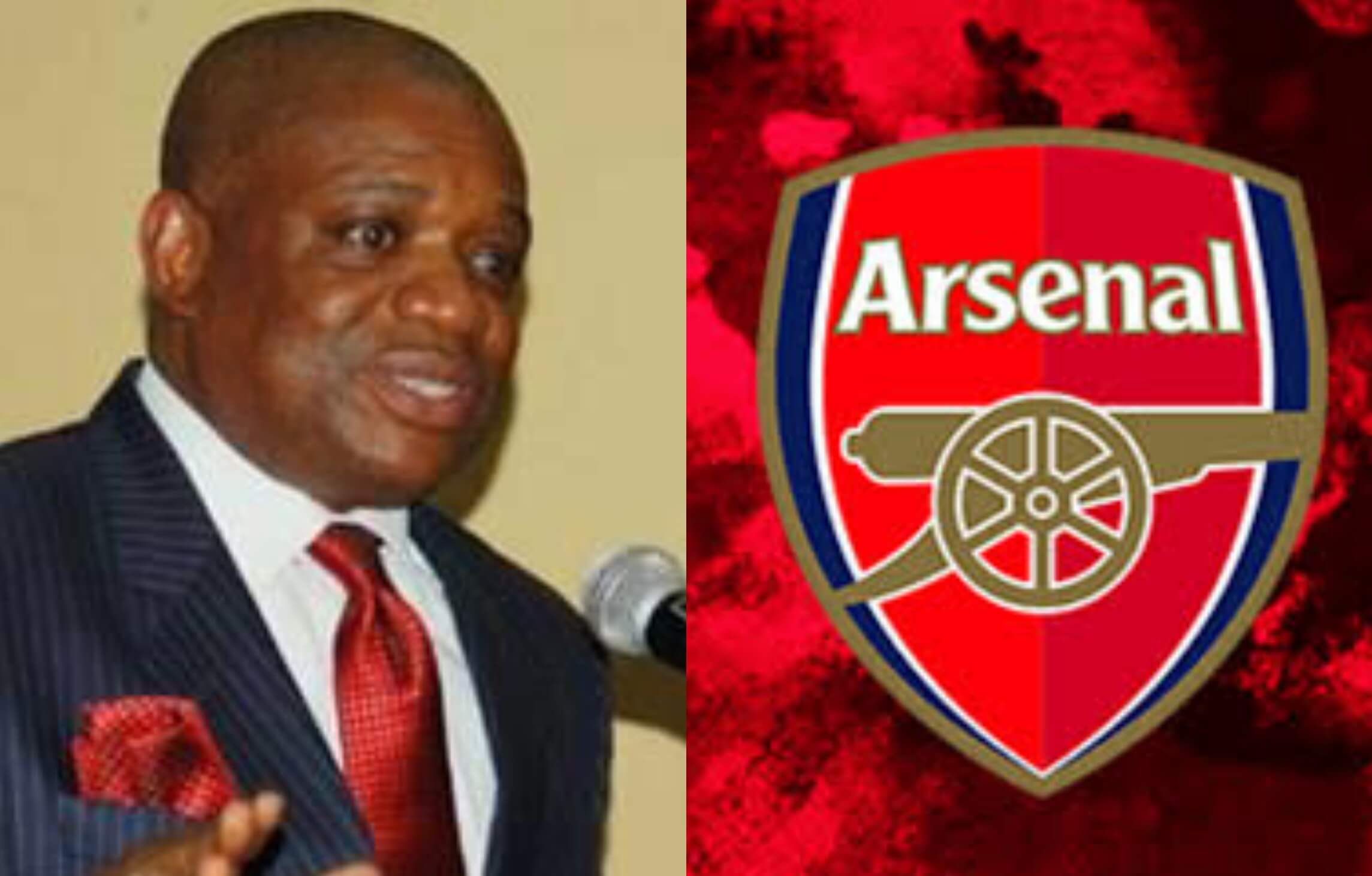 The former Abia State Governor and a business mogul, who according to Forbes has a net worth of $1.1 billion dollars recently indicated his intentions for the Premier League outfit.

The African Pillar of Sports wrote in a tweet via his official Twitter handle @OUKtweets on Monday evening:

Our success with Enyimba FC btw 2000-2007 has continuously increased my passion for football.

“As the pillar of sports in Africa, I am considering an investment in football & I will buy 35 percent stake in Arsenal FC @Arsenal.

Our target is to lift the Champions League & EPL,

Senator Orji Uzor Kalu is best known for his business Empire being the founder of Slok Holding, a West African conglomerate with interests in shipping, banking, oil trading, manufacturing and the media.

Jkcyno news recalls that Orji Kalu, who currently serves as the Senator representing Abia North district in the 9th National Assembly got featured in forbes as a billionaire in 2014, as of 2014 according to Forbes, Senator Orji Uzor Kalu Net Worth was $1 billion dollars.

Arsenal are currently owned by Stan Kroenke, through his Kroenke Sports & Entertainment group, with the American having come in for widespread criticism in recent years. 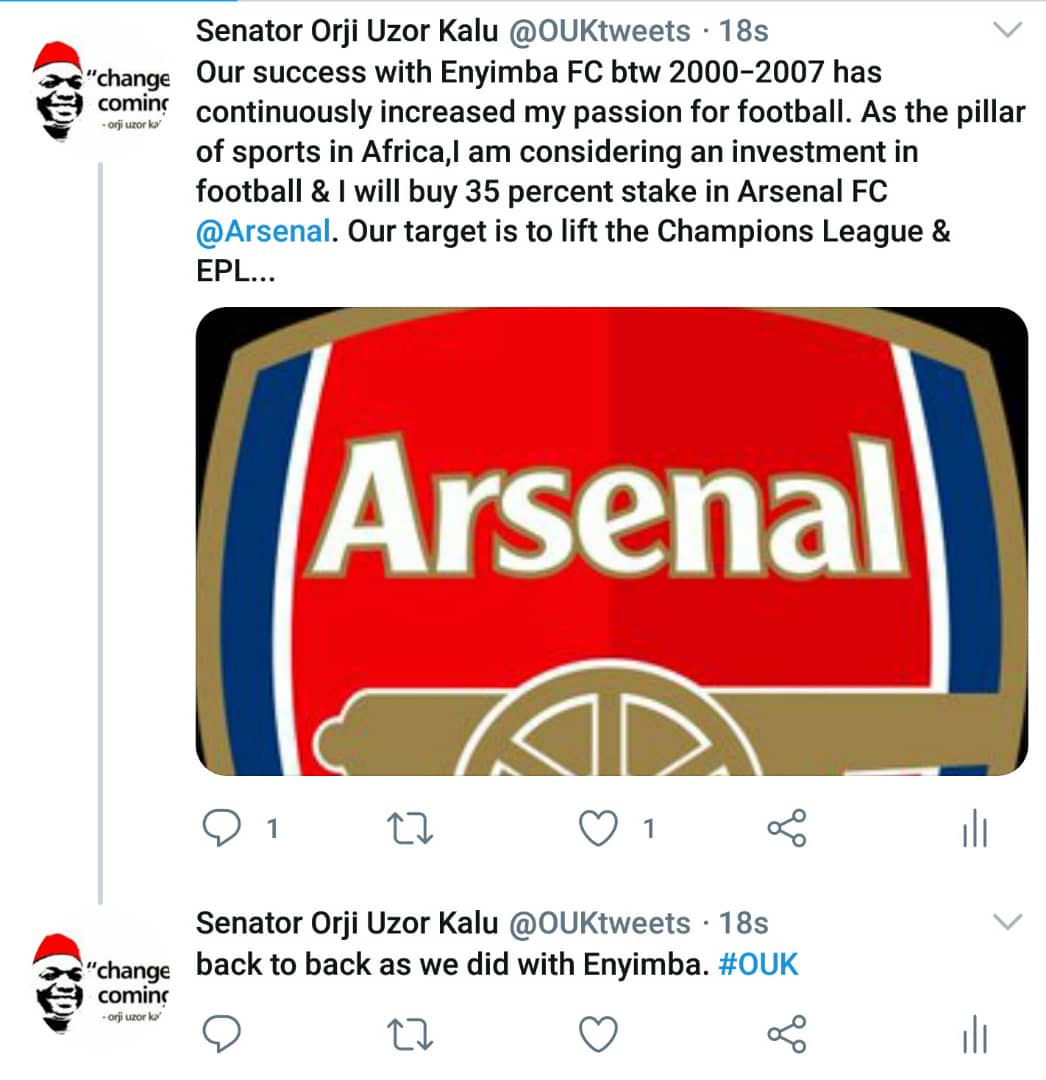