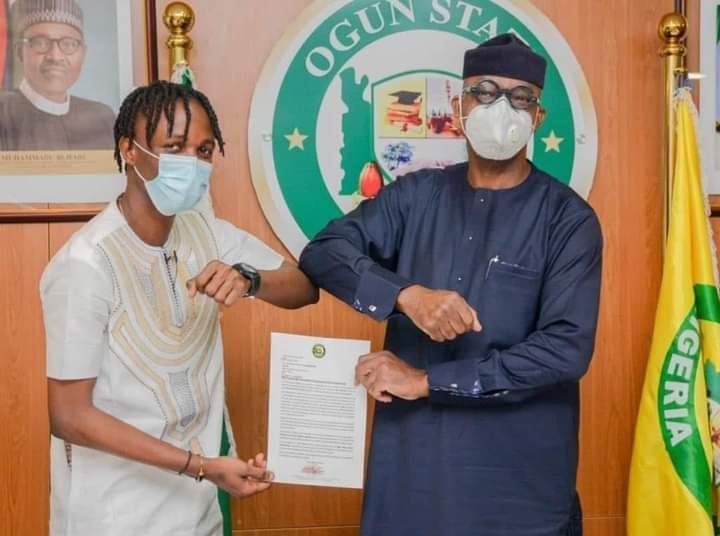 The governor also announced a gift of three bedroom bungalow and N5million for him.

He made the announcement in Abeokuta, the state capital when he played host to the winner of the reality show at the executive chamber of the governor office in the State capital.

“Once again, I congratulate you and on this note, I hereby appoint you as Youth Ambassador of Ogun State. I look forward to working with you to be a  model of good character, excellence, good virtues, calmness, integrity that are general attributes of Ogun State, and in fact, your homestead, Odeda. 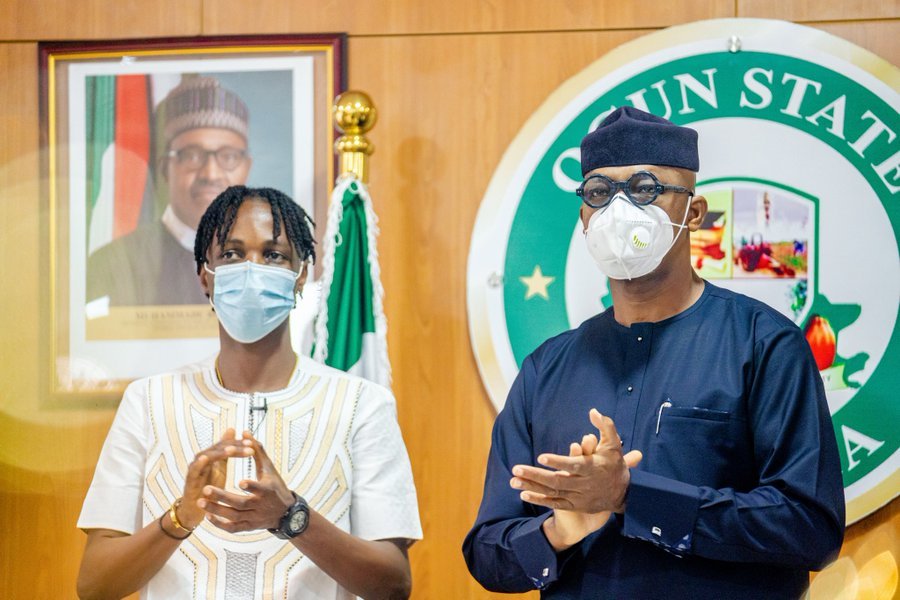 “We believe that you will help inspire our teeming youths to channel their energies towards positive engagements and shun vices such as robbery, drug abuse, cultism, advanced fee fraud, cybercrimes and kidnapping amongst other negative tendencies,” the governor announced.

While congratulating Agbeleshe, who is a native of Odeda local government area of the state, the governor promised that an entertainment village is being contemplated to nurture budding talents in the state and beyond.

“On behalf of the Government and good people of Ogun State, I join your fans across the world to welcome you to your Home State.

“I also want to congratulate you on your success after 71 days as a housemate at the Year 2020 Big Brother Naija, Lockdown Edition.”

The governor said young Nigerians can learn from Laycon’s demeanor while in the Big Brother Naija House based on how he related well with the other 19 housemates from different backgrounds.

Governor Abiodun also praised Laycon who he said, “demonstrated the Omoluabi component which is the primary ingredient of an Ogun State-born Nigerian. Despite all the odds, temptations, and provocations in the House, I am proud that you came out unscathed and uninvolved in any scandal or immoral act.

“You have also demonstrated with the way you carried out your assigned tasks in the House with comportment; intellectual responses to questions and; your spirit of fair-play, that your academic achievement at the University of Lagos was earned. This has also shown that our Universities can and still produce graduates that are found worthy in character and good learning.”

The governor said the celebration of Laycon’s personality is beyond the entertainment that the House provided, but “what you represent: a rare combination of prodigious intellect, academic excellence, multi-faceted talents, character, and resilience.”