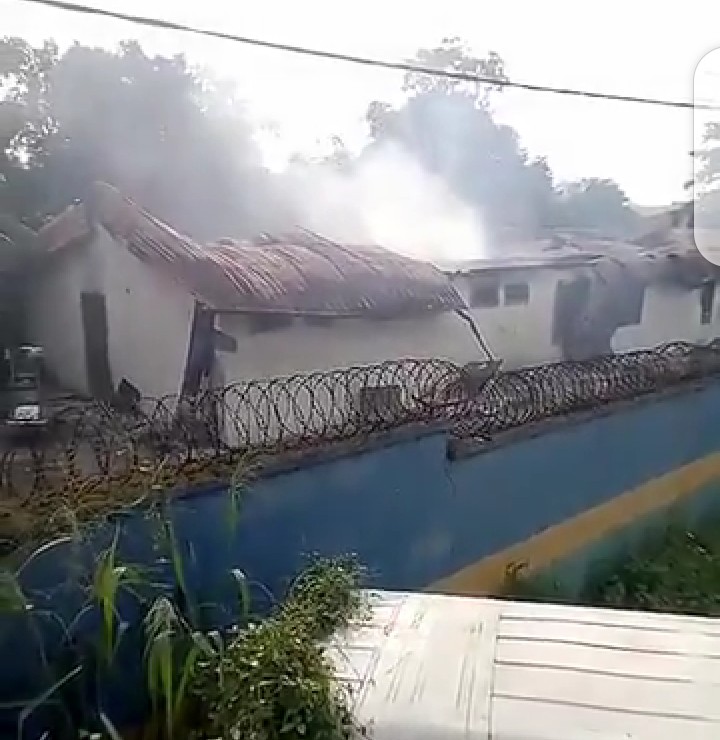 The situation report from Anambra state is not pleasing as many police stations are currently set ablaze by some angry mobs.

Nnewi Central Police station was set ablaze in the morning by some angry mobs as most roads in the state have been blocked and tires set ablaze on the middle of the roads.

Jkcyno news earlier reported that Willie Obiano declared a Curfew in Anambra state due to the serious unrest in the state.

However, an anonymous person explained the main reason why police stations are the major target in the mayhem that’s ongoing in the state.