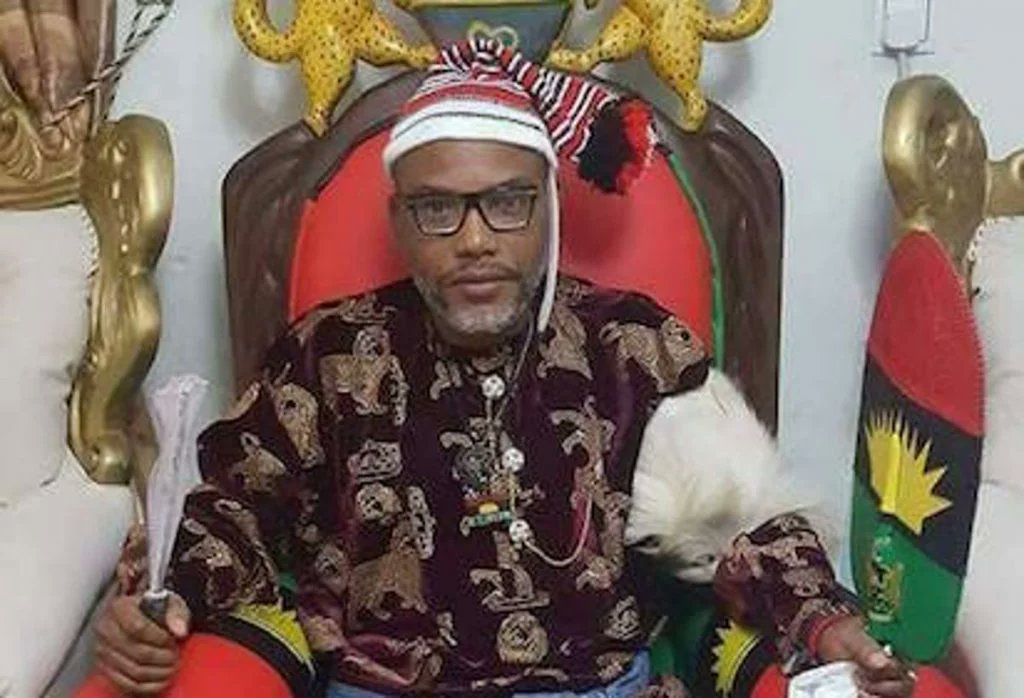 Nigerians have eulogized the leader of the embattled indigenous people of Biafra, IPOB, Mazi Nnamdi Kanu citing all he earlier earmarked about Nigeria all playing out.

Nnamdi Kanu had earlier warned that the leadership of Nigeria is on a devilish agenda of “Islamization” of Nigeria. Though most Nigerians ain’t comfortable with some of his approaches but it’s becoming so clear how the leaders are shielding the terrorists than prosecute them,”some were quoted as saying”.

Recently, the UK  granted asylum to the proscribed IPOB members leaving the Minister of Information, lai Mohammad gasping for air in utter amazement.

However, on twitter surprisingly, most Nigerians are seen singing praises of Nnamdi Kanu.

If not for Mazi Nnamdi Kanu, Fulani don conquer Igboland be that oh….because our governors are Fulani slaves.

I don't think at this stage no southerner should be running their mouths against Nnamdi Kanu or Sunday igboho for their self determination. The northerners have made it clear that they'll rather align themselves with terrorists than fighting against it. Know this before it's late

They went to the British High Commission in Abuja asking for Nnamdi Kanu's repatriation to the zoo for trial.

Eventually, we shall gain our freedom from the zoo.

Let us not relent.

If u think you are rugged go and fight herdsmen in your village and stop causing nuisance in Biafraland.

When Nnamdi Kanu was screaming at the top of his lungs that they planned to Islamize Nigeria, many of us thought he was being mischievous and reckless.

After reading Pantami’s meeting minutes, I can see that there are so many things we are yet to understand about this country.

When we say Nnamdi Kanu was right, we simply mean that almost all the issues he identified concerning Nigeria, is correct.

However, we may not agree with most of the approaches he adopted to articulate and distil the issues he identified.

We are now dealing with those issues.

Anything dat Fulàni is against,go and study that thing carefully,it is something that is going to save u.
-Mazi Nnamdi Kanu-
15/4/21

Mazi Nnamdi Kanu is now a prophet. Though the great Fela saw all these, but Nnamdi Kanu was vocal and seemed to have first hand knowledge of "their" plans and agenda!

Ever since Nnamdi Kanu appeared on Dele Momondu show. Mr Dele has been speaking differently about Nigeria. He has begin to reason that Yoruba political elites are just ill-informed. We must not stop educating them. Many of them are suffering from miseducation and greediness.

Alot of these Southern political correctness needs to apologize to Nnamdi Kanu. As i write this. They're already selling Atiku & Tinubu for 2023 elections. Instead of talking about referendum. Changing of constitution or Secede. Despite seeing how Nigeria is a terrorists zone now

Mazi Nnamdi Kanu was giving out all these information out for free and on time but some of you didn't believe him.
Next time he speaks, you have to listen. 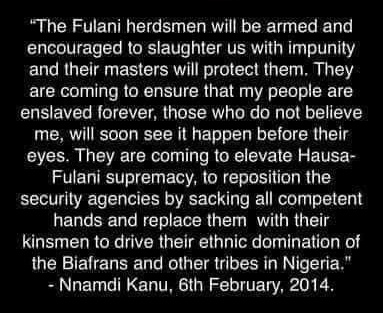