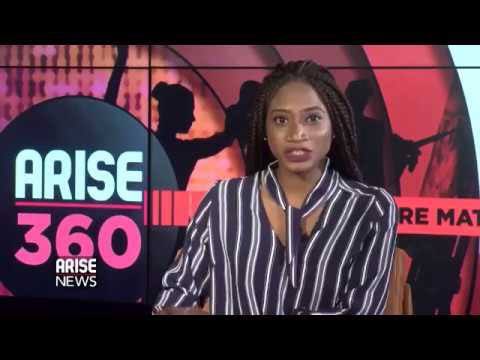 News has it that NBC has sanctioned Channels, AIT and Arise Tv for the role they played in letting people see the genocide that occurred at the Lekki Toll-Gate unequivocally.

However, most Nigerians have uncharacteristically came out to defend only the Arise Tv while asking the government to do whatsoever they deem fit.

Read the tweets below….

The Nigeria Broadcasting Commission (NBC) has handed out a sanction of N2m each to AIT, Arise TV, Channels, over use of online footages on #EndSARS

Arise TV is the TV station of the Year for the next 5 years no cap. Undiluted journalism!

Those CAMERAS Will reveal ALL the TRUTH and the Conspiracies.

THOSE WHOSE LIVES DEPEND ON LIES will be made to face RAW EVIDENCE publicly.

NBC can go ahead and fine Channels and AIT, we don't really care for them
But you see that Arise TV, we rise with them. Someone should tell Prof. Armstrong Idachaba not to play with this generation !!!

Anarchy Looms As Nigerian Government Fines Channels, AIT, Arise TV N9m For Covering And Reporting #EndSARS Protest.
——–
Ndi One Nigeria Ngwanu. Una see'am? They wanted them to hide it from the public as usual or alternatively, continue lying to the public as their manner is. pic.twitter.com/Qv4esmz5nh

I guess President Trump would have shut down CNN by now…….. Nigerians, it’s time to speak up.