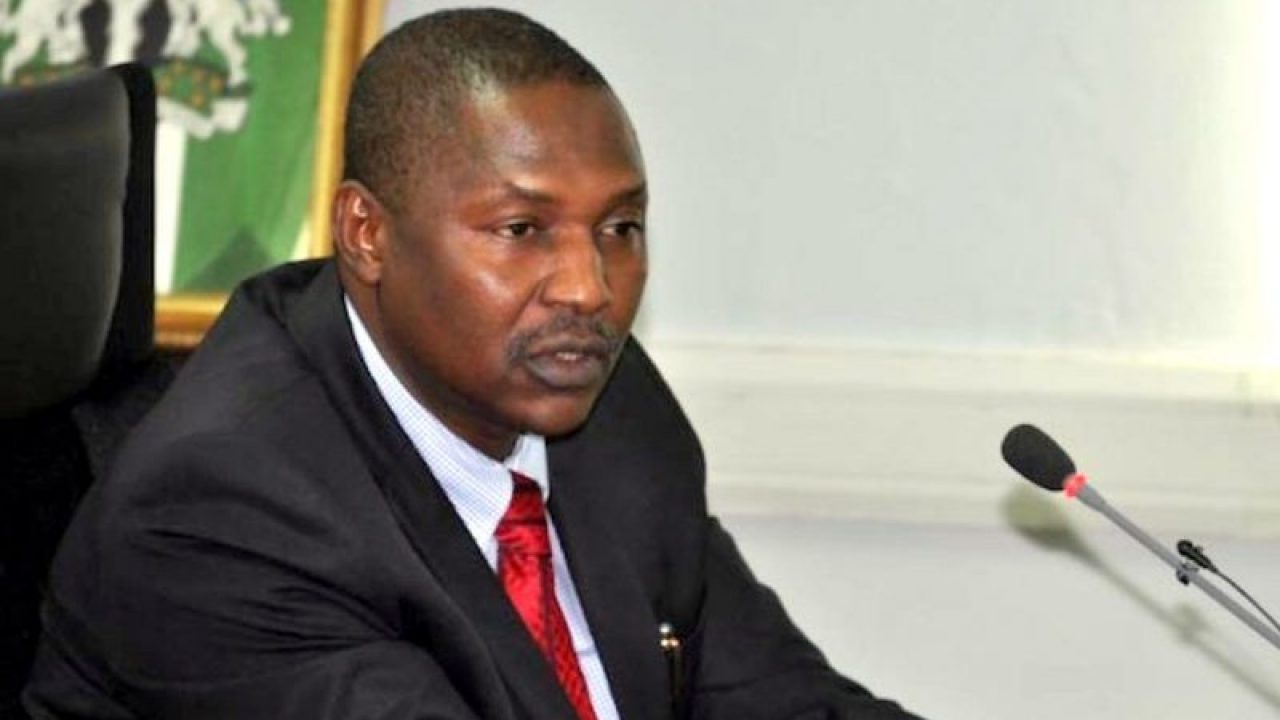 The Attorney-General of the Federation, Abubakar Malami (SAN), downloaded Virtual Private Network in order to visit Twitter to deactivate it, The PUNCH can confirm.

This is despite Malami’s threats to Nigerians that using Twitter could land them in jail.

However, a critical look at the photo by just clicking on it showed that indeed Malami had accessed his Twitter account with the aid of a VPN.

In a chat with The PUNCH on Tuesday, a human rights lawyer, Inibehe Effiong, described the AGF as a hypocrite.

Effiong said Malami, who is the chief law officer of the nation, had done nothing but undermine the constitution he ought to protect.

He added, “What Malami has done is not illegal because there is no law that makes it an offence to use Twitter but it only shows the character flaw of Malami. If he is threatening Nigerians, he should have led by example. One would have expected him to be honest. It shows the hypocrisy and how unserious the AGF is.

He is supposed to be the chief law officer. He is not the AGF of the executive but the federation and so his position on things should be devoid of partisanship or primordial sentiments. He has done nothing but bastardise the rule of law. He is a senior advocate but what sort of example is he setting for others?” 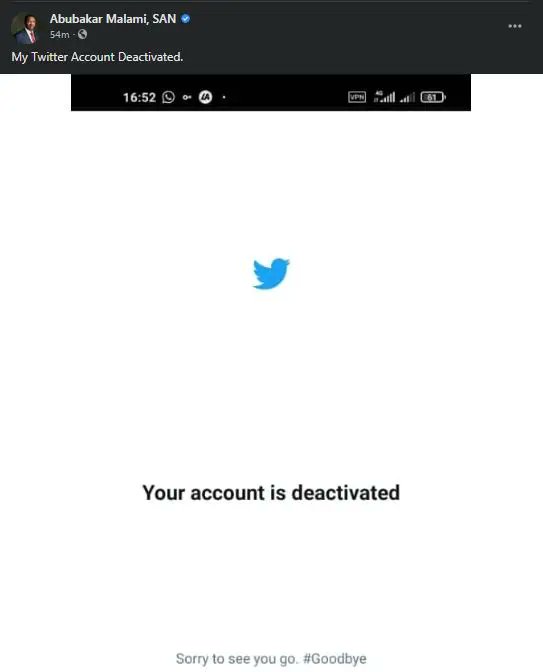 Malami scored an own goal

Besides Malami using a VPN to deactivate his twitter account, he’s also using a Cryptocurrency App amidst the Crypto Ban. pic.twitter.com/2LXpx7aapG

Look closely at the screenshot Abubakar Malami shared to prove he has deactivated his Twitter account. The app logo you see at the top is for LAToken (@latokens) a #BitCoin trading app. Has our AGF been trading in Bitcoin after banning it?#KeepitOn #TableShaker pic.twitter.com/aE2dGLQqye

Malami shared screenshot from his phone to show that he has deactivated his Twitter Account. Watch closely, you will realize that he has LATOKEN crypto app on his phone,which he uses to trade Crypto. Meanwhile his cabinet banned Crypto .Our oppressors will go to hellfire. pic.twitter.com/MnairfvJVw