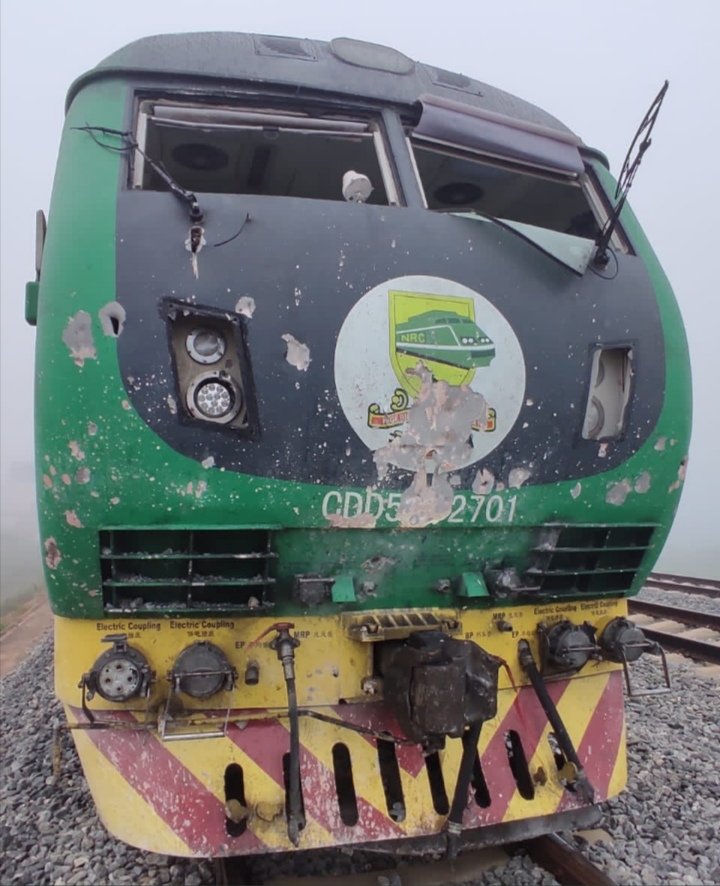 Nigerians have unanimously frowned at president Muhammadu Buhari for not officially naming the ferocious Bandits as terrorists that they really are.

It may seem as though the Nigerian government are intentionally treating the nefarious bandits with kids gloves while they keep kidnapping, Extorting and killings of innocent Nigerian citizens.

Jkcyno news gathered on Twitter the reactions of Nigerians especially after the most recent report that Senator Shehu Sani escaped death as terrorists bomb Kaduna-Abuja train.

Many also accused the Federal Government of being more interested in the Prosecution of Nnamdi Kanu and Proscribing of IPOB but care less about the terrorism on going in the North.

See how one Abuja-Kaduna train was damaged. But the FG has already entered its denial mode, saying it's vandals, NOT bandits who are responsible. What's vandals? Since when have "vandals" started operating there? What kind of vandal uses bombs? Is this done to whitewash bandits? pic.twitter.com/ZkMxlN4QV5

With the rising insecurity in the North, it’s laughable to plan any major investment in that region. Rewarding bandits with money has backfired with disastrous consequences! https://t.co/onEcJWFpQD

Few weeks ago, I did a report for one Nigerian media house of s terrorists attack in Kaduna where scores were killed.
In my report I used the word TERRORISTs instead of bandits. The editor told me to substitute Terrorists for bandits & I ask him why; "The NBC had warned us

Nigeria & US agreed that Fighter jets bought from US will be deployed against terrorists & insurgents only.

But now, FG is reluctant to tag bandits terrorists.
So that this fighter jets will not be used against bandits?

Why is FG romancing with Bandits? 🤦

Nigerian Railway has now suspended services due to the bombing by “bandits” in Abuja Kaduna axis.

The terrorists’ aim is now fully achieved. People either have to travel by road where they are kidnapped and slaughtered, or by air which they can’t afford.