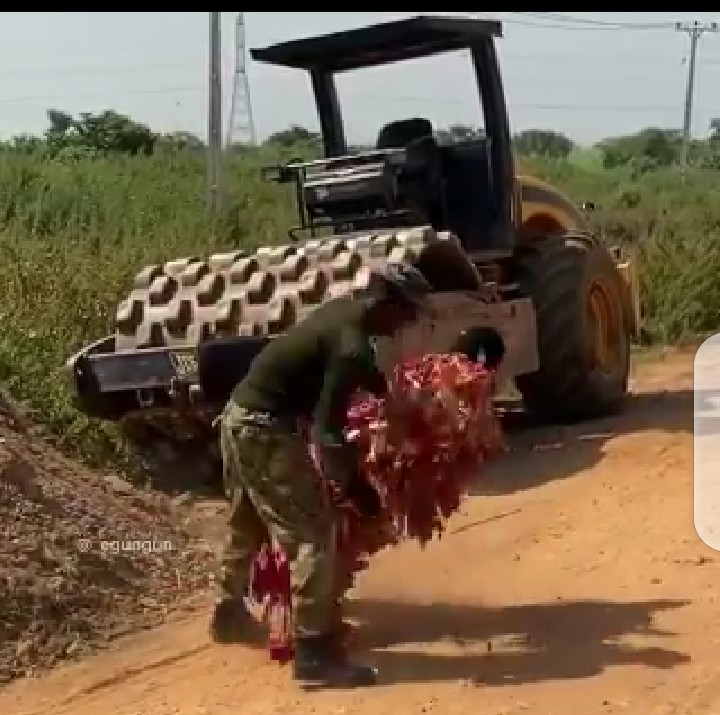 Sometimes, a particular behavior becomes so consistent that it would be accepted as a norm regardless of its veracity.

Nigeria Military personnel especially the Army have proven to be “demi-gods” whenever they are faced with the Nigerian citizens under any little provocation.

The video below though can’t be ascertained the particular time it happened showed a soldier brutalize a masquerade.

Aside the fact that masquerades are being revered as Deity,a human being cannot undergo such dehumanizing treatment by that soldier.

What had that masquerade possibly done to that soldier?

Did he steal? Kill someone? Or anything?

Was that enough to dehumanize anyone in a such a manner?

I think the ancestors would be boiling by now…. The army need to do some cleansing for assaulting the gods of our land….they must provide them with sacrificial items….. (on a lighter note).