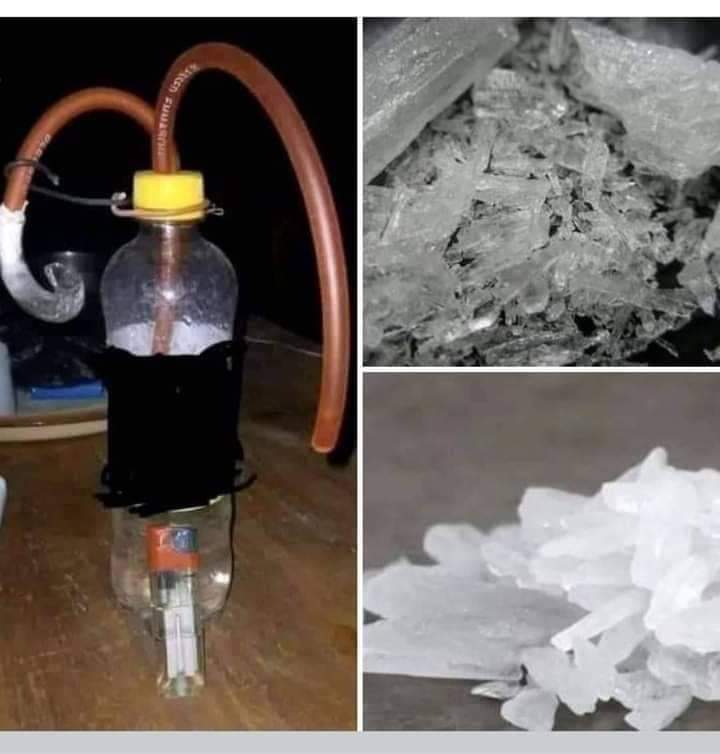 We have received over 100 messages from our readers in the southeast asking us this question. What is Mkpulummiri??

Mkpulummiri has become a serious issue in the southeast with thousands of Igbo youths addicted to the drug.

It Looks like Ice Block and can be blue in color sometimes. Mkpulummiri is known by experts to be one of the hardest drug addictions to treat.

When the effect wears off, the taker tries to have that feeling again thereby taking it again.

How Can You Know Someone Who Is Addicted
According to WebMD, these are the signs of someone with serious meth addiction?

Tattered dressing and shabby looks
Always picking at hair or skin
Loss of appetite and weight loss
Moving Eyes about every time
Strange sleeping patterns — staying up for days or even weeks at a time
Always Talking, Nonstop
Borrowing money often, selling possessions, or stealing
Angry outbursts or mood swings
Psychotic behavior, such as paranoia and hallucinations

What does Mkpulummiri Do To Your Body?

High Temperature and possible death
Unable To Sleep and Violent
The user ages fast and looks sick with lots of pimples.
Therapy and Cure For Mkpulummiri
There is no drug that can cure Mkpulummiri addiction. This is what makes it so dangerous.

The only treatment is Behavioural therapy which we are not sure is available in Nigeria now.

PLEASE STAY AWAY FROM MKPULUMMIRI!!!!!

There is no quick cure or drug for the addiction and the therapy cure is not readily available in Nigeria.