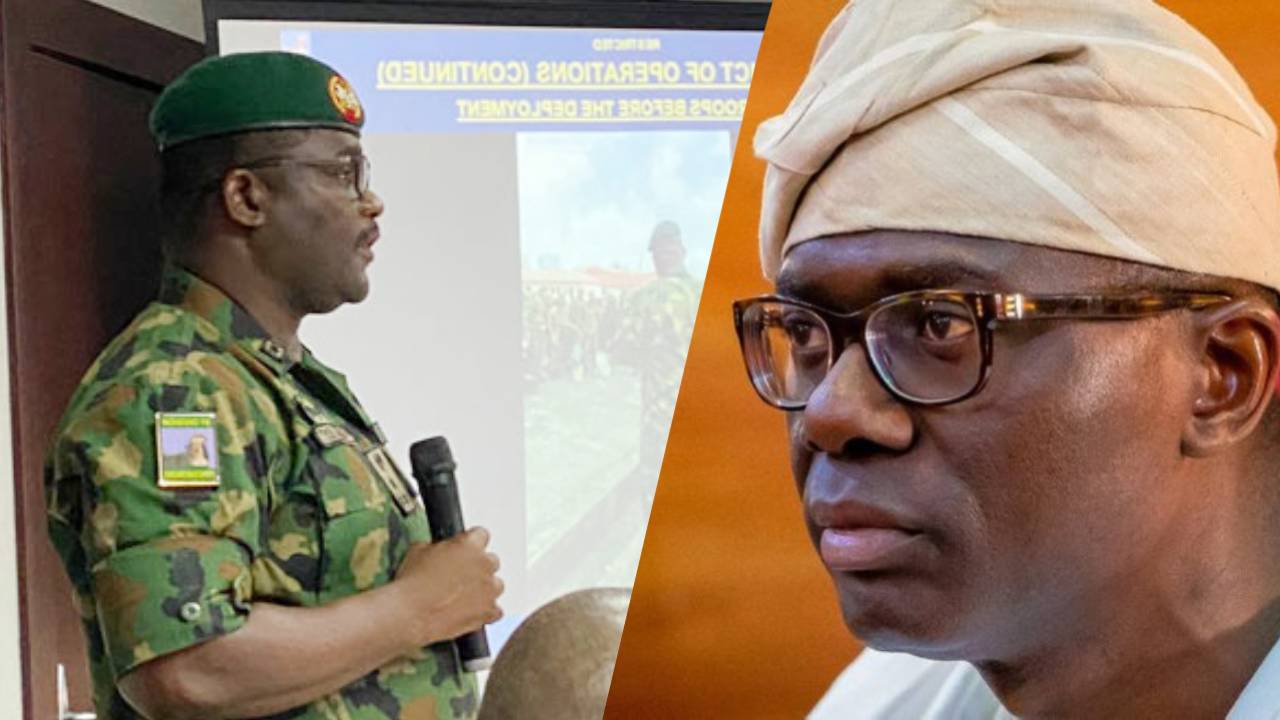 A brigadier general of the Nigerian Army, Ahmed Taiwo, has said that the military is not happy that Babajide Sanwo-Olu, governor of Lagos, denied inviting soldiers to restore peace and order in the state.
He stated this while appearing before the Lagos judicial panel on Saturday.
According to Taiwo, Sanwo-Olu called on the military for support on October 20, after the #EndSARS crisis degenerated into chaos.
“I spoke with the governor and said the army was unhappy that he said he did not ask the army to intervene. But I’m sure, after we’ve watched everything, we saw he had more than reasonable grounds to ask he army to intervene,” he said.
“Perhaps, it was the way everything went that made him say so.”