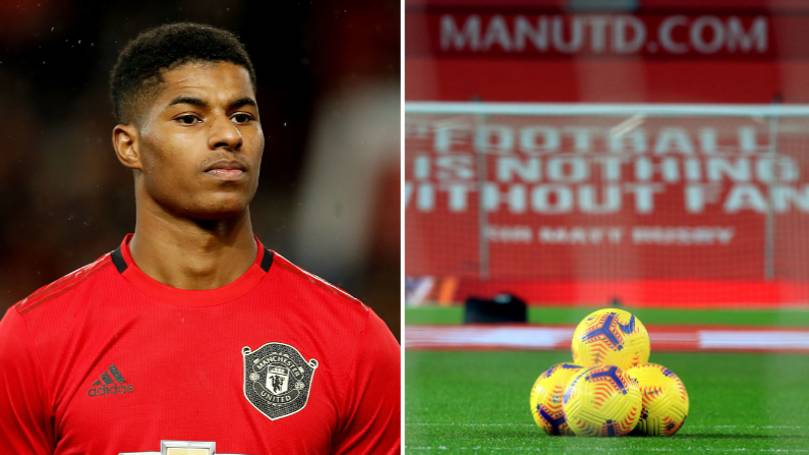 Marcus Rashford is the latest player to show that he is against the European Super League, despite Manchester United being one of the clubs behind it.

All season Rashford has been heralded for his work off the pitch as much as for his performances on it, either for United or England.

The 23-year-old was the driving force behind a campaign to get the government to reverse the decision on school meals being halted during holidays, not once but twice.

Once he’d done that campaign, the United striker then started a book club to encourage kids to read more. His heroics were so appreciated that even Liverpool fans discussed having a banner for their rival’s player!

Now Rashford has joined some of his fellow professionals in sticking his head above the parapet to hit out at the Super League.

The Mancunian simply posted a picture of the banner at Old Trafford that uses Sir Matt Busby’s quote, “Football is nothing without fans.”

Clubs have been without fans in the ground for over a year now, and many believe this is part of the reason the 12 greedy clubs chose now to reveal their Super League plans.

With no fans around, demonstrations against the clubs are harder to do, though some have still found a way.

Banners at Anfield and Old Trafford were put up on Monday and Leeds United fans gathered outside of Elland Road ahead of their team’s game against Liverpool, greeting the Reds’ arrival.

Whilst fans, players and pundits are staunchly against the whole thing, it is only Florentino Perez who thinks it’s a good idea.

The Real Madrid president claimed that the 12 clubs involved are trying to save football, how nice of him. “The attractive thing in football is playing between big clubs, the value for television increases and more income is generated,” the Real chief told tv channel El Chiringuito when asked about the impact on ‘smaller clubs.’ 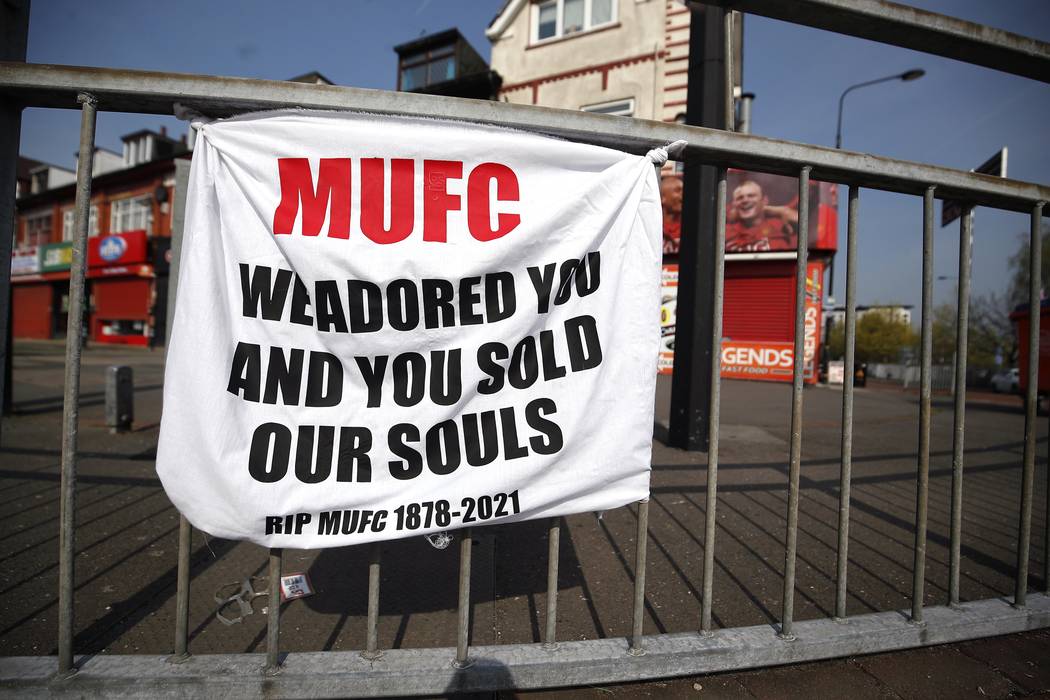 “It’s not just the rich who want the Super League, we’re doing it to save football because it’s at a critical moment.

“It will become like a pyramid because we big clubs will have more money and we will be able to invest it by buying players.

From Wythenshawe and loves to fight,
He's born to play, in red and white;
So listen close, it must be said,
Like Manchester, Rashford is Red! pic.twitter.com/hY1LVz7Zlb