The Indigenous People of Biafra has demanded the transfer of its leader, Nnamdi Kanu, to a prison in the eastern part of the country, following the attack on Kuje Correctional Centre, Federal Capital Territory, Abuja, Tuesday night by terrorists.

IPOB worried over the safety of its members detained at the Kuje prison, doubting the ability of the Federal Government to protect them.

IPOB made the demand in a statement issued Thursday by its Spokesperson, Emma Powerful, adding that its members illegally detained should be freed.

“We, the global family of the Indigenous People of Biafra, under our great leader, Nnamdi Kanu, wish to let the world know that IPOB members were profiled and detained in Kuje Prison yards for simply being indigenous to Biafra and of Igbo race,” the group said.

It further warned that it would not take it easy should anything happen to its members.

“We have their (IPOB members) details and want them alive because if anything untoward happens to our comrades, who are detained in Kuje, IPOB will never take it easy.

“It is high time these innocent folks are released. Nigeria cannot continue to detain them indefinitely while allowing terrorists and bandits to come and slaughter them under disguised arrangements.

A very pertinent question to ask is how can bandits and terrorists be rampaging the North, even supposedly attacking the President’s convoy and breaking into prison yards to release their colleagues, while the government deployed and continue to deploy battalion of soldiers to occupy many peaceful communities in Biafraland?

“Our intelligence unit uncovered an evil plan against our leader. We are, therefore, demanding that our leader, Kanu, be transferred immediately to a prison in the Eastern region for his safety.

“If anything untoward happens to him, Nigeria will see and feel total and consuming madness. Even after the Biafran nation’s freedom is fully achieved, they will never have peace,” the statement partly read.

The PUNCH had reported that the Islamic State in West Africa Province claimed responsibility for the attack on Kuje prison where inmates were freed. 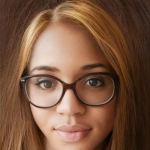