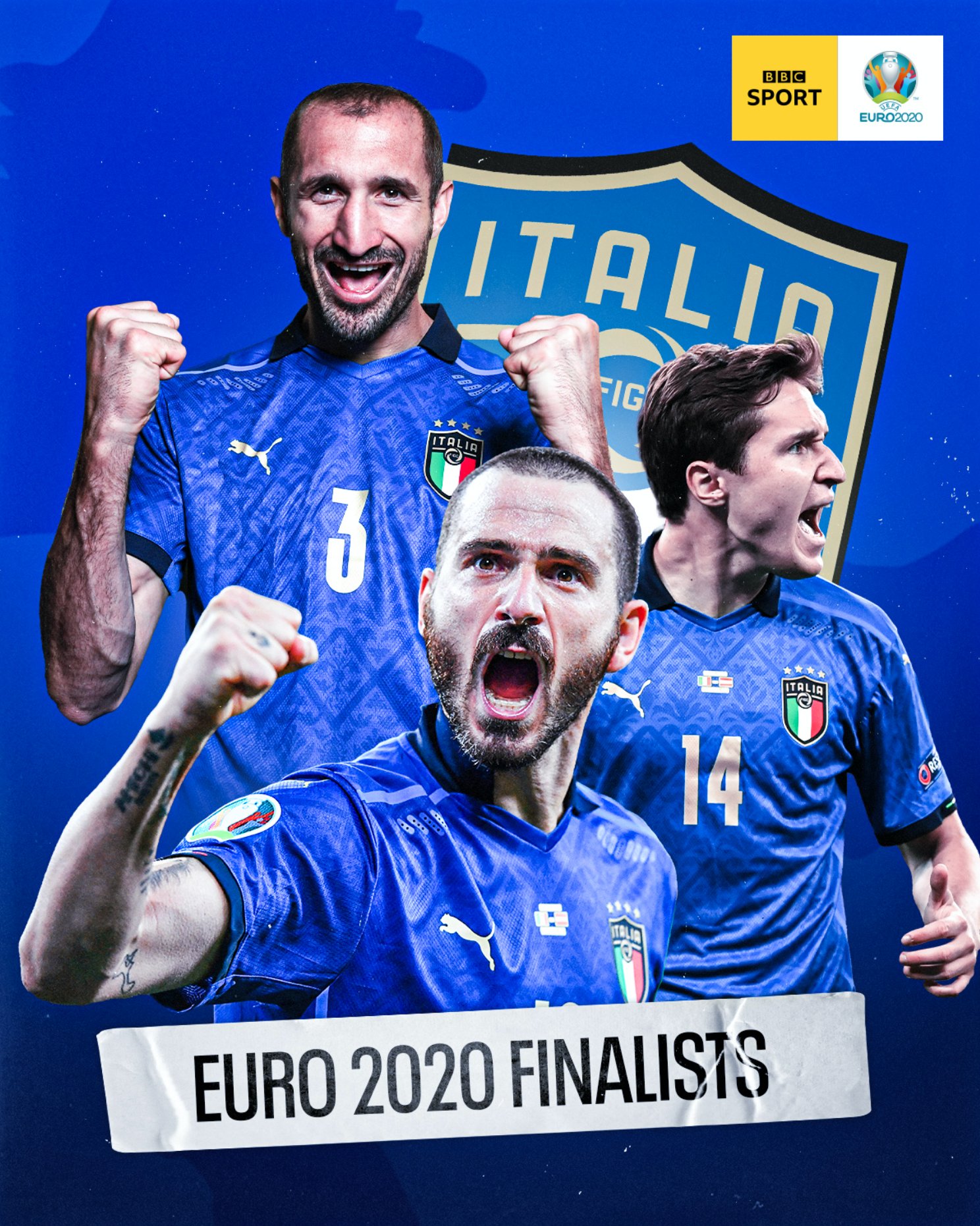 The Italian national team have progressed to the Final of the ongoing Euro 2020 after beating Spain in a one all draw.

The Italians caused the first stir after Chiesa scored a stunning goal in the second half of the game before Morata the substitute equalized from a beautiful pass from Lipezig player, Olmo.

The both team had to move on to penalties after they couldn’t decide in the open play.

Chelsea player Jorginho scored the winner to book a flight ticket to the finals for the Azurris..

England and Denmark decide who joins the Italians tomorrow.