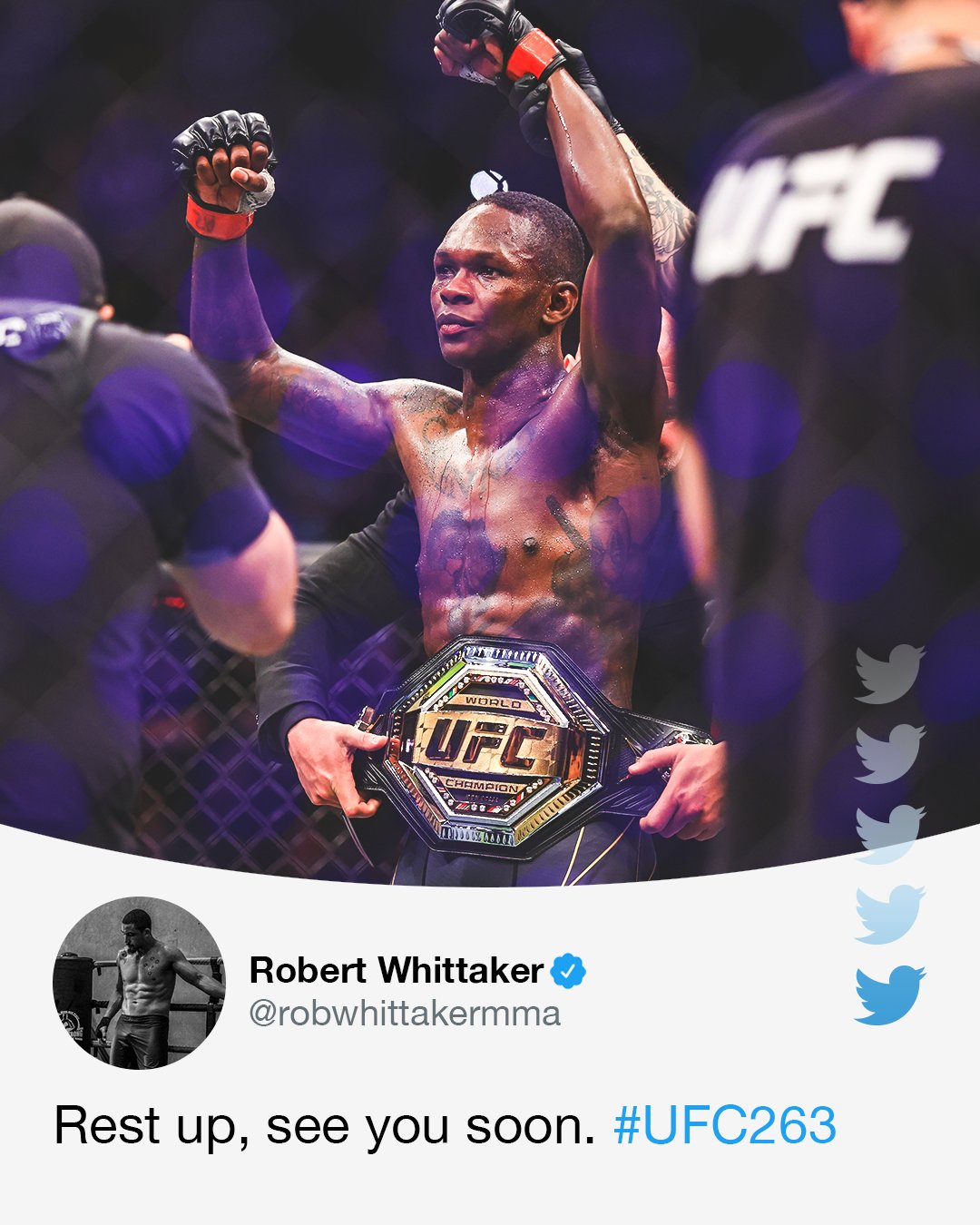 The win is Adesanya’s third title defence after losing to Jan Blachowicz in a bid to add the light heavyweight title to his laurels.

Adesanya showed improvements on his groundwork as he expertly untangled himself from all of Vettori’s takedowns.

Renowned as one of the best strikers in the division, the 31-year-old landed several leg shots and jabs as he dimmed Vettori’s dream of becoming the first Italian UFC champion.

It is the second time both fighters faced themselves in the UFC with Adesanya running out victorious via split decision in their first meeting in April 2018, which was the Nigerian’s second outing in the UFC franchise.

Both fighters have had heated conversations on social media and during press conferences but Adesanya had said he was ready to defend his title and rule the middleweight division after failing to secure the light heavyweight title from Poland’s Jan Blachowicz last March.

He earlier promised to send the Italian to the floor in the second round but the fight ended at Round five.

Vettori, ranked third in the division, has won five straight bouts leading into this championship tussle.

Vettori is unofficially nicknamed “Angry Marvin” appropriately as he brings an aggressive, bar-room-brawling stand-up style to his fights. His footwork and movement are choppy, forcing him to rely on his power and belligerent forward pressure as opposed to any fluidity of movement or defensive evasiveness.

Adesanya entered the fight off a March loss to Blachowicz in a battle for Blachowicz’s light heavyweight title.