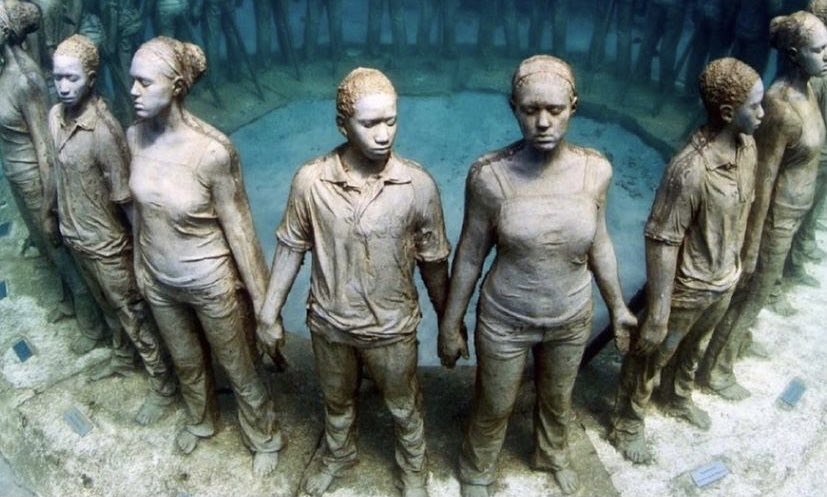 Igbo landing: a group of slaves from Nigeria (the igbo tribe) that decided death was better than bondage.

1. Igbo Landing is a historic site on St. Simons Island in Georgia. It was the setting of a mass suicide in 1803 by a Nigerian Tribe called the Igbos who had taken control of their slave ship and refused to be enslaved in the United States.

2.A group of Africans specifically west Africans were captured by the United States in a slaveship to be auctioned off at one of the local slave markets. The passengers on the ship included a lot of Igbo people from the Nigerian Tribe.

3.The igbos were recognized for being resistant to slavery and capture by the South. The group of 75 enslaved Igbo people were bought by for forced labor on their plantations in St. Simons Island for $100 each.

4.During this process of enslaving them, the Igbo slaves rose up in rebellion, taking control of the ship and drowning their captors causing the grounding of the Morovia in Dunbar Creek at the site now locally known as Igbo Landing.

5.After drowning their captors, the Igbo people went ashore and were directed by a igbo chief walked in unison into the ocean singing in the Igbo language “The Water Spirit brought us, the Water Spirit will take us home”.

6. Under the protection of their God chukwu; they accepted that death was better than bondage and drowned themselves.

The End…. Any question?

“No be “today Igbos began to thrive for survival…. 😂