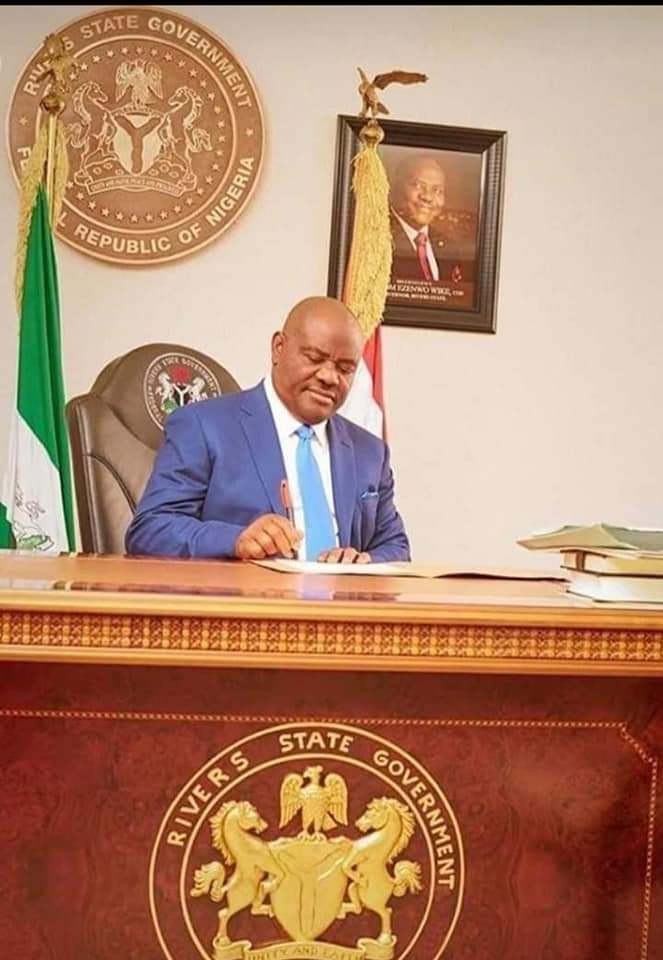 Rivers State Governor, Nyesom Wike, has lamented what he called injustice in the country especially in the area of resource allocation.

Speaking at a stakeholders’ meeting on Wednesday in Port Harcourt, the governor ordered companies based in the state to start paying their Value Added Tax to the state government beginning this September.

Wike lamented the injustice in the country, saying Rivers State generated N15bn VAT revenue in June this year, but got N4.7bn in return, while Kano generated N2.8bn in the same month and got the same N2.8bn back.

The governor also said N46.4bn was collected from Lagos State in the same month but the Federal Government gave Lagos N9.3bn. “Sometimes, you don’t want to believe these things exist,” he added.

The PUNCH had earlier reported that the Federal Inland Revenue Service, in a bid to retain the collection of the tax, wrote to the National Assembly to seek the inclusion of VAT collection in the exclusive legislative list.

Last month, the Federal High Court sitting in Port Harcourt, in a judgment in suit number FHC/PH/CS/149/2020, held that the Rivers State Government had the powers to collect VAT within its territory.

Although the FIRS applied to the court for a stay of execution, Justice Stephen Pam rejected the application, saying granting it would negate the principle of equity.

Briefing business owners in the state on Wednesday, Wike said any organisation that failed to pay VAT to the state would be sealed off.

“The Federal Government surreptitiously lobbied to amend the constitution to place VAT collection in the exclusive legislative list.

“You don’t bully a state like us. The FIRS should be very careful. I have the political will to do a lot of things. If they continue to bully us, I will take (over) all their offices in the state.”

The governor warned oil companies and business owners not to henceforth remit their VAT to the FIRS, but to the Rivers State Government.

He stated, “I don’t want you to fall prey to the people, who think they can use force to take our money.

“If you want to take advantage and say you don’t know who to pay to, it is a lie, you know.

“From this September, we must collect all our VAT.

“All the banks playing pranks by saying they have not heard from their head offices, I will seal off your branches. If I say I will, know that I will.

“We will not look back but seal off the premises of such companies.”

Wike added that Rivers did not need the Nigeria Police Force to enforce the collection of VAT, but would use the state-created security outfit that was backed by law.

“We don’t have to use the police; we have our security (outfit) as allowed by law and we will use it.

“Please tell your authorities to pay our VAT to our revenue board, which of course you have been told how to do it.

“Until there is a (court) order stopping us, we won’t stop the collection. If an appeal (court) revokes it, no problem, but the position of the law today is that VAT is for Rivers State.

“The FIRS cannot threaten you. We are the landlords here, I hope you know that. We have enormous powers to use by law.