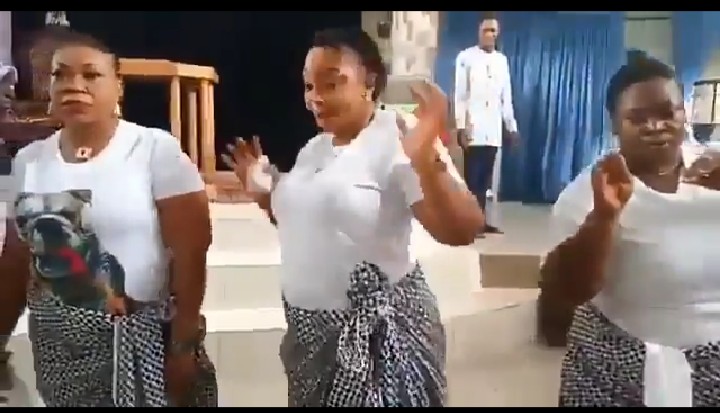 This is a typical synonym to “what a child can do, mothers could do better”.

These set of women, apparently, chiristian mothers were seen displaying some “Break dance” moves in a gathering to the amazement of the cheering audience.

Though some of the moves look like “sanke in the monkey’s shadow” karatee movement.

Watch the hilarious dance moves below…

Break dance from our mummies in the eastern part of the country. The last one weak me 😂😂😂😂😂😂 pic.twitter.com/gSHsFq0EZX