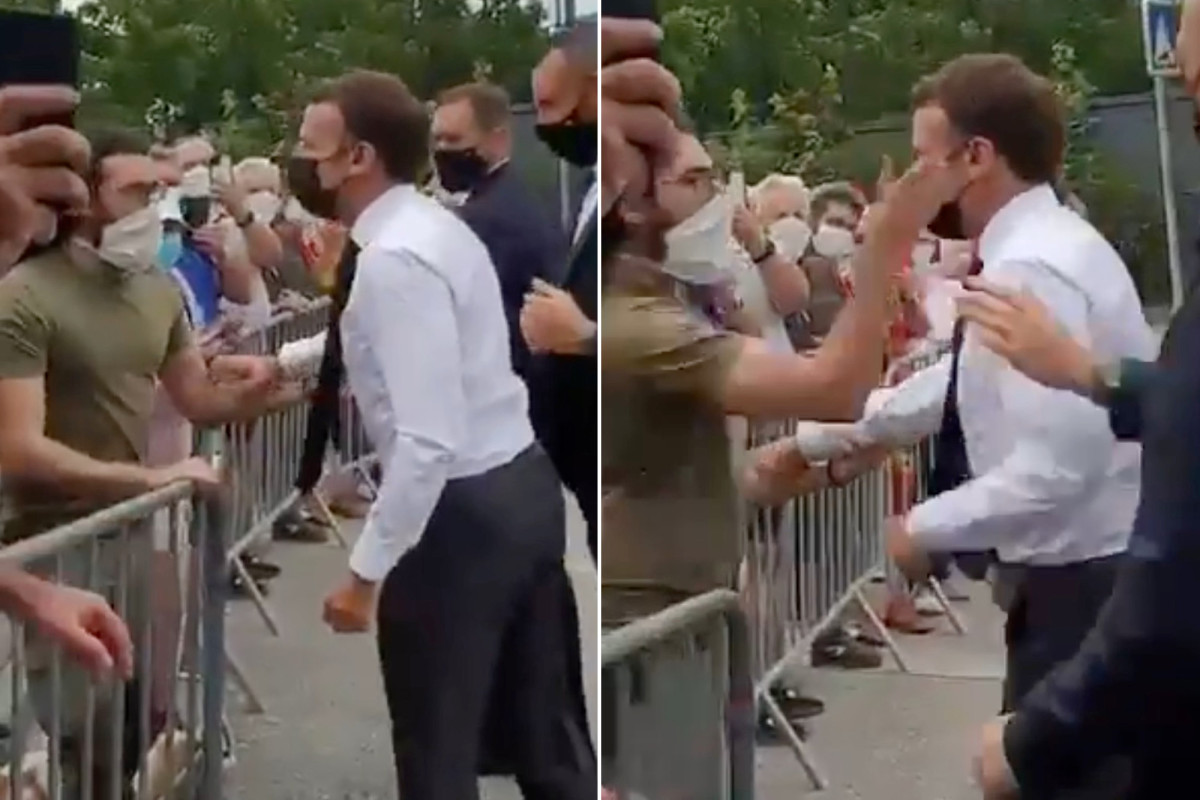 French President Emmanuel Macron has been slapped in the face on an official visit to the south-east of France.

In a video circulating on social media, Mr Macron is seen walking up to a barrier on a trip to Tain-l’Hermitage outside the city of Valence.

A man in a green T-shirt slaps Mr Macron in the face before officers quickly move in. The president, meanwhile, is pulled away.

“We must not let ultra-violent people take over the public debate: they do not deserve it,” he told French newspaper Le Dauphiné.

The man reportedly shouted “Down with Macron-ism” as he slapped the president, as well as “Montjoie, Saint-Denis” – the battle-cry of the old Kingdom of France, in reference to the banner of King Charlemagne.

In the video Mr Macron briefly returned to the barrier after the incident and once again interacted with the crowd.

“I continued and I will continue,” he later told Le Dauphiné. “Nothing will stop me.”

As yet the identity and motive of the man are unclear. The local prefecture said he and another individual are being questioned by the gendarmerie, in a statement reported by AFP news agency.

Officers were out in force on the streets of Valence shortly after the slap, according to one French journalist’s tweet.

A man slapped President Emmanuel Macron in the face on Tuesday during a walkabout in southern France, an incident which his prime minister denounced as an affront to democracy. pic.twitter.com/L5LLlfB4l8

A president was slapped and no one died and if na one country like that…. War for don start….. Ewoo