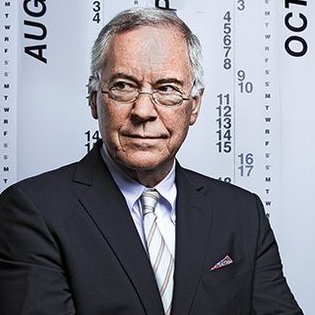 A foreign economist, Prof. Steve Hanke has questioned the stance of the president of Nigeria, Muhammadu Buhari over the mass shooting at unarmed EndSARS Protesters in Nigeria.

Prof. Steve Hanke posted this video showing where peaceful #EndSARS protesters were lying on the road as several gunshots sounds were heard.

In his caption, he asked :

“As gunshots rang out in the streets during the #EndSARS protests in #Nigeria, where was #Sleepy @MBuhari?”

He described President Buhari as sleepy which would be accompanied with the recent persecution and suppression of EndSARS Protest Promoters.

CBN Governor, Godwin Emefiele was reported to have frozen the Bank Account of EndSARS Protest Promoters as the government has started referring to Nigerian peaceful protesters as “terrorists” while discussing on ways of reintegrating the “Boko Haram terrorists” into the community.

Such an unfortunate irony..

You’d recall that Jkcyno blog reported that a soldier was caught on camera brutalizing a citizen on Kaduna road.

He was quoted as saying that “he would kill him and nothing would happen” .

If he killed him, would anything had happened?

My guess is as good as yours especially after weeks without any viable lead on how to bring the SARS operatives accused of murder to book.

As gunshots rang out in the streets during the #EndSARS protests in #Nigeria, where was #Sleepy @MBuhari?pic.twitter.com/WCRlwboDk2