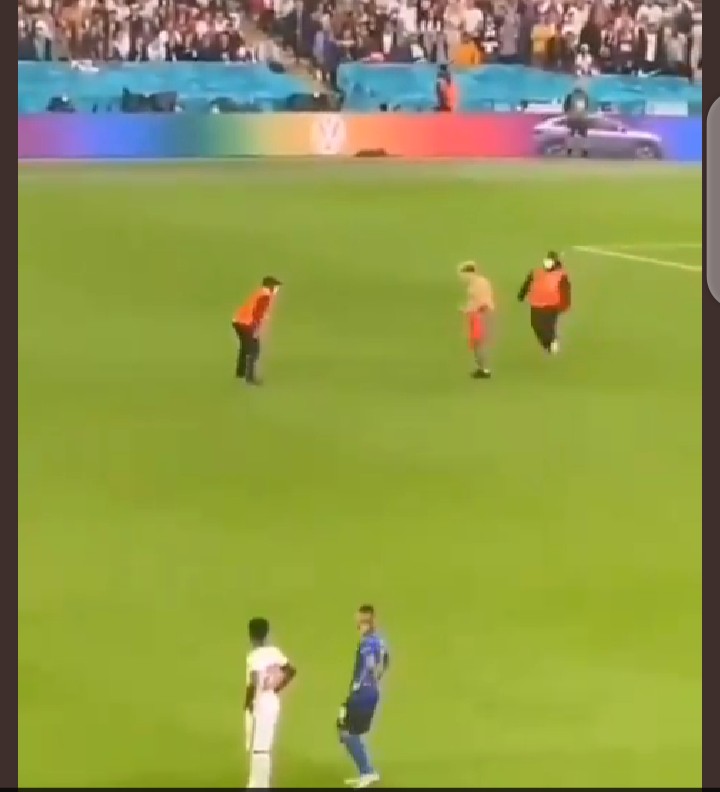 Italy beat England to win Euro2020 last night as England failed to take their advantages during the penalty shootout.

Unfortunately, the three English players who missed the penalties have been subjected to severe racial abuse especially Bukayo Saka who missed the last spot kick.

Some over zealous England 🏴󠁧󠁢󠁥󠁮󠁧󠁿 fans were also spotted beating up some Italian fans after the hurtful loss.

However, the funniest highlight of the tournament was when a fan invaded the pitch and had serious fun racing through the pitch as the match was halted.

Though, viewers did not see this funny moments of craziness as the cameras deliberately avoided it.

Jkcyno news has traveled to England to get it to you for breakfast 🥣…. 😂

The best part of #Euro2020Final please there shouldn't be any racial abuse on ||Rashford Saka Sancho penalty is a game of luck
The English Henderson Arsenal Man U Chiellini Donnarumma Rome Manchester united|| pic.twitter.com/RqJ6hnC9Bp

You may need to install Twitter VPN to view..