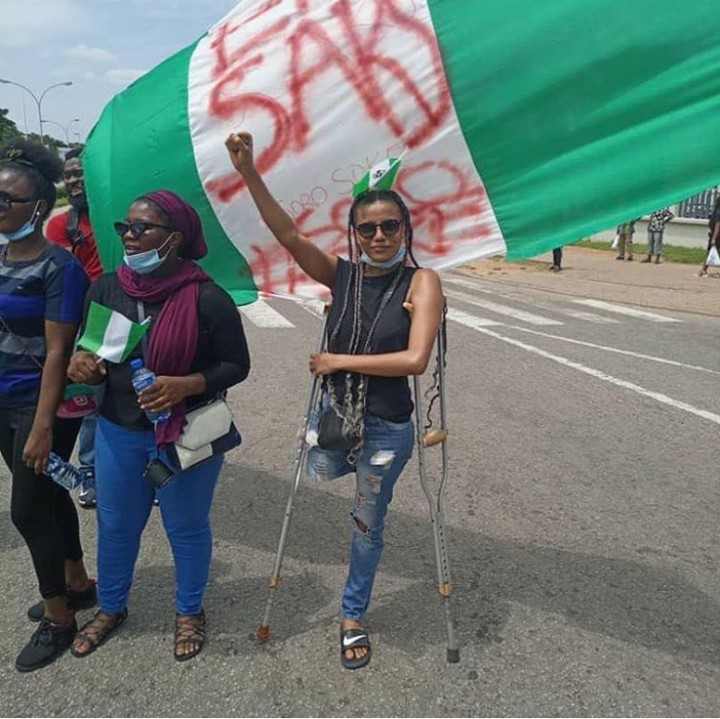 Jane, a physically challenged Nigerian lady is currently feeling the warmth and kindness of Nigerians as she is now only a few thousand naira away from changing her life for the better.

Despite living with just a limb, this did not deter her from joining the ongoing anti-SARS protest. A photo of Jane at the protest walk surfaced online, leaving many people in awe and some, inspired.

Popular influencer and medical practitioner, Aproko Doctor, shared the now-viral photo of the lady and revealed she had been unemployed since 2013 due to her present reality.

He then set up a GoFundMe to raise the sum of N500,000 to get her a prosthetic leg. Much to the pleasure and surprise of many people, the account raised over targeted sum under 1 hour.

Due to the willingness of many to contribute towards helping the young lady, the targeted sum was increased to N1,500,000.

Aproko Doctor explained that the decision was made in order to get Jane the highest quality.

“We updated the amount needed after deliberations with @Bayo_Ojelabi seeing as she will deserve the highest quality possible. He and his team will not collect a dime for assembling the prostheses. Everything will be done. Free of Charge. God bless you! Let’s keep it coming!” 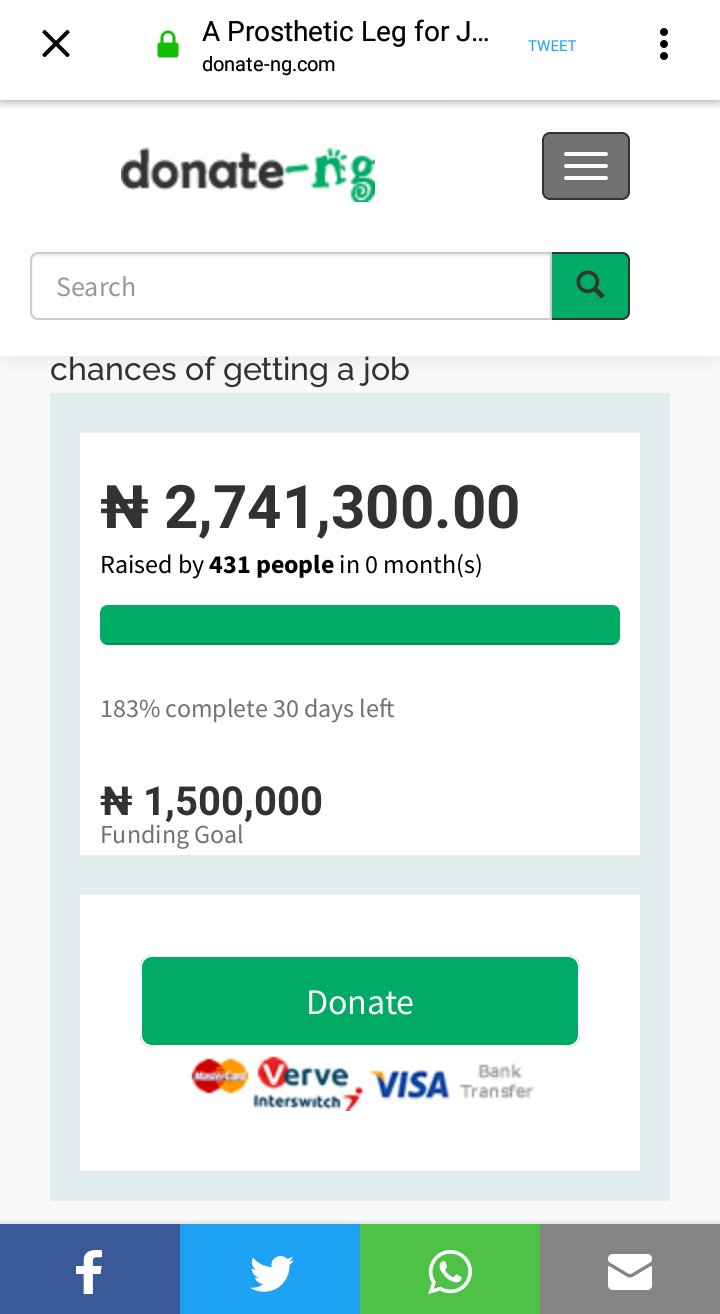