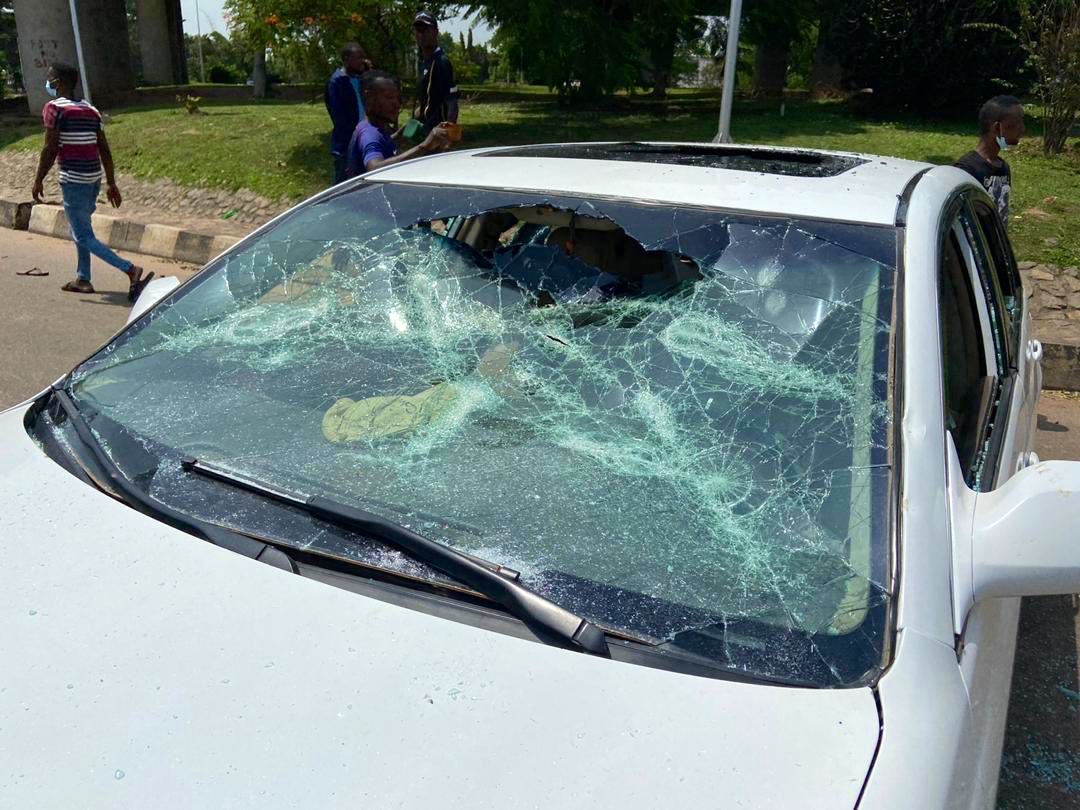 It was not so palatable in Abuja as some miscreants possibly hired by some unknown persons to disrupt the peaceful protest by the #EndSARS protesters met more than what they bargained for.

It happened at Berger in Abuja as some sets of Hausa boys approached the protesters with weapons and suddenly started smashing their cars with their sticks.

It later turned bloody as the protesters retaliated and caught some of them.

The moment 1 of the prosars boys was caught and beaten . Omo Nigerian youth are angry and ready .. the prosars were all Hausa/Fulani boys #AbujaProtests #Berger #SARSMUSTEND pic.twitter.com/EaPmx3DQq6

Apparently some thugs where hired by ProSars to disrupt the peaceful protest thereby injuring some people no life lost as far
LIVE IN BERGER RT for awareness
#EndSWAT #SWATMUSTEND pic.twitter.com/VqRO9XknB5

That's one of the ProSARS hired to attack #EndSARS Protesters in Berger lying in his pool of blood. This shows how irresponsible Nigerian government is but I'm happy seeing beginning of the end of nonsense we have been experiencing. #SARSHASENDED #EndSWAT pic.twitter.com/UN25blenY0

Nigerian government with the agenda again. They’ve paid the ProSars guys, and they’re approaching protest joint with sticks at berger, they're breaking cars so the media can say the protesters are taking it to violent level. #ENDSWAT #SARSMUSTEND
pic.twitter.com/x5Lx8ZdIo2

How on earth would anyone hire thugs to disrupt protest that concerns the whole Nigerians…….. However, some were caught and beaten to stupor, taken to the hospital for treatment….. None was lynched….. Message passed