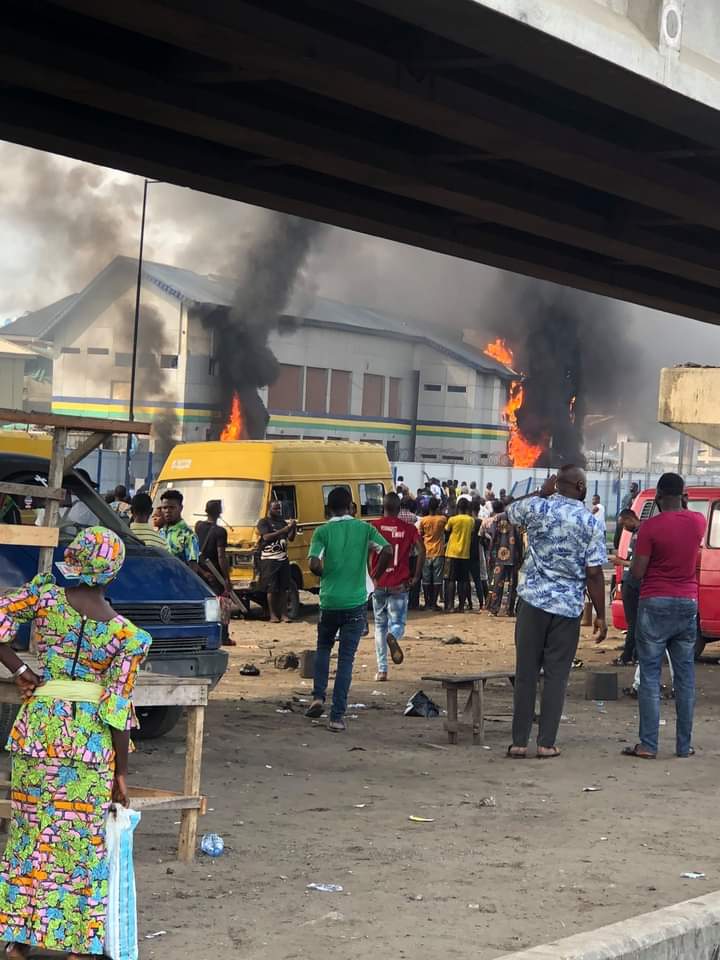 Apparently, the infiltration of the protest by several thugs, hoodlums have gone ahead to thwart the original agenda of the genuine #EndSARS protesters.

From the report, two police men from the Orile station of the Police shot and killed one youth who happened to be a younger brother to an NURTW member. The incidence made the “agberos” and concerned youths to react by setting the station on fire and apparently lynched one of the policemen.

Orile policemen shot 2 peaceful protesters today of which one is a younger brother to one of NURTW members.
This happened before the station was set on fire this morning.#EndSars #OrileProtest #EndPoliceBrutalityinNigeraNOW #EndSARSImmediately #EndBadGoveranceInNigeria #EndSwat pic.twitter.com/W8Ettn9XGR

From the above video, you would see when they tried taking the Police victim to the hospital using a motorcycle.

He had died as reported…

Shortly after that, one of the Police officers was caught and beaten to a pulp (we can’t confirm if he was eventually lynched).

This is getting ugly 💔😩 God!! 🙆🏾‍♂️ #Endsarspic.twitter.com/mru4IFBTDR

The gory scene above happened before setting the Police station on fire.

We learnt the DPO and other officers fled the scene and station.

How it all started…. Watch below

It later degenerated to this….