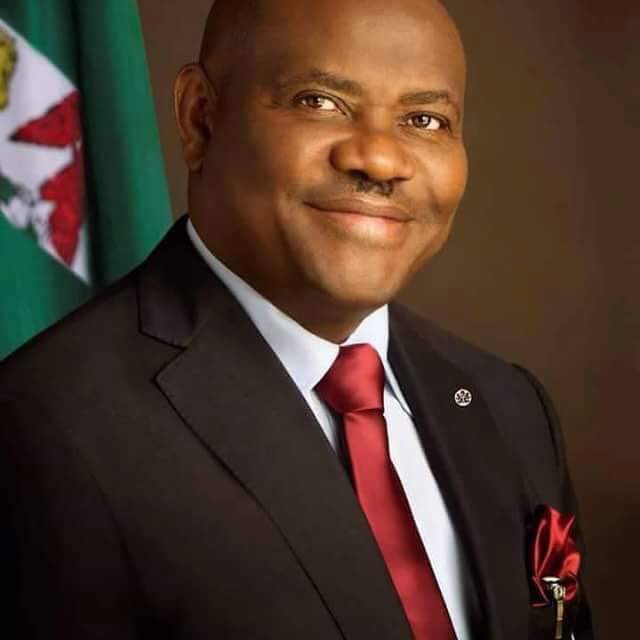 Governor Nyesom Wike who has been in Edo for the gubernatorial election on Saturday seems to be in trouble.

Edo state is heated up as the amount of Policemen and other security personnels on the streets make the city more like war besieged.

Earlier today, Gov. Nyesom Wike in a town hall meeting addressed members of his team (PDP) to be wary of the impending chaos upcoming.

In his terms “if they wish to kill all of us, let them kill us all”

Watch the video below..

However, later, Gov. Nyesom Wike’s hotel room has been surrounded by numerous Policemen  in a bid to prevent him from moving around and also force him out of the state.

I just got off the phone with Governor Wike and he confirmed to me that 100s of policemen acting under the instructions of the IG are preventing him from leaving his hotel room and are ordering him to leave Benin. He insists that he is going nowhere so long as the APC Campaign

While the bribe seeking Governor from Kano state is allowed to move around in Edo state.
Buhari thank you for everything, we leave you to your creator

Nigerians gave these people the opportunity to do whatever they like and get away with it. Unfortunately it will only be getting worst because they will always get away with it, when we have had enough am sure we will do the necessary.

Elections has always been Silent Wars in this country where people (young people) die trying to satisfy a politician who will never, I mean never ever allow his children to do those things. But then, our Mumu never do. At the end of the day, LET THE BEST RIGGER WIN tomorrow. 😑😑

Reports coming from Edo State have it that Nyesom Wike’s hotel in Benin City has been surrounded by over 200 policemen led by DIG Leye Oyebade with threats to him to vacate Edo State.
Meanwhile, Hope Uzodinma & his Ganduje are roaming Edo State freely without any hindrance. Sad.