It’s confirmed that Gov. Godwin Obaseki is returned as the Gov. elect in Edo state.

From the final results released by INEC, 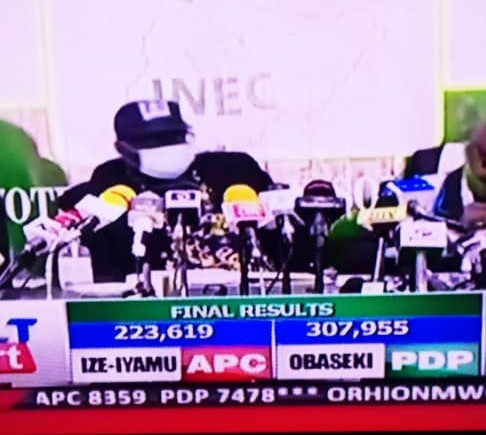