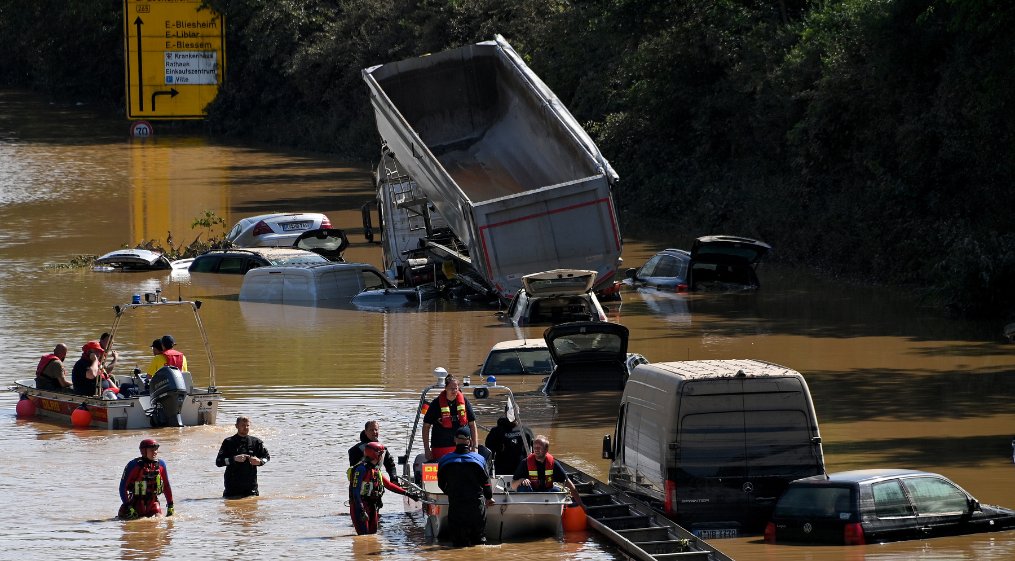 German Chancellor Angela Merkel has expressed shock at what she described as surreal destruction caused by last week’s flooding.

At least 188 people in Germany and Belgium are now known to have died in the floods.

Heavy rain is continuing to wreak havoc, with attention now shifting to parts of Austria and southern Germany.

Emergency crews rescued people from homes in the Austrian region of Salzburg, where floodwaters submerged the streets of one town. The fire brigade said the capital Vienna saw more rainfall in an hour on Saturday night than in the previous seven weeks.

In the Upper Bavaria region, one person was killed as heavy rains deluged basements and roads.

Meanwhile in western Germany, authorities said the Steinbachtal dam, south-west of Bonn, remained at risk of breaching after residents were evacuated from homes downstream.

European leaders have blamed climate change for the floods, which have also affected Switzerland, Luxembourg and the Netherlands.

Mrs Merkel said the world had to “be faster in the battle against climate change”.

She walked through the badly-hit village of Schuld, surveying the damage and speaking to residents and emergency workers.

Later she pledged to fast-track aid for reconstruction.

“We are by your side,” she said, describing the situation as “terrifying”.

“It is shocking – I can almost say that the German language doesn’t have words for the destruction that’s been wreaked,” she said.

“What I could see, however, is also incredibly comforting – how people are sticking together, how they are helping each other, the solidarity that is there.”

Finance Minister Olaf Scholz said a package of €300m ($354m; £257m) in immediate aid would be proposed at a cabinet meeting on Wednesday.

The scale of the damage is becoming clear, as rescue crews continue to look for victims.

At least 157 people are now known to have died in the floods in Germany, including four firefighters. Some 31 people have died in Belgium.

The states of North Rhine-Westphalia, Rhineland-Palatinate and Saarland have been the worst affected in Germany.

Thousands of people were reported missing during the height of the floods, but many have since been accounted for.

In the spa town of Bad Neuenahr in Rhineland-Palatinate’s Ahrweiler district, residents were determined to begin the clean-up operation, scraping mud from the streets and clearing piles of debris.

But the task is huge, with many businesses and livelihoods in the town swept away, electricity and gas still cut off and communication lines destroyed. 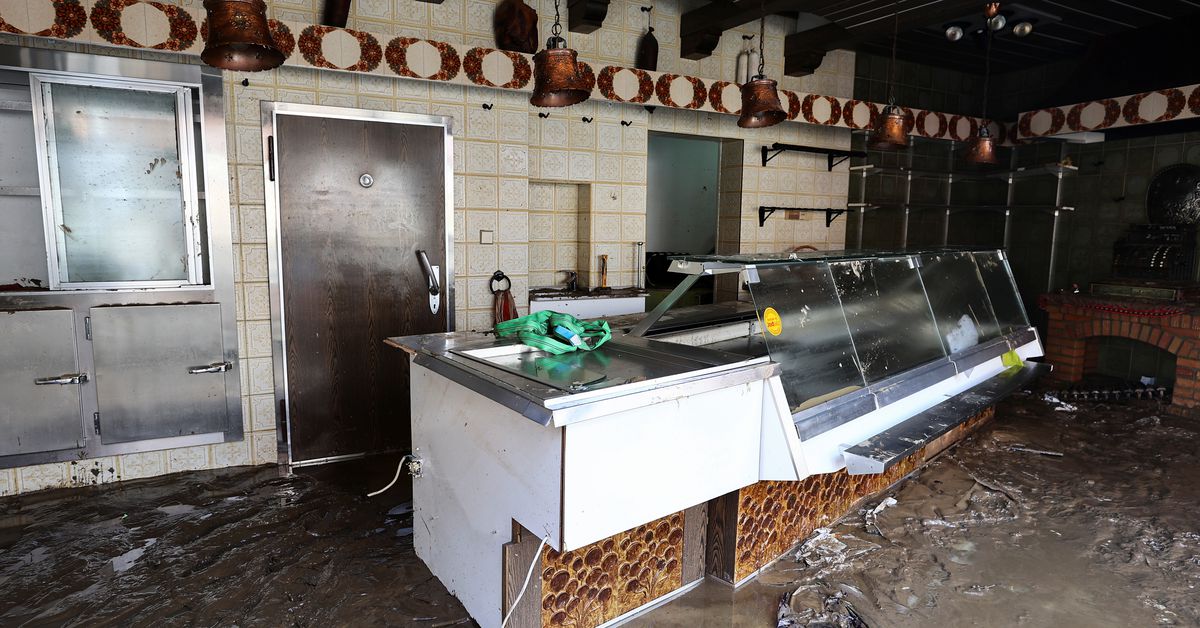 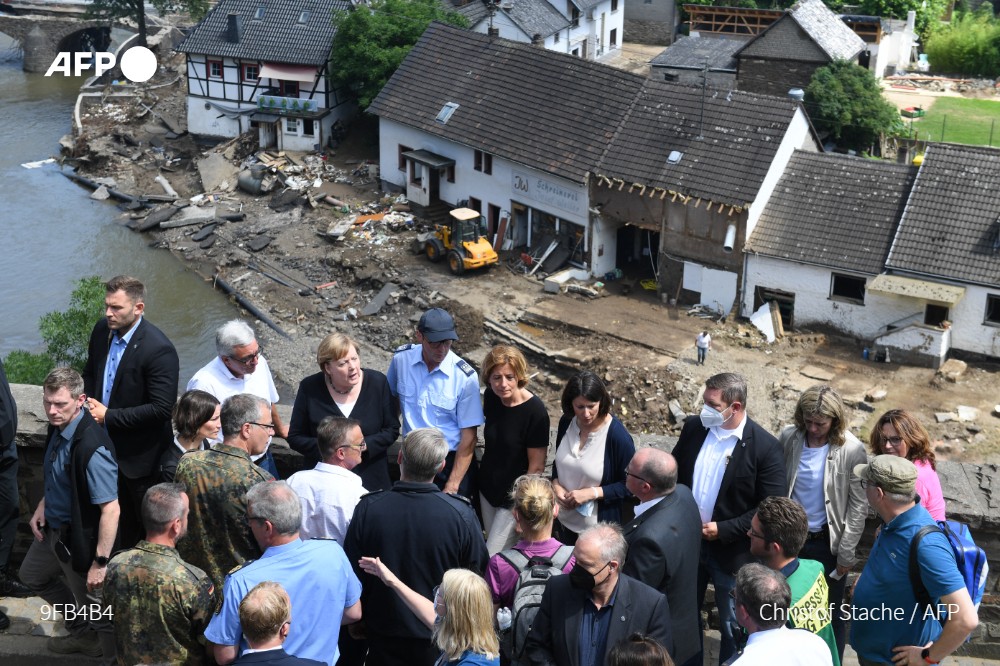 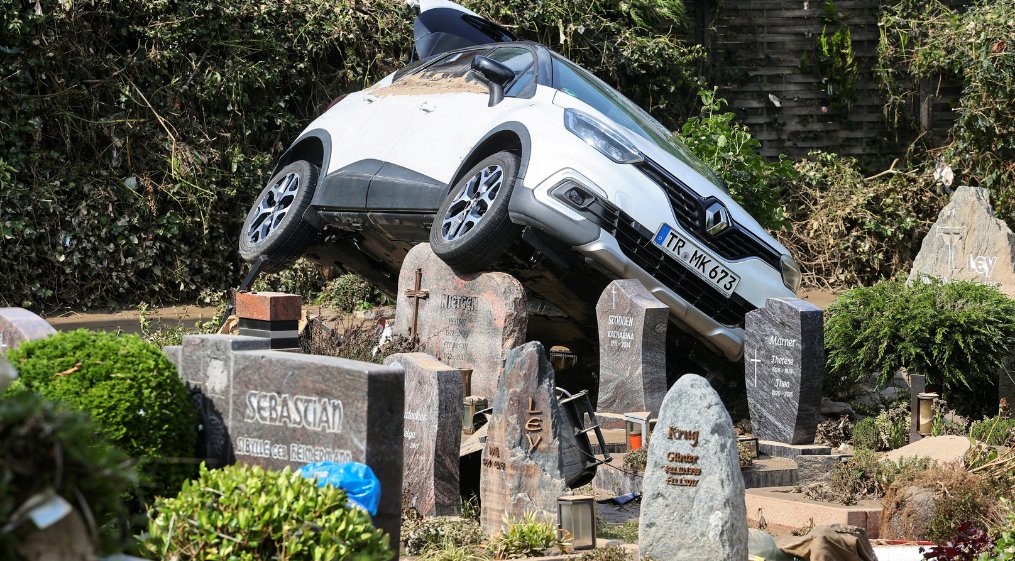 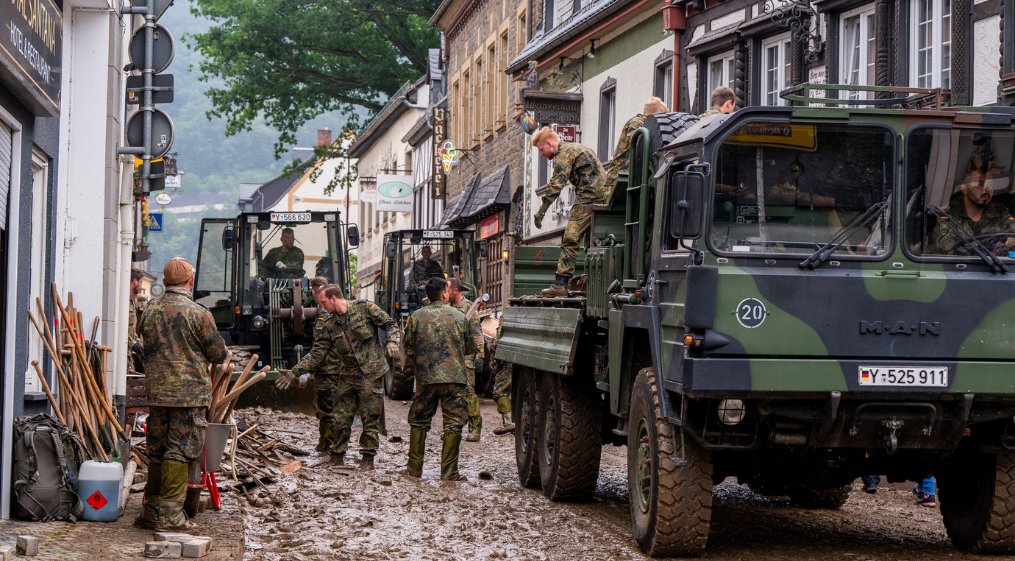 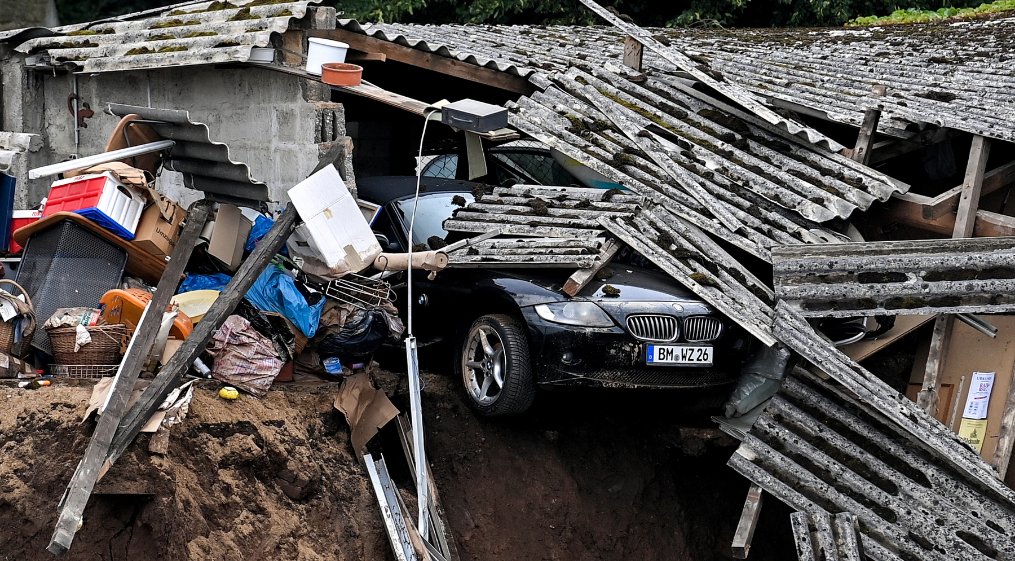 “There were alarms, it stank, it was unbelievable.”

German residents toiled to clear up damage from deadly floods on Saturday pic.twitter.com/X05TNluzMh

Liege residents are seeing carrying two dogs to safety from the catastrophic flooding that has inundated parts of Europe. https://t.co/1aiclG3sfq pic.twitter.com/FAtG2MJUZV