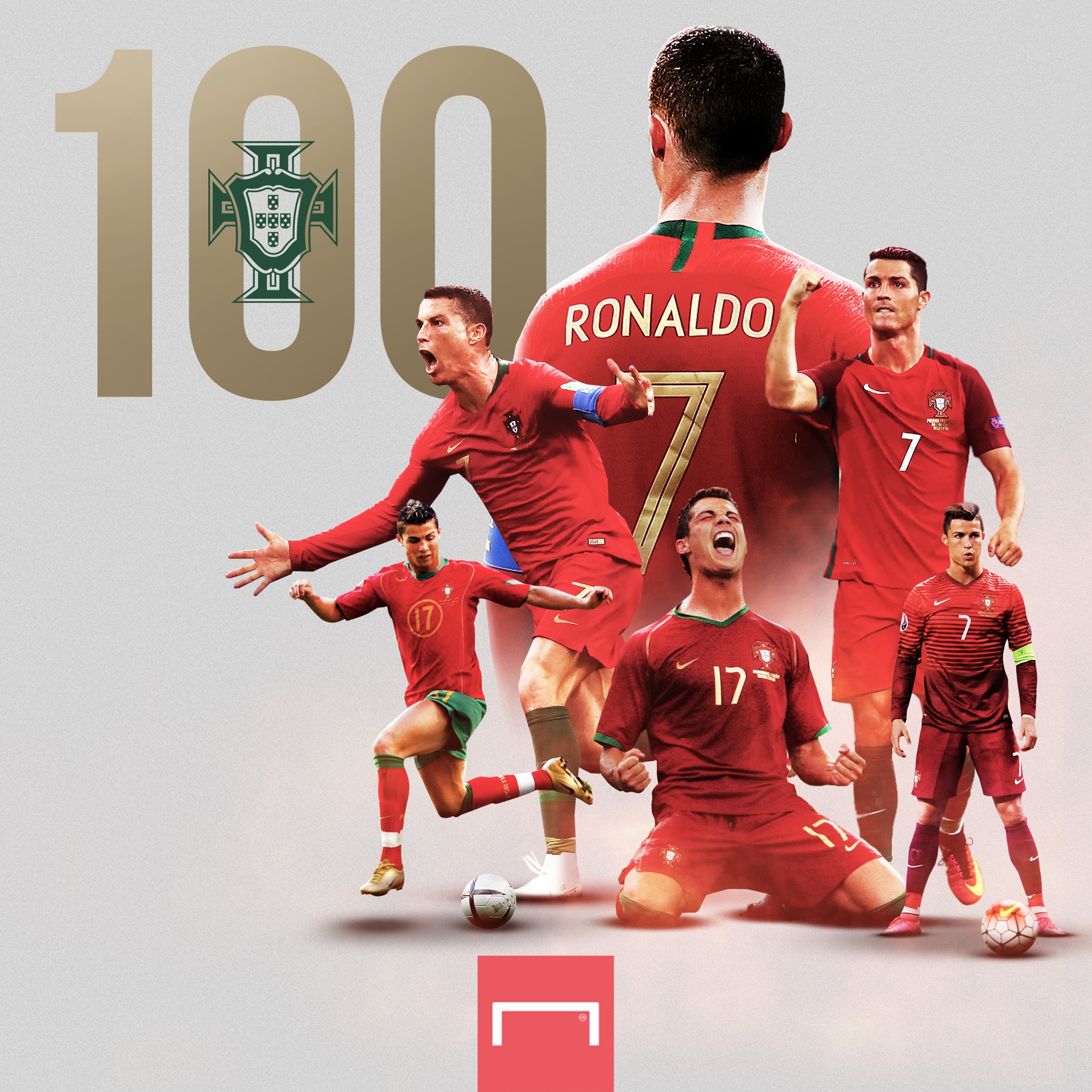 Cristiano Ronaldo was never going to break the 100-international-goal barrier with a scruffy tap-in from three yards. If his previous achievements have taught us anything about the Portugal captain, it is that the spectacular is always preferable to the mundane. So it was fitting that he became only the second men’s player in history to hit 100 goals for his country with a stunning free kick against Sweden to bring up his century.

And it should surprise nobody that he went on to score a second in the 2-0 Nations League victory to take his Portugal haul to 101 goals. That is what Ronaldo is all about: even when he records a new milestone, he instantly moves on to the next target.

The Juventus forward will turn 36 in February, but he is now only eight away from equalling the men’s world record for international goals — the 109-goal mark set by Iran‘s Ali Daei — and his performance in Sweden showed there is still plenty left in the tank.

Ronaldo clearly has a liking for the Friends Arena in Stockholm. In November 2013, he rolled into the Swedish capital for the second leg of a World Cup qualification playoff that had been billed as a shootout between Ronaldo and local hero Zlatan Ibrahimovic. Ibrahimovic scored twice that night, but Ronaldo went one better by scoring a breathtaking hat trick to secure Portugal’s place at Brazil 2014 and take his international goal tally to 47.

Ronaldo was 28 then, a global star at the peak of his powers with Real Madrid, but he was not even halfway to the 100-international-goal mark and nobody would have truly believed it would be possible for him to make it to triple digits and have a chance of breaking Daei’s record. But by scoring numbers 100 and 101 for Portugal on Tuesday, it is now surely only a matter of time before he claims the record for himself, and it is likely to be one that stands for many years to come.

India‘s Sunil Chhetri is the closest active player to Ronaldo, with 72 goals for his country, but Chhetri is 36, so time is clearly not on his side. Lionel Messi (70) and Robert Lewandowski (61) are also too far adrift to have any real hope of emulating Ronaldo by hitting 100, never mind going beyond Daei’s record of 109. Perhaps Neymar (61) and Ali Mabkhout — the 29-year-old United Arab Emirates forward with 63 goals in 83 games — are the only players with an outside chance of catching Ronaldo, but for that to happen, Ronaldo has to stop first, and there is little sign of that happening anytime soon.

Against Sweden, the pace and desire was still there, with Ronaldo twice forcing important saves from goalkeeper Robin Olsen before scoring number 100 with a 25-yard free kick on 45 minutes. It was a classic Ronaldo strike, with the free kick just clearing the wall before flying into the top corner, beyond Olsen’s grasp. His second, on 73 minutes, was another textbook clean strike by the former Manchester United star.

Neither of his goals were scored in the fashion of an ageing veteran, struggling for speed of thought and movement. But Ronaldo has always belied his age. He scored 52 goals in 118 appearances for his country before the age of 30, at a rate of 0.44 goals per game. Since hitting 30, however, he has planted his foot firmly on the pedal and accelerated towards 100 by scoring 49 goals in 47 internationals, at a rate of 1.04 goals per game.

Most players, if not all of them, slow down once they get into their 30s, but Ronaldo has gone the other way, like a footballing Benjamin Button.

But for an infected toe, which forced him to miss Saturday’s clash with Croatia in Porto, Ronaldo would probably have broken the 100-goal mark at Estadio do Dragao. Having scored his first international goal at that stadium against Greece at Euro 2004, it would have been a symmetrical way to bring up his century, but maybe he will hit 110 there. It is also a testament to Ronaldo’s commitment to the international game that he stayed with the Portugal camp rather than withdraw and return to Juventus for treatment on his toe.

While Messi has been unable to repeat the success he has enjoyed with Barcelona — losing multiple finals in the colours of Argentina and actually retiring from international football at one point — Ronaldo has backed up all his titles won with Juve, Madrid and United with a European Championship and the Nations League for Portugal. His goals in Sweden are his reward for leading a country that has always had to punch above its weight on the international stage.

The next step will be to break Daei’s record. Portugal face France twice, Sweden at home and Croatia away before the end of 2020, with friendlies in 2021 prior to the rescheduled Euro 2020 next summer, so the smart money would be on Ronaldo breaking the record during Portugal’s defence of their European crown. And that would also be fitting, with the stature of Portugal’s opponents adding weight to Ronaldo’s achievement.

Of Daei’s 109 goals, 16 were scored against Laos and the Maldives, with six against Lebanon and five apiece against Sri Lanka and Nepal. Lithuania, Luxembourg and Sweden have been Ronaldo’s favourite opponents, with each conceding seven times against him, but he has also scored big goals against heavyweights such as Spain, the Netherlands, Argentina and Belgium.

So if, or when, he claims the world record, Ronaldo will have done it the hard way, as well as with style.

Cristiano Ronaldo is putting on a show!

He follows up international goal No. 100 with another stunner 🤩 @ESPNFC pic.twitter.com/S1o82BTNnu