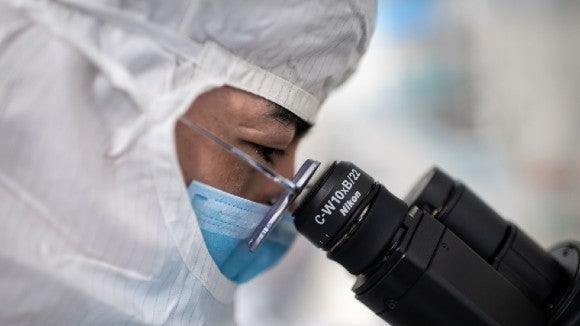 Coronavirus vaccine is now currently being tried in healthy human volunteers in the USA.

The vaccines were made by Germany’s BioNTech and New York-based Pfizer at @nyuniversity Researchers at NY University Grossmam School of medicine worked on it.

The vaccine designers at BioNTech tried to determine which protein parts of the virus were “most noticed by” the human immune system.

So the vaccine “trains” our immune system how to attack if it faces the virus in a future exposure, providing us protection for a period of time.

NYU Grossman School of Medicine and the University of Maryland are the first centers to enroll healthy people for the trial in USA.

The vaccines are being developed by Pfizer and BioNTech.

They have also recently launched a similar, first-in-human trial in Germany as well too.

The study vaccines are called “mRNA vaccines”. If successful, they can quickly be computer-designed and made available for millions of people using high-speed machines.

They also have low risk of infection and immune challenges that come with older vaccines based on live virus.

360 healthy volunteers have already been recruited for this first stage of the study. There would be 8,000 volunteers by the end of the second stage.

So this may not happen overnight and it may take a few weeks to months because pharmaceutical companies have to prove it is safe.

But as soon as pharmaceutical companies show evidence the vaccine is effective and has produced no serious harms, they can apply for US FDA approval.

This approval if granted will allow doctors to administer the vaccine to everyone esp those at high risk of death from the virus.

Remember the UK Vaccine- that is still in the works.

They hope it is ready by September (which experts say is a very ambitious target because it takes months and months of thorough study and trials to prove a vaccine is safe and effective before giving it to millions of people).

One thought on “#COVID-19 : Coronavirus Vaccine currently tried in Human Volunteers in USA”