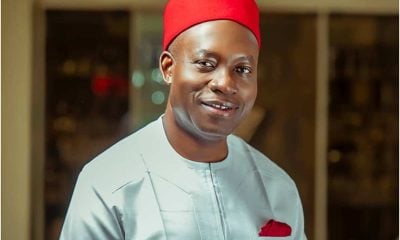 The Anambra state Governor-Elect, Prof. Charles Soludo, Thursday, released the list of transition committee members, which according to him, would liaise with a team to be set up by the state government to ensure a seamless transition from March 17, 2022 when he takes over.

According to a statement by Joe Anatune, Media Assistant to Soludo, the committee would be chaired by Dr Oby Ezekwesili, former Minister of Education, and about eighty members including Dr Alex Obiogbolu, who recently resigned from Peoples Democratic Party (PDP) after serving as Director General of Mr Valentine Ozigbo, PDP’s candidate at November 6, 2021 poll.

The statement noted that full terms of reference for the Committee and mode of operation would be communicated during the inauguration/first plenary sessions scheduled for Awka between January 19 and 22, 2022.

“The members are expected to arrive on Wednesday, January 19 while the inauguration and first plenary sessions start on the 20th. Departure is on the 23rd. The secretariat will take care of the logistics (transport and accommodation), etc,” the statement added.