Some groups wrote to Chicago State University to confirm Tinubu’s status as an alumni, and here is the university’s response dated June 27, 2022.

To whom it May Concern:

Please be advised that Bola A Tinubu attended Chicago State University from August 1977 – June 1979. He was awarded a Bachelor of Science degree in Business Administration with Honors on June 22, 1979. His major was accounting. 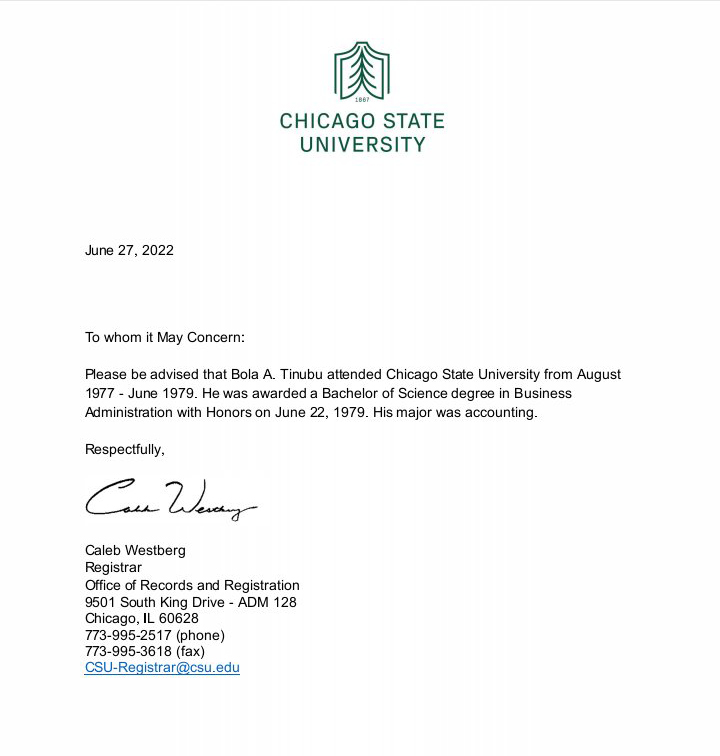 Unfortunately, This would not have been an issue as the main issue is Tinubu’s real age, name and possible perjury… His WAEC or academic certificates would come up with dates which would actually state his real age or some conflicting details in his political journey.