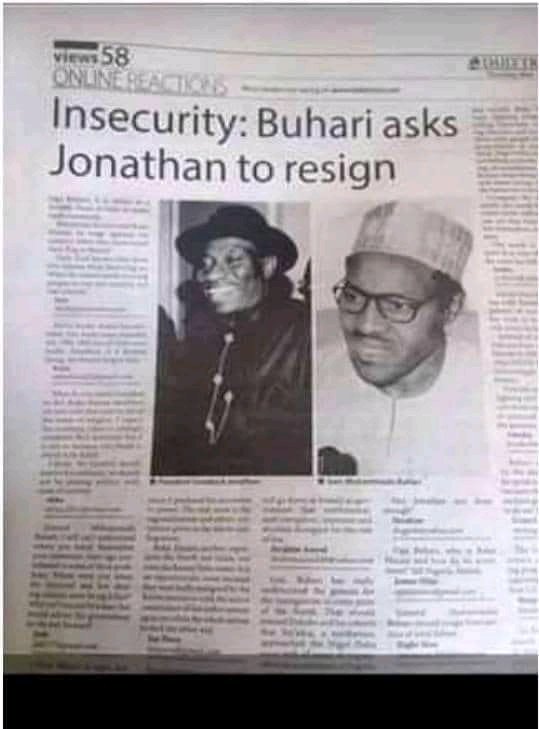 The insurgency in the Northern part of Nigeria has risen to the point where citizens are demanding for the resignation of both the president and the service chiefs, Jkcyno news reports.

This ugly incidence ordinarily needs no excuse from the service chiefs to tender their resignation. Unfortunately, nothing is being done or said in respect to them aside the normal “condemning the act” and moving on as usual.

Read Also : The true origin of Northern Violence, the monsters they created

However, most Nigerians have taken to their only “powerful senate and house of representatives” (Twitter) to vent their frustration and demand for Buhari and his service chiefs to resign.

Buhari must urgently resign from office. The insecurity in Nigeria is too alarming to bear. Buhari and the Service Chiefs must resign before terrorists completely destroy this country. #BuhariMustGo #SackTheServiceChiefs

What..? How the hell did this even seem plausible back then😂🤦🏽? Peep no 2 and 3🤦🏽#SackTheServiceChiefs pic.twitter.com/Rv19sf0cV6

The #SackTheServiceChiefs is only creating a false narrative that they're all that matters in solving the problems, someone promised to lead the battle against BokoHaram in 2015 that person needs to go. Hence #BuhariMustGo is the most appropriate. https://t.co/rzvvAGXpRs