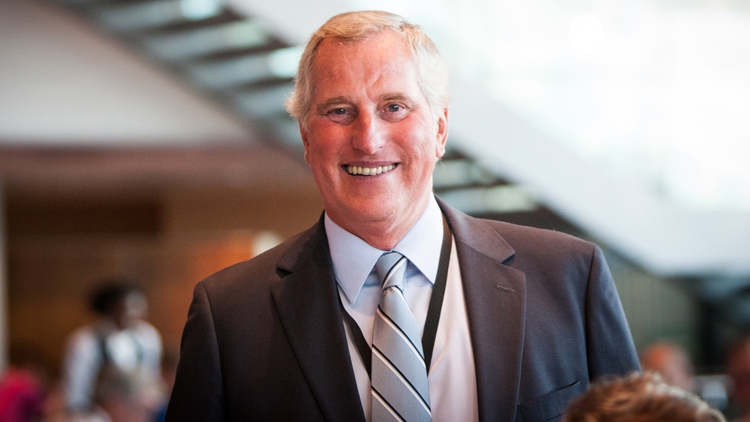 We are devastated by the news that former England goalkeeper and coach Ray Clemence has died at the age of 72.

His passing was announced by his family on Sunday afternoon, in a statement reading: “With great sadness we write to let you know that Ray Clemence passed away peacefully today, surrounded by his loving family.

“After fighting so hard, for such a long time, he’s now at peace and in no more pain.

“The family would like to say a huge thank you, for all the love and support that he’s received over the years. He was loved so much by us all and he will never be forgotten.”

Clemence won 61 caps for the Three Lions between 1972 and 1983 before taking up the role of goalkeeper coach in 1996, remaining with the FA until his retirement 17 years later.

The Skegness-born stopper began his playing career in the Third Division with Scunthorpe United before joining Liverpool in 1967 to begin an illustrious 14-year spell at Anfield.

Clemence’s England debut would come in 1972 – a poignant year for the Three Lions’ goalkeeping position. With World Cup winner Gordon Banks winning the last of his 73 caps in May, Clemence’s debut six months later would mark the start of a decade-long battle with Peter Shilton for the number-one shirt.

While the two custodians alternated between the sticks on the international stage, the domestic honours rolled in for Clemence. In 1973, Liverpool won the First Division title and the UEFA Cup, with the FA Cup and Charity Shield following a year later.

Ray in action for the Three Lions in 1979

Back with England, Clemence continued to win caps with his 50th arriving at the 1980 European Championships – his first tournament with the Three Lions, having missed out on qualification for the previous two World Cup finals. He also captained the side for the first and only time, in a narrow defeat to Brazil at Wembley in the summer of 1981.

A few months later, after 665 appearances for Liverpool, Clemence joined Tottenham Hotspur, winning the FA Cup at the end of his first season at White Hart Lane before being selected in the England squad for the 1982 FIFA World Cup finals in Spain. However, he remained on the bench for all five games with Shilton established as Ron Greenwood’s first choice.

Clemence won the last of 61 caps in the autumn of 1983 but, despite a persistent knee injury, he continued to play for Spurs, receiving his second UEFA Cup winners’ medal later that season as he racked up more than 300 appearances for the north Londoners.

After retiring from playing in 1988, Clemence moved into coaching with Spurs and spent the inaugural season of the Premier League in joint charge of the club alongside Doug Livermore, guiding the club to an eighth place finish and the semi-finals of the FA Cup.

Following a spell in charge of Barnet, Clemence was appointed to the England coaching staff in September 1996 by his former teammate and new Three Lions manager Glenn Hoddle. He would continue to serve in the position for the next six years, under a further five managers in Kevin Keegan, Sven-Goran Eriksson, Steve McClaren, Fabio Capello and Roy Hodgson.

Following an injury to his Achilles at EURO 2012, Clemence moved into the role of head of national teams, working with a number of England’s current senior squad during their time with our development sides before announcing his professional retirement in October 2013.

Away from the field, Clemence was made an MBE in 1987 for his services to football. He was diagnosed with prostate cancer in 2005, giving his support to Prostate Cancer UK while battling the disease himself.

The FA will pay tribute to Clemence at Wembley Stadium ahead of England’s UEFA Nations League fixture against Iceland on Wednesday. Our deepest condolences are with his family, friends and former clubs at this difficult time.

One thought on “Breaking : Ray Clemence is dead”