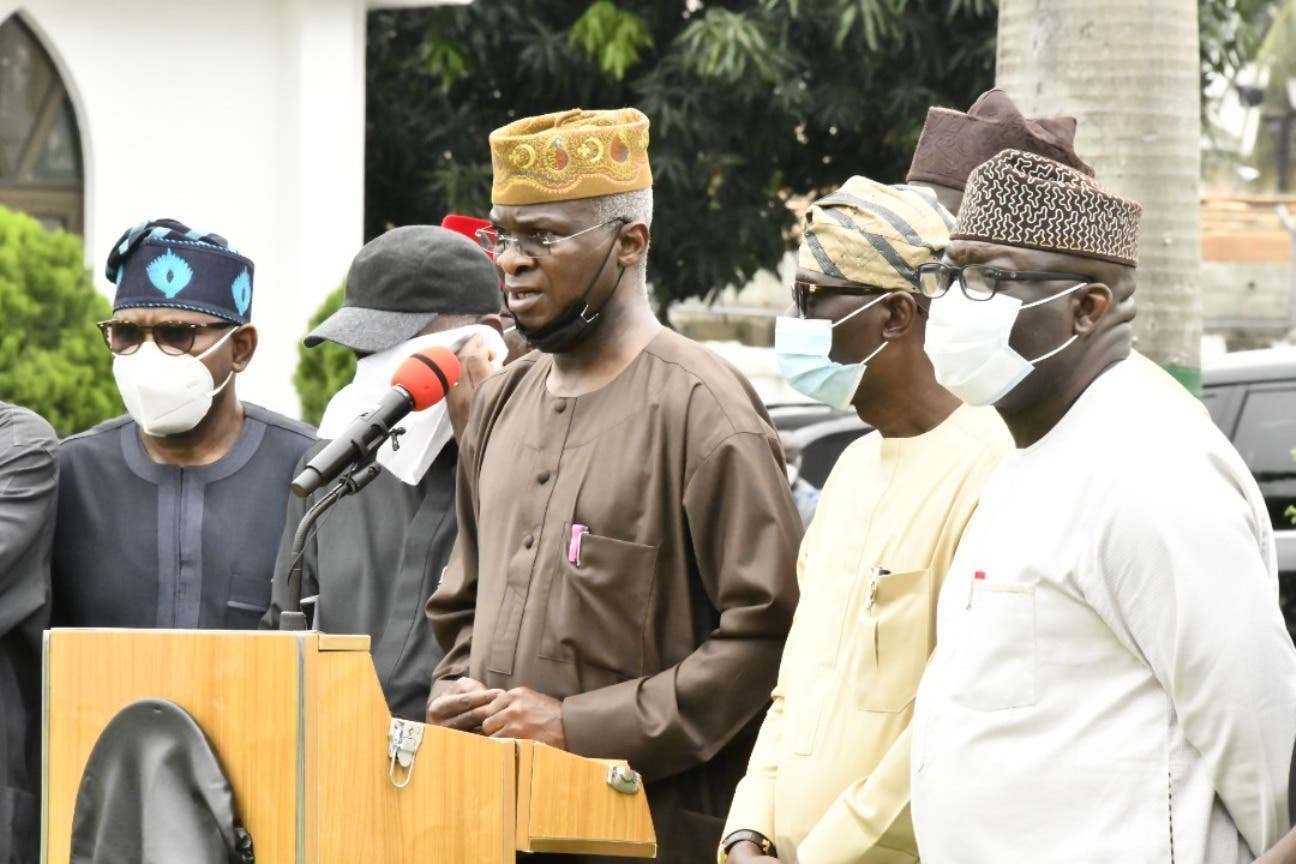 The Minister for Works and Housing, Mr Babatunde Fashola on Sunday, discovered a hidden camera at the Lekki Toll Gate, Admiralty Circle, in Lagos.

Fashola, led a Federal Government delegation on the directive of  President Muhammadu Buhari to commiserate with the Lagos State Governor, Babajide Sanwo-Olu over the loss of lives and destruction of properties in the violence that rocked the state last week.

Rotimi Akeredolu, Seyi Makinde, Babajide Sanwo-Olu, respectively, were on the inspection tour in the company of newsmen.

Fashola who discovered the camera during an on the spot assessment at the Lekki Toll Gate, subsequently, handed it over to Lagos State Governor, Babajide Sanwo-Olu for forensic analysis and further investigation.

Fashola said the camera must have been planted by some subversive elements priory to the reported shootings for ulterior motives.

The minister, who picked up the camera with an aid of a handkerchief, handed it over to Sanwo-Olu, sating, “I think this will help with the ongoing investigations into the shootings at the  Lekki Toll Gate.

“It requires forensic analysis and could be used in the investigations to unravel the mystery surrounding the shootings at the Toll Gate, I believe.”