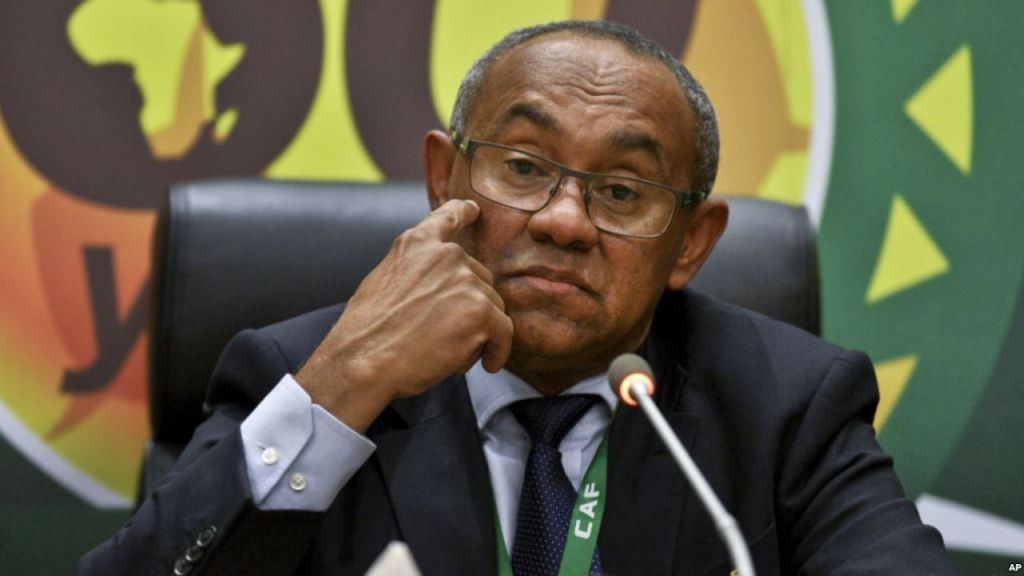 The President of the Confederation of African Football (CAF), Ahmad Ahmad, has been arrested in Paris, the capital of France.

Ahmad was arrested on Thursday by the French police at the Berri Hotel in Paris.

The CAF boss was in the European nation to attend the FIFA congress, which brought about Gianni Infantino’s re-election as President of the governing body.

According to Jeune Afrique, Ahmad was detained at 8:30 a.m. local time, and would face the anti-corruption agency’s Central Office for Combating Corruption and Financial Tax Crimes.

Following his arrest, Amaju Pinnick, the Vice-President of CAF, is expected to assume duties for a transitional period of four months before convening an elective special assembly.

The arrest is reportedly linked to the contract unilaterally broken by CAF with Puma, the German equipment manufacturer, to engage with the company technical steel, based in La Seyne-sur-Mer, France.

He had defended himself last April and given the assurance that all decisions were transparent.

The arrest has reportedly been made due to the president misusing funds of approximately $830,000 after ordering equipment via a French intermediary company called Tactical Steel.

Ahmad had previously denied the accusations, claiming all the decisions were made “collegially” and that the process was “transparent”.

In April, Reuters revealed that CAF secretary general Amr Fahmy accused Ahmad of alleged bribery and misappropriation of funds, according to officials and internal documents.

The documents allegedly disclosed that the African chief had instructed Fahmy to pay $20,000 (£15,256) in bribes into accounts of African football association presidents, which included Cape Verde and Tanzania.

“The Confederation of African Football executive committee took the decision on 11 April to revoke (the position) of Amr Fahmy, the secretary general,” Nathalie Rabe, CAF’s head of communications told Reuters at the time.

“This was a decision taken by the executive committee and I don’t know about the allegations.

After the alleged arrest of Ahmad, FIFA released a statement, which was published on the Twitter account of Tariq Panja, the author of Football’s Secret Trade.

In the statement, football’s governing body make it clear that they will not comment on the FIFA vice-president’s particular situation while underlining its mission to run football in a clean and transparent manner worldwide. (NAN)