Bishop Matthew Hassan Kukah of the Catholic Diocese of Sokoto has denied reports that his residence was attacked by protesting Muslim youths.

DAILY POST had reported that a riot erupted in Sokoto State over the killing of Deborah Samuel, a female student of Shehu Shagari College of Education for alleged blasphemy.

The unrest, according to a resident on Saturday, was following the arrest of the suspected killers of Deborah Samuel on Thursday.

The attackers of the Saturday riot, allegedly led by some clerics, specifically targeted the Catholic and ECWA churches and destroyed them.

Reports also emerged that St Bahkita, which serves as the secretariat of the diocese, was set alight by the thugs.

Reacting, Kukah said his residence was not torched by the rioters.

“No, they did not burn my residence,” he told TheCable. 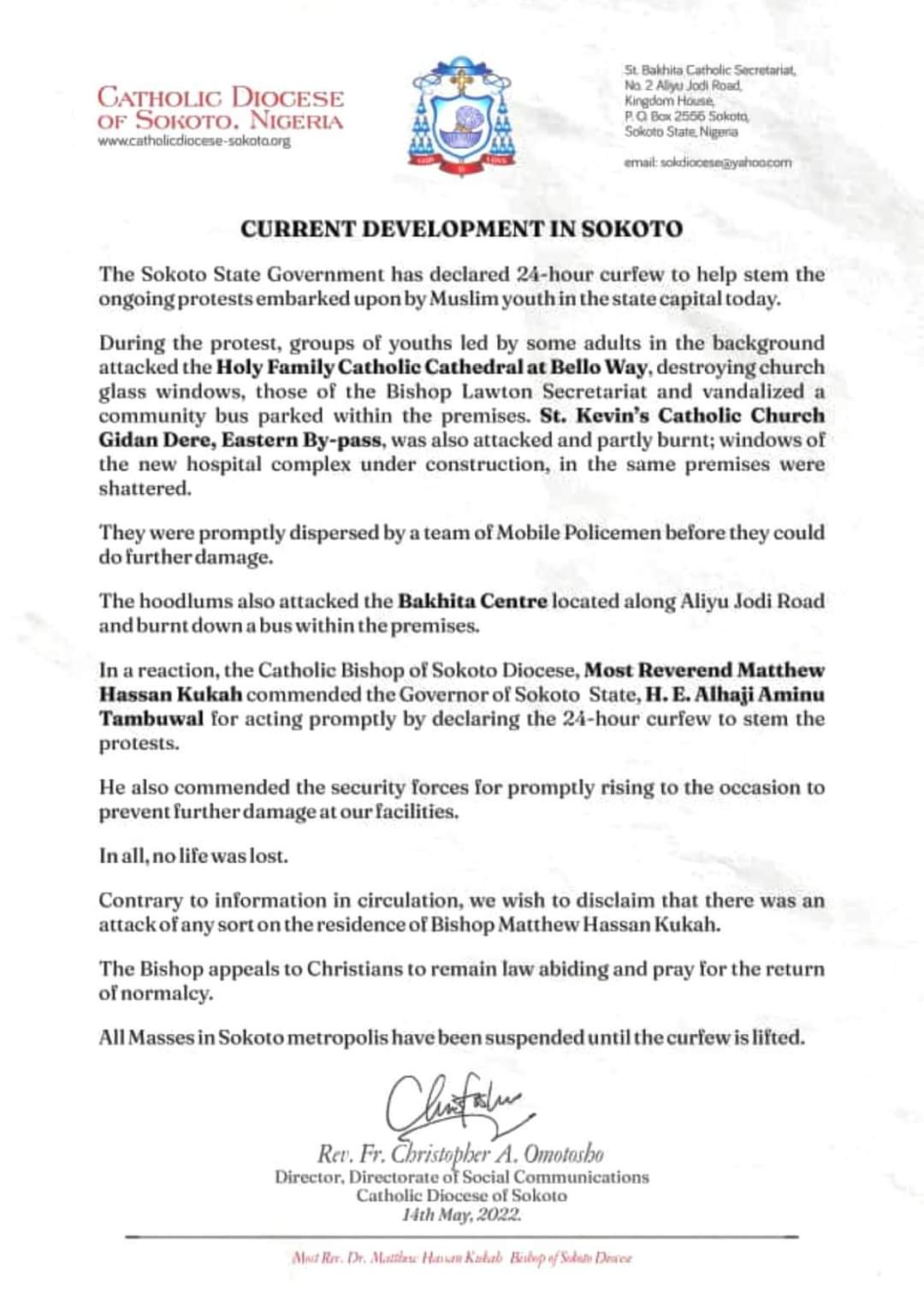